The Germantown White House, also known as the Deshler-Morris House, of Germantown, Pennsylvania is one of the oldest and best-preserved presidential residences in the United States. It is most famous for being the retreat of First President and decorated general George Washington on two separate occasions, once in 1793 and once in 1794. It was also the primary residence of British General Sir William Howe following the bloody Battle of Germantown in the American Revolutionary War. 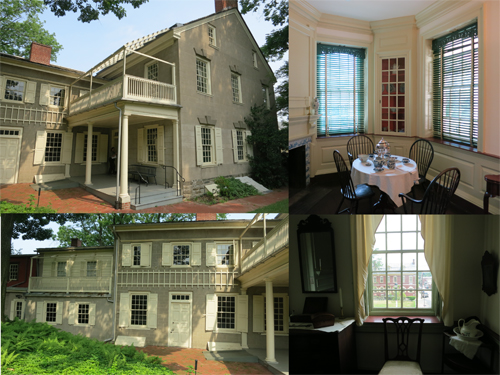 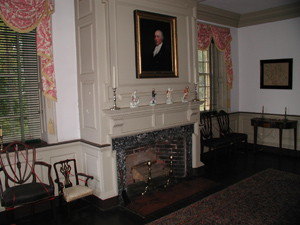 The Germantown White House was originally built by David Deshler in 1752 as a summer getaway, having only four rooms. In 1772, however, Deshler expanded the house upward and outward, adding 9 full rooms and expanding the height to three stories. When Deshler passed away in 1792, his family sold the now-luxury home to Isaac Franks, a Colonel and veteran of the Revolutionary War.

Isaac Franks was in ownership of the house when President George Washington, on a trip back from his home, Mount Vernon, in Virginia, received news of a quarantine in Philadelphia and turned aside to stay in Germantown until the quarantine cleared. This event would come to be known as the Yellow Fever Epidemic of 1793 and would claim the lives of over 5000 Philadelphians. Doctors at the time did not understand the treatment or the spread of Yellow Fever (which is spread by mosquitos, generally among very dense areas of population.)

In order to facilitate continued meetings of his cabinet, President Washington chose to rent the Germantown home that Isaac Franks had purchased a year earlier. He had first stayed in a different home, known then as the Dove House, but then decided that Franks’ Germantown home would be a more suitable temporary residence. While, at first, he stayed there with only a few enslaved servants at his side, his wife, family members, and more slaves arrived later in the stay to accompany him.

Washington’s first stay at the house lasted less than a month but won his approval strongly. He later returned to the house, in the summer months of 1794, to enjoy what he called a “fine airy place” outside of the heat of Philadelphia. During this stay, he brought Martha Washington, his wife, Oney Judge, Austin, Moll, and Hercules, who were enslaved servants he kept close, and two of his grandchildren.

A few years after the Washingtons’ stay in the house, in 1804, Elliston and John Perot purchased the house and maintained it until Elliston died in 1834. Upon his passing, the Deshler house was sold to Samuel B. Morris, who had married into the Perot family. As of the publication of Keyser, Kain, Garber, and McCann’s History of Old Germantown in 1907, the Morris family was still living in and preserving the historicity of the home.

According to Keyser, Kain, Garber, and McCann, even after Samuel Morris’ death in 1859, “great care has been taken to preserve the original appearance of the interior of this stately and interesting old mansion” including the maintenance of “the old sofas and tables, [of which] none have been in the family for less than a century.” Samuel Morris’ son, Elliston P. Morris, inherited the home and was caring for the home at the time that History of Old Germantown was published. The Morris family donated the home to the National Park Service in 1948, and it has been preserved as a historic home ever since.

Garber, John Palmer. Keyser, Naaman Henry. History of Old Germantown: With a Description of Its Settlement and Some Account of Its Important Persons, Buildings and Places Connected with Its Development. Vol. 1. H. F. McCann, 1907. Extensive history of Germantown, available publicly on Google Books