The Madison County Courthouse in Marshall North Carolina was built in 1907 but Marshall had been the county seat since 1855. Construction of the courthouse started in 1906 under the supervision of Richard Sharp Smith most famously known for his influence and design of the Biltmore Estate. Marshall’s courthouse is in the center of town on Main Street overlooking the French Broad River. The land for the courthouse and the town were donated by the Vance family, nearly fifty acres were given to the growth of the town and the county.

Ariel view of the Marshall Courthouse 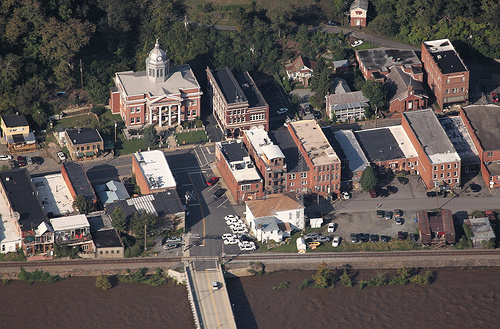 Image of the courthouse 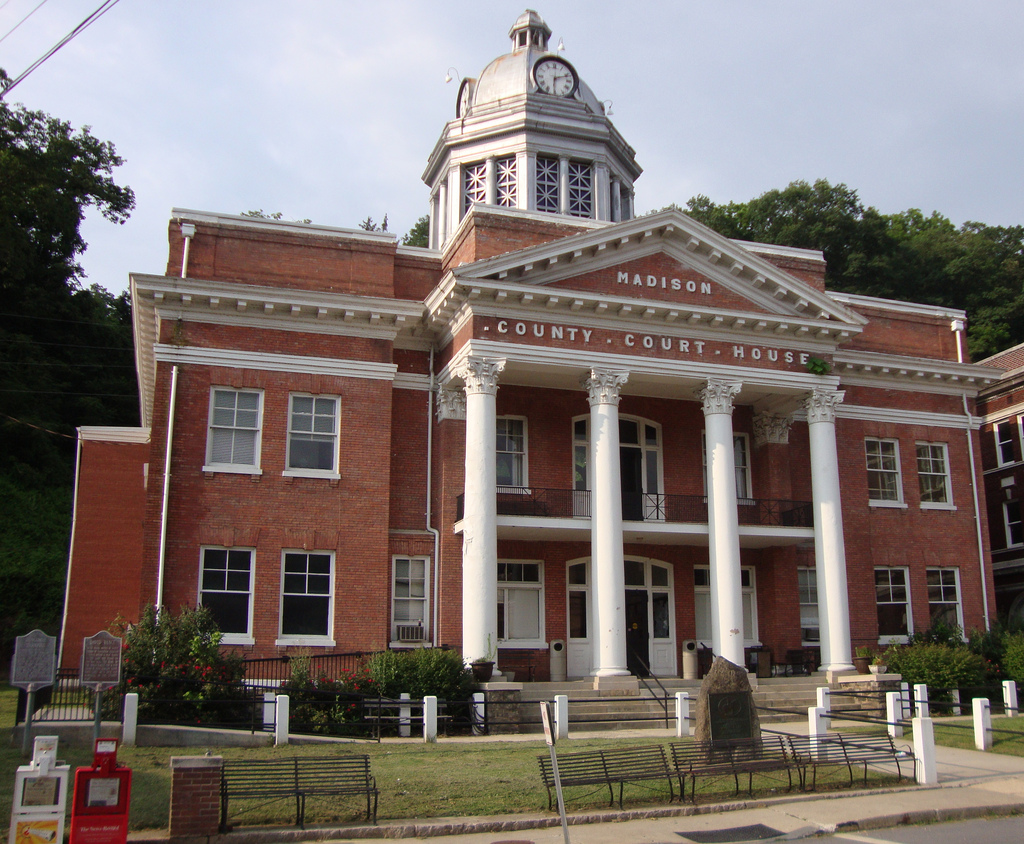 Plaques outside of the courthouse explaining history of the contributor of the land David Vance, and the Asheville Turnpike that ran through the town bringing trade the the town. 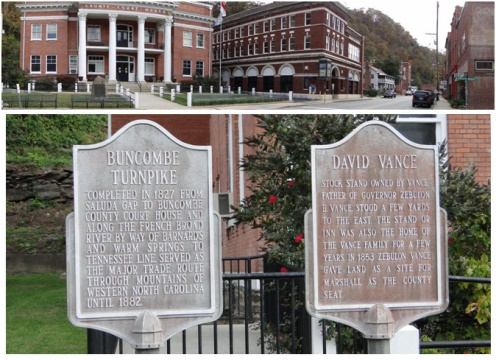 The Madison county Court house was erected in 1907 in the town of Marshall. Marshall had been the county seat for over fifty years before the first courthouse was built. The county had had a debate in 1851 when the county was created on where the county seat should be. The town of Marshall lost to the town of Jewel Hill by one vote. Jewel Hill held the seat for four years before another vote was taken to move it to Marshall. Jewel Hill still housed the courts and county government for another four years while the first Marshall Courthouse was being built. In 1859 Marshall took on its role as the full county seat of Madison.

Amongst the triumph of winning the county seat Marshall had gone through a name change. The legislator of the county had passed laws forbidding the county seat from being within two miles of the French broad river. This helped keep the seat away from Marshall in the 1851 vote. But at that time the town of Marshall was called Lapland. The name Lapland was changed to Marshall to Honor the Supreme Court judge John Marshall. Lapland fell to history as the new town of Marshall began to grow with lands being donated to its expansion by the David Vance family.

The Court House itself was built by Richard Sharp Smith, who also was the head architect for the Vanderbilt family and designed and built the Biltmore Estate. Smith built this courthouse as a gesture by a past employer. Smith had built the J. H. White house overlooking the courthouse four years prior. Mr. White mentioned Smith in the vote and was chosen to build on a piece of land overlooking the French Broad River. The Court house is a two story “Neo-Classical Revival brick structure”. The stories are split using the court rooms on the second floor while the office and records room used up the first. The building cost $30,000 to build but has been voted on as one of the most impressive courthouses in the state due to the cupola. The cupola is a four stage polygonal structure with clocks on each imposing face. Above the clocks is a lantern to signify the status of a blind justice.