Boscobel is a historic house museum set within a restored early 19th century home located in Garrison, New York. It was built between 1804 and 1808 by States Morris Dyckman and his wife Elizabeth, who over saw its completion after States passed away in 1806. The house was originally located near Montrose, New York but was moved to Garrison in 1955 after it was threatened by demolition. It was restored and opened to the public in 1961. The house is situated overlooking the Hudson River Valley and the USMA at West Point can be seen from the distance. The house contains one of the the best collections of American decorative arts and New York furniture from the Federal period. 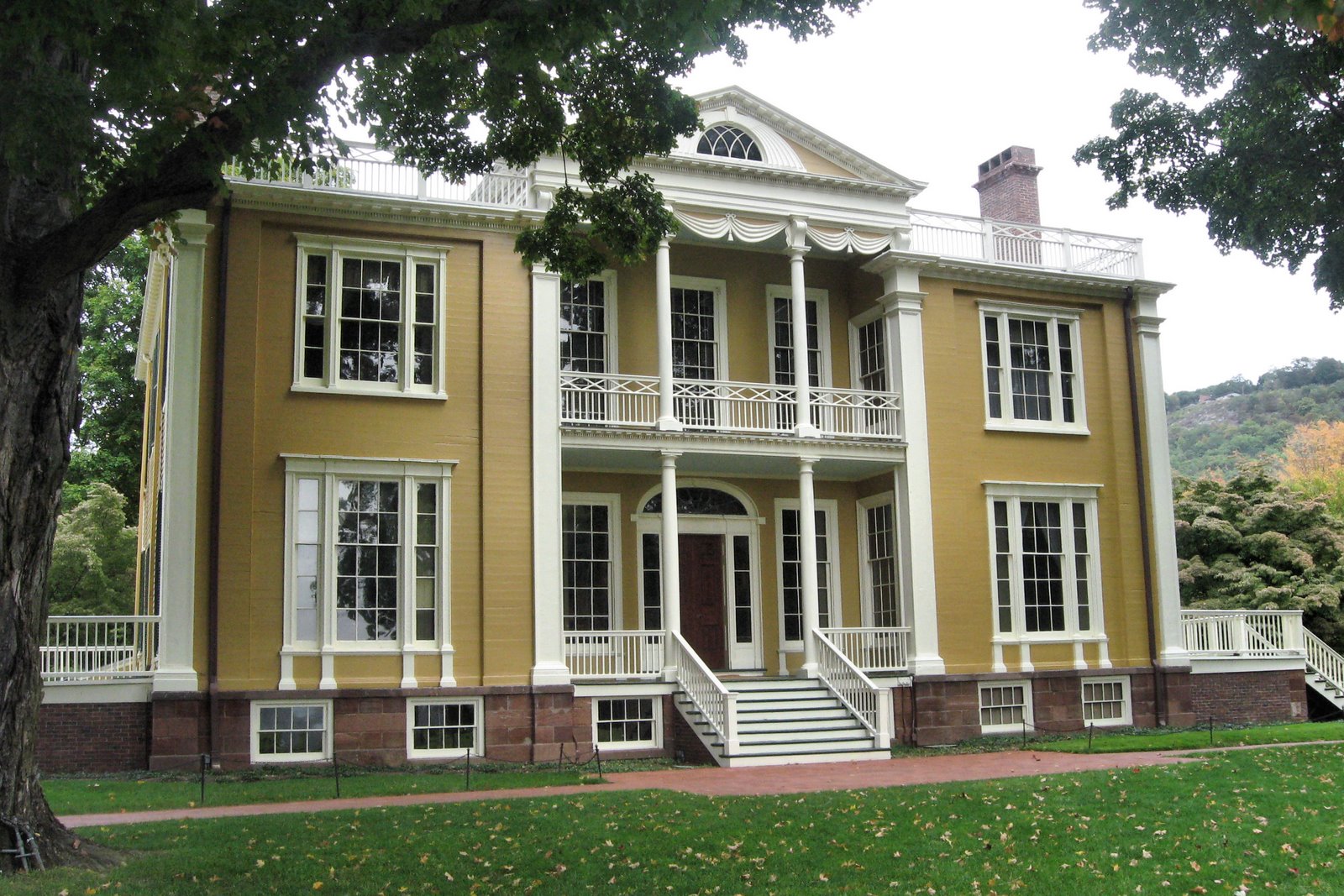 Boscobel offers guided tours of the house and grounds 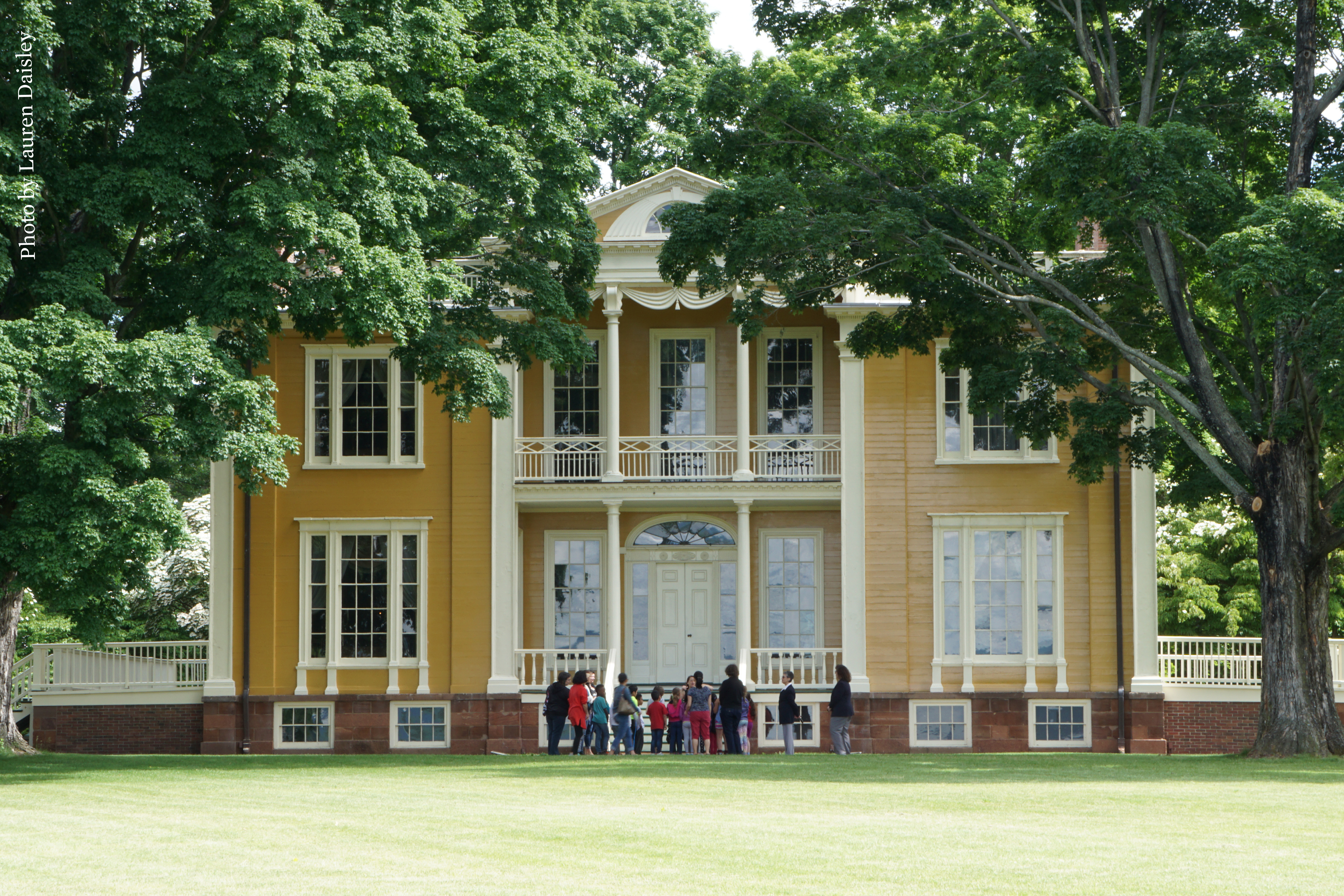 Boscobel was constructed between 1804 and 1808 to be the home of States Dyckman. Dyckman was the descendant of some of the area's earliest Dutch settlers and managed to retain his fortune despite being a Loyalist and working for the British Army during the American Revolution. Boscobel is the only house museum in the Hudson River Valley that was built by a British Loyalist.

After working in London for a number of years, Dyckman returned to the United States in 1803 and began planning his home. During his time in England, Dyckman associated with many wealthy Britons and was perhaps inspired by the homes he visited there. He also acquired numerous furnishings and and decorative objects that he had shipped home. Construction on Boscobel began shortly after his return in 1803.

Boscobel remained in the Dyckman family until 1920, and in the ensuing years, the home faced demolition on numerous occasions. After the Veterans' Administration built a hospital on the property, demolition of the mansion was imminent until it was saved by a group called Friends of Boscobel. Lila Acheson Wallace, a co-founder of Reader's Digest, donated $50,000 for the home's preservation and relocation to a new site.

The restored home opened to the public in 1961. It underwent another restoration in 1977 to make it more as it appeared in Dyckman's plans. Boscobel is regarded as having one of the nation's finest collections of furnishings and art from the Federal period and is listed on the National Register of Historic Places.

My name is Kurt Rhoads, and I am delighted you decided to visit us today. My wife, Nance, and I will be your guides on this virtual tour. Please start walking along this red brick path. It's not the yellow brick road, but while you are with us, you will meet some extraordinary people and hear their wonderful and hair-raising stories. Nance and I moved here a number of years ago because this place is full of history, and one of the most beautiful places in the world. We think so anyway - we hope you'll agree. If you haven't already visited the mansion, you must take a guided tour of it by one of our docents. They'll tell you what went on inside Boscobel. We'll tell you what happened outside. Now, you have a nice decision to make: What story to hear first?

You wouldn't be looking at this magnificent house without the dedication and quick thinking of local historian Benjamin West Frazier and the generosity of Lila Acheson Wallace. Without them, Boscobel would not be here at all. But I am getting ahead of the story. It actually begins over two centuries ago. Boscobel was the dream of States Dyckman who was a Loyalist, or Tory, during the American Revolution. Well after the War was over in 1794, he married Elizabeth Corne, a young woman from a distinguished New York family. He envisioned this lovely place for her.

The House Is Saved

Soon, in Montrose, New York, a house wrecker would be pulling up in his truck and going to work. Boscobel would be gone. When historian Ben Frazier, who lived here in Garrison, heard what was happening, he sprang into action and managed to raise $10,000 to buy the house, delaying the wrecker’s ball at the last minute. Miraculously, in the 1930s, the house had been carefully drawn and measured by architecture students. So after it was bought, it was dismantled and the pieces were carefully numbered and brought here to Garrison by truck. That took over five months in 1956. People who cared stored it in their garages, sheds and barns. There, it waited for another life, in pieces

The Iconic Architecture of Boscobel

Stand back for a minute and look at this beautiful house. It’s easy to see why it’s been called a superb example of Federal architecture. But what does that mean? Well, first of all, the house reflects the way its owner, Loyalist States Dyckman, wanted to present himself – apparently as a fine country gentleman. So he used the style fashionable in England at the time, which reflected Italian styles rooted in ancient Greece and Rome. For example, the center of the house, with the pillars, is meant to remind us of a classical temple on a hill. Doesn’t sound very English. In fact, an Italian architect named Palladio came up with the idea back in the 16th century.