Founded in 1993 by early aviation enthusiast Cole Palen, the Old Rhinebec Aerodome is an aviation museum dedicated to aircraft from Pioneer, World War I and Lindbergh era aircraft. The museum also contains vehicles, engines and related equipment, documents, memorabilia and other artifacts from the time period. The museum puts on air shows on Saturdays and Sundays from mid-June to mid-October. The museum owns the 1909 Bleriot, the oldest flying plane in the country. A model airplane museum is also on the museum grounds.

The museum buildings and runway 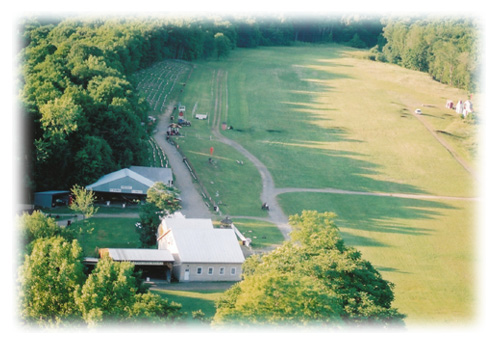 Cole Palen established the museum in 1993 but his love for early aviation goes back much further. After serving late in World War II, he returned to New York and enrolled in the Roosevelt Aviation School at Roosevelt Field, Long Island to train as a mechanic. When the field closed in 1951, they sold its aircraft, including three WWI planes to Cole (who spent his savings on the purchases). He brought them back to his home in upstate New York. In 1959, he bought an old farm and slowly built it up, including building a runway. Over time, he collected more planes, vehicles and other items. He also started doing airshows, the first of which occurred in 1960. He decided to found the museum in 1993 after he had a stroke early in the year. He passed away in Florida and his wife died in 2002.