The Blenko Glass Company is one of a handful of glass factories remaining from what was once one of the largest industries in West Virginia. The company was founded in 1921 by British-born glass maker William Blenko, who had several previous unsuccessful glass ventures across the country. Blenko Glass survived the Great Depression by diversifying to make decorative pieces, which remain a staple of the company. It has survived the decline of the glass industry and today is a popular regional attraction. Blenko offers daily tours of the factory and features a glass museum and gift shop. 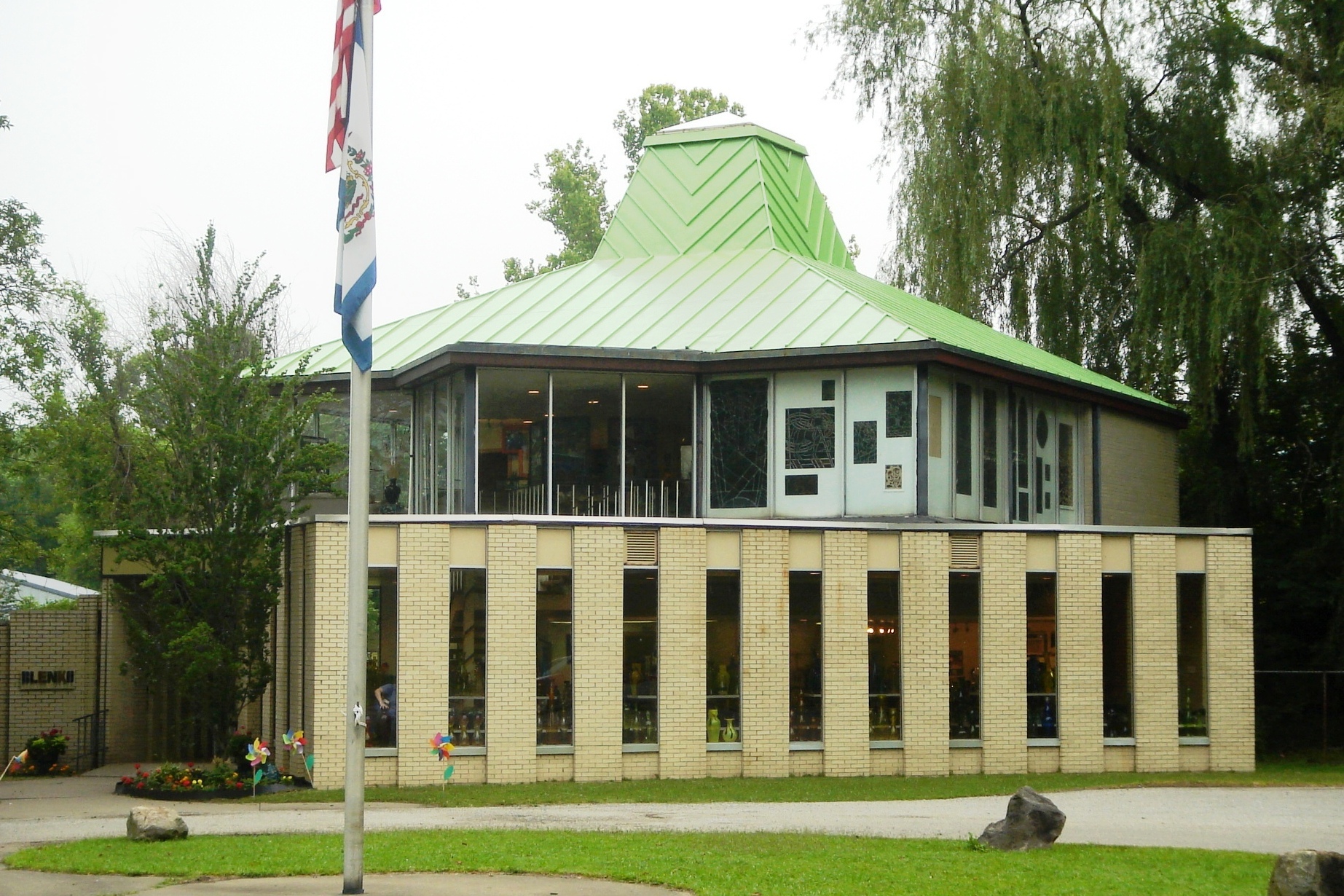 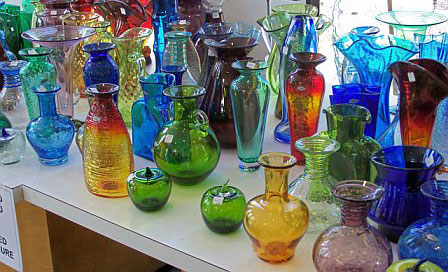 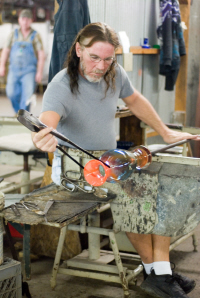 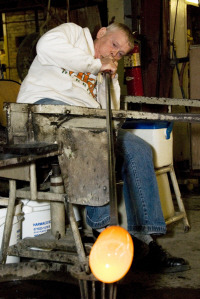 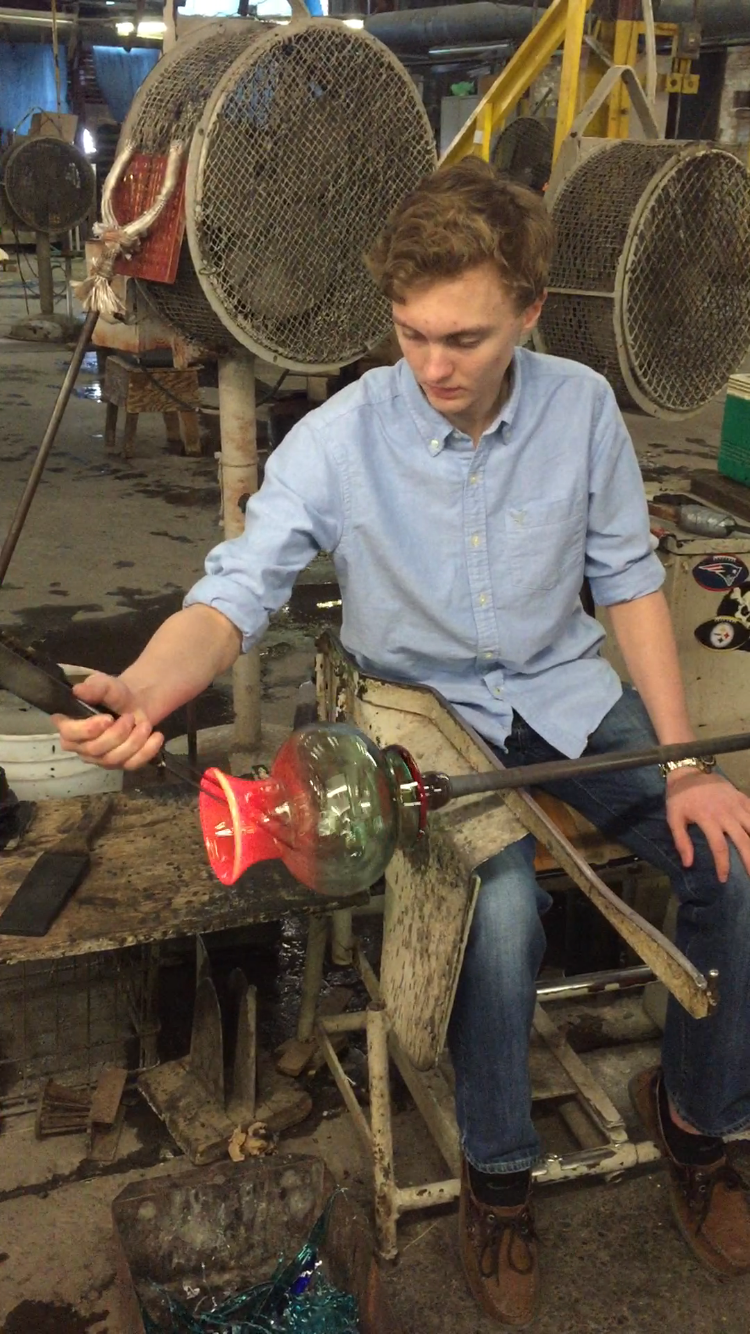 Glass making was historically a major industry in West Virginia. An abundance of cheap natural gas and glass sand made the state an ideal location for glass production. The industry began to develop in earnest at the end of the nineteenth century as the construction of railroads made West Virginia more accessible to the rest of the country. Hundreds of glass companies opened across the state, manufacturing products such as bottles, tableware, and windows. At its peak around 1910 glass factories employed 7,500 workers in West Virginia, making it the fourth-largest industry in the state.

William John Blenko was born in London, England in 1854. He received training as a glass maker and set up a small business making glass pieces himself. In 1893 he immigrated to the United States and opened a stained glass factory in Kokomo, Indiana. The business failed, apparently because American window companies preferred European stained glass over domestic products, and Blenko went back to England. Blenko returned to the United States in 1899 and attempted to run glass factories in Point Marion, Pennsylvania, and Clarksburg, West Virginia. In 1921 he opened his final factory in Milton. Reportedly he was attracted to the town due to its close proximity to the Chesapeake & Ohio Railway as well as the cheap price of natural gas.

The Blenko Glass Company, originally named the Eureka Art Glass Company, initially specialized in producing stained glass. Examples of Blenko stained glass can be found today in the U.S. Air Force Academy Chapel, the Heinz Chapel at the University of Pittsburgh, the National Cathedral in Washington D.C., and the Cathedral of Rheims in France. During the early 1930s the company was hit hard by the effects of the Great Depression. In order for his company to survive, William Blenko decided to diversify its products. Two glass craftsmen from Sweden were hired to train the employees in making different glass pieces. Soon the company was manufacturing a variety of glass tableware and decorative pieces. By the 1940s Blenko Glass had developed a national reputation, and was featured in publications including National Geographic and Time magazine.

Today the Blenko Glass Company remains owned and operated by descendants of William Blenko. It is one of only four glass factories remaining in West Virginia, and survives primarily by selling decorative pieces. They remain popular collectors’ items. Blenko also makes special orders, such as the glass trophies for the Country Music Awards. The glass factory has become a local tourist attraction in Milton; it contains a visitor’s center, gift shop, and a museum of glass pieces from throughout the company’s history. On weekdays tours of the factory are offered, where visitors can view workers making hand-blown glass. Blenko also offers glass-making classes on occasion, and hosts an annual Festival of Glass.