The Hyde Park Railroad Station was built by the New York Central Railroad in 1851 to connect New York City to Albany. The original 1851 station was torn down. While not a large station, it was an important one and served many nearby communities. President Franklin Delano Roosevelt used the station often and welcomed King George VI and Queen Elizabeth here in 1939. Passenger service ended in 1958 and some years later the station was sold to the city. The Hudson Valley Railroad Society bought the building in 1975, saving it from demolition, and continues to operate it today as a museum full of memorabilia and historic photos. 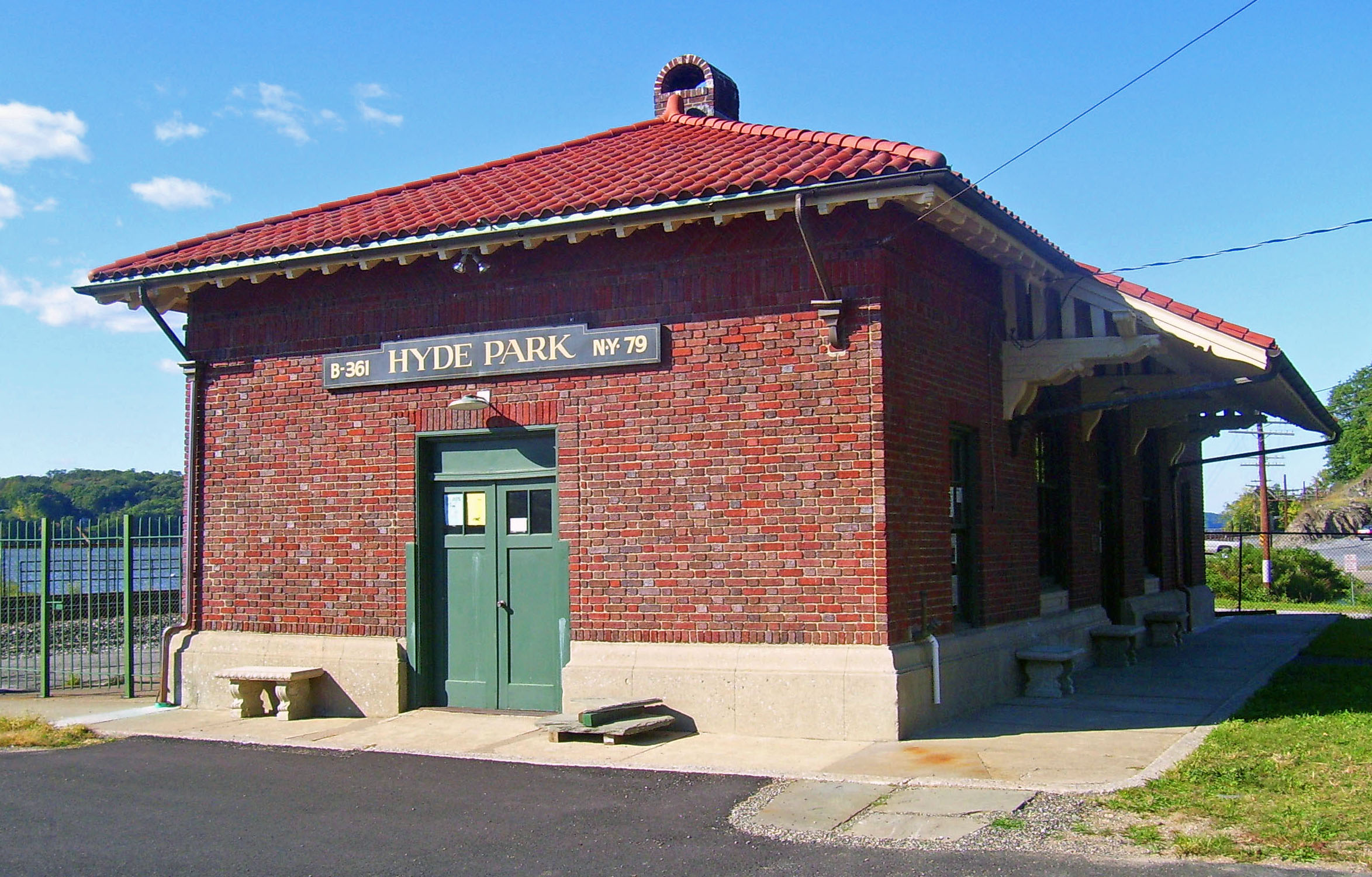 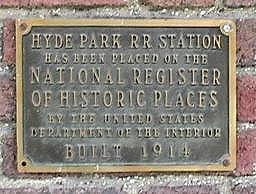 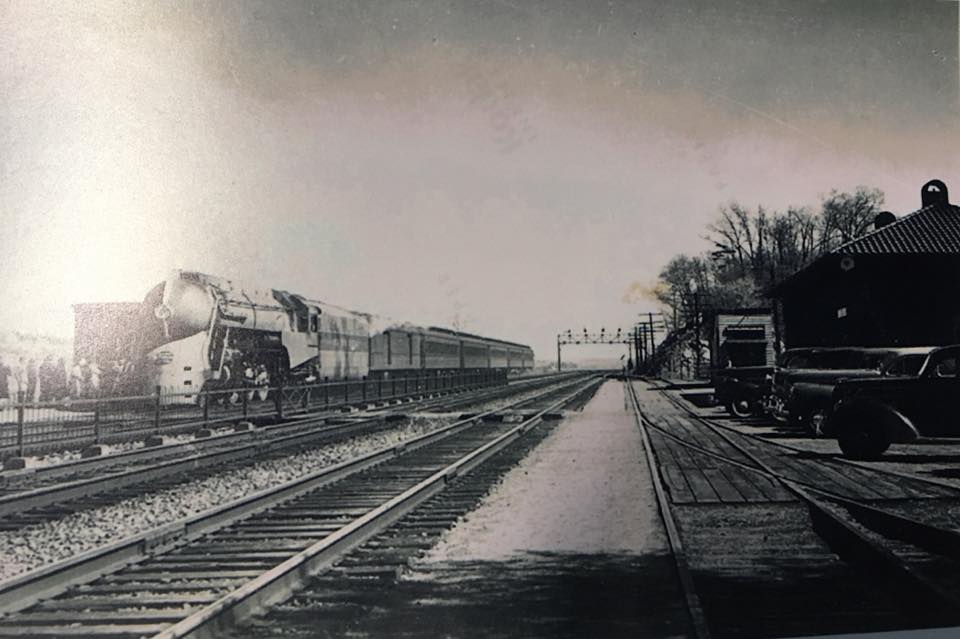 The first Hyde Park Railroad Station located at River Road was built in 1851 as a simple one-story wooden building. The year the station was built, scheduled passenger service began. At the time, the Hudson River Railroad's tracks ran just north of Hyde Park in Poughkeepsie, running the "Water Level Route" to Albany. In 1861, the station gained notoriety when Abraham Lincoln's inaugural train came through Hyde Park. Just four years later, his funeral train also ran through the town, going the opposite direction of the inaugural train. The Hyde Park Railroad Station that still stands today was built in 1914. A new and larger station was needed when the New York Central Railroad added two more rails to its tracks in 1913, making it a four-track railroad. Because of the additional tracks, there was not enough room at the old station and the new one was constructed. The Hyde Park Railroad Station was not the only station demolished, all of the stations along the line, from New York City to Albany, were torn down and new ones built to accommodate the tracks.

The Hyde Park Railroad Station looks similar to Grand Central Station in the fact they both have a lofty use of vertical space, only Hyde Park's is much smaller in size. The two are similar in design because the architects that designed Grand Central Station, Reed and Stern and Warren and Wetmore, also designed the Hyde Park Station. Originally, the station was lit by gas lamps, though there was electric wiring that was not yet connected because electricity did not run down River Road. Hyde Park's most famous native, Franklin Roosevelt, grew up just a few miles down the road from the station. The station was used often by the Roosevelt family, especially when FDR was governor of New York and would travel to and from Albany. It was most famously used when King George VI and Queen Elizabeth visited in 1939. After FDR's death in 1945, his funeral train arrived at the station and he was laid to rest in the Rose Garden of his home. The Hyde Park Railroad Station also had importance during World War II, moving troops and important figures who would come to Hyde Park to meet with the president.

After 102 years of regular service, in 1953, the Hyde Park Station suspended regular passenger service and the New York Central listed the station on its list for the last time in 1958. The next year, portions of the movie North by Northwest starring Cary Grant was filmed in Hyde Park, and the railroad station was used as a backdrop. Then, New York Central sold the station to the Town of Hyde Park. For a brief time in the 1970s, Hyde Park agreed to loan the old station to a group of teenagers to use it as a center for teens. They made some improvements to the historic building before abandoning it and the building was badly vandalized. By 1975, Hyde Park was about to tear the station down, even bringing in a bulldozer. Just before demolition, the Hudson Valley Railroad Society took possession of the station and saved it. With help from IBM, the station was restored enough to film scenes for the TV mini-series, Eleanor and Franklin. The Hudson Valley Railroad Society continues to raise money to restore the station and they pay the Town of Hyde Park annually. Today, the Hudson Valley Railroad Society operates a museum at the Hyde Park Railroad Station. At the museum, visitors can view a variety of historic photos, model train sets, and more memorabilia.