Fort Bishop (also known as Fort Hill (1) and Fort Gallup) was built during the final year of the Civil War and named in honor of Captain William Bishop of the 109th Ohio Infantry. Union troops began construction of the fort on September 23, 1864. Fort Bishop was located on the top of what is now called Tower Hill, in Louisa, Kentucky. The location and design of Fort Bishop aimed to provide the occupants with the capacity to occupy the town of Louisa and defend it by holding a superior position on one of the town's highest points. This hillside fort featured twelve-foot trenches that surrounded artillery positions, giving Union troops the ability to command the roads and the Big Sandy River. It included seven guns and was never completely finished before the end of the war. The fort was abandoned at the end of the war, while the various Union encampments were also abandoned and civilians resumed control of several buildings in the town that had been used as hospitals and barracks. 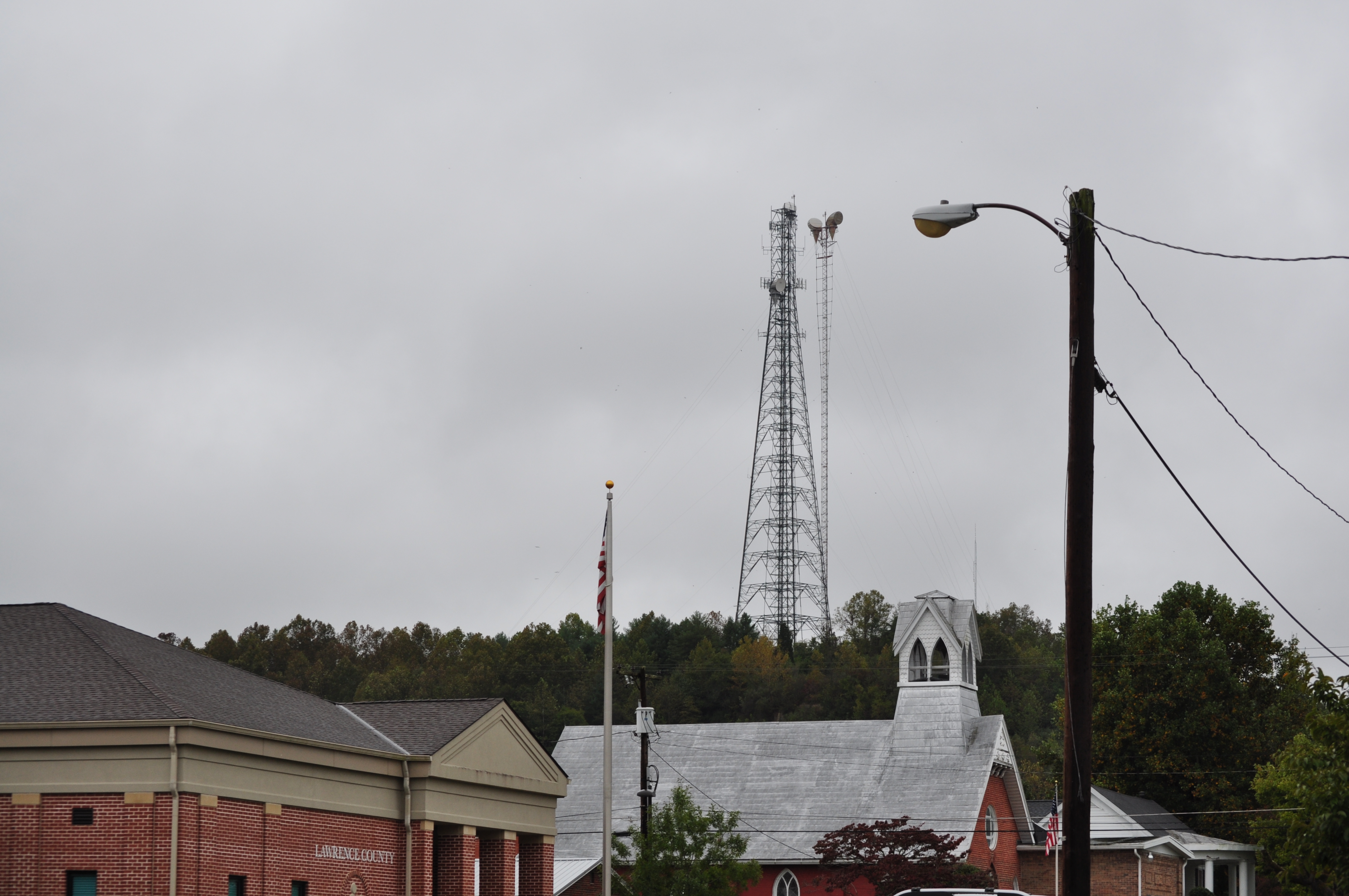 Fort Bishop Historical Marker Located on the Left hand side of route 2565. You can see the sing after you pass Big Sandy News. 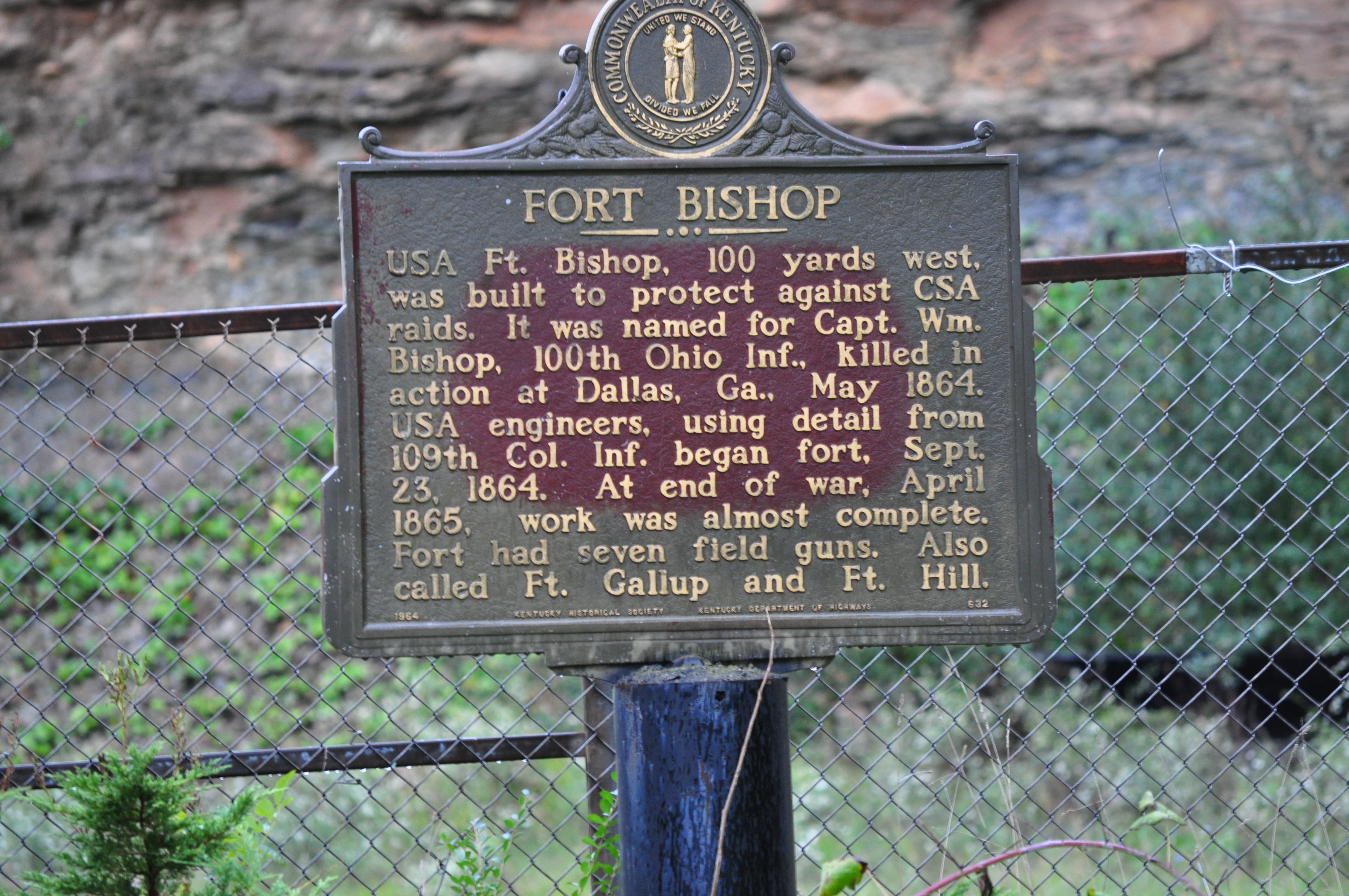 Picture of Fort Bishop from the Civil War Era Picture from http://www.rootsweb.ancestry.com/~kylawren/LCM_CW_Fort_Bishop.htm

Want to learn more about the Civil War in Kentucky? This book from the University of Kentucky Press offers a concise summary-click the link below for more information. 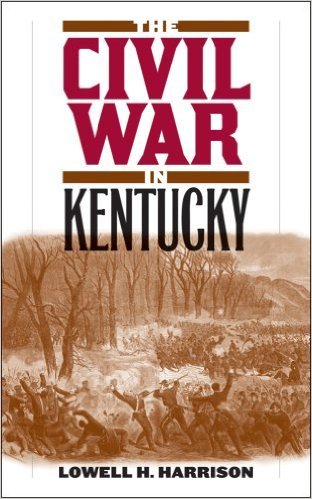 Fort Bishop was part of a line on Union defenses intended to maintain Union control over Kentucky. Although Lawrence County, Kentucky did not see any large battles, several smaller skirmishes took place within the borders of the county in the early years of the conflict. Confederate sympathizers were also known to operate throughout the region.

Union troops built several encampments within the borders of Lawrence County, such as Camp George at George’s Creek. This field camp served as the temporary home for troops under the command of Colonel Garfield in 1862. Camp Murray was also a Union Camp near George’s Creek. Camp Moore, located near the Lawrence/Johnson County line at the bottom of Brown’s Hill, was a field camp during Garfield Campaign. Also during the Garfield Campaign was Camp Pardee, named after Major Pardee. Camp Lookout, located in Louisa, was a permanent Union camp. Camp McClure, also located in Louisa, was the home of McLaughlin’s Squadron.There was Camp Peach Orchard located at Peach Orchard. Camp White was a permanent Union camp during the summer of 1863. Camp Wallace was located in Louisa and used as a recruiting camp for the 14th Kentucky Infantry.

During the fall of 1861, as well as during Garfield’s Eastern Kentucky Campaign, several of Louisa's buildings were commandeered as military hospitals, including the First Methodist Church, and Judge Stewart House. The local courthouse served as barracks for Union soldiers while the jail near the courthouse served as a guardhouse.