Wayside Inn has accommodated visitors from 1797, when it opened as Wilkenson's Tavern. Once a stagecoach stop, this historic site site now operates as a bed and breakfast, restaurant, and popular venue for weddings and other events.

Opened as a tavern and stagecoach stop, this historic site continues to accommodate travelers with 22 guest rooms 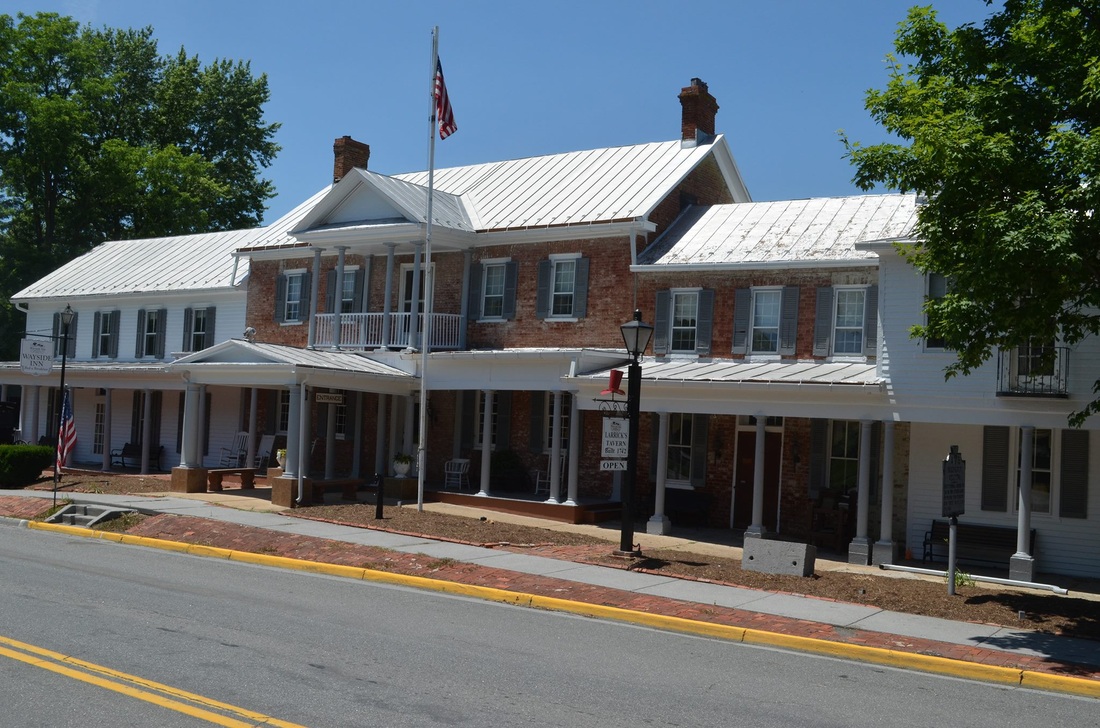 Wilkensons Tavern opened in 1797 and served travelers on the Valley Pike-a historic road that is now home to Virginia Route 11. The tavern was a popular stagecoach stop. In those days, a servant boy was used as the best form of communication. The boy would go out to the highest hill and patiently await the arrival of the expected stagecoach. Once the coach passed, he would run back as swiftly as possible and inform them to be expecting the stagecoach. This allowed for warm meals and drinks to be awaiting them when they arrived.
Wayside Inn also played a role during the Civil War, as soldiers on both sides of the conflict used the Inn as a refuge and a place to acquire food and shelter. Prior to the war, Jason Larrick purchased the inn and changed the name to the Larrick Hotel. A few years later, the Inn sold again and was purchased by a gentleman names Samuel Rhodes. Rhodes changed the name to the Wayside Inn which is still the name to date. After roads became paved, the Inn then proclaimed itself to be “ Americas First Motor Inn.” The inn has also became famous in the area for its potential haunting, with one of the television shows about paranormal activity visiting the historic inn.