Museum created to display collections, relative to the military history in the state of Oklahoma. This museum also provides the Oklahoma National Guard and its visitors with an educational tool that will help enhance the knowledge and appreciation of the State of Oklahoma's citizen soldiers and their participation in the history of the United States. 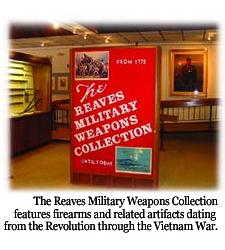 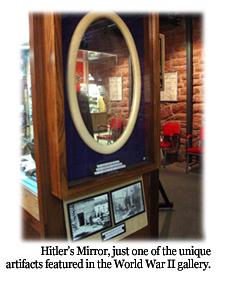 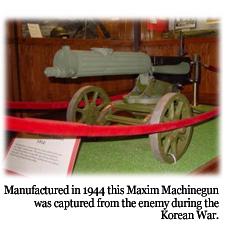 The 45th Infantry Division Museum was create in 1965 by an Act by the Oklahoma State Legislature.  In 1974, the Lincoln Park Armory became available and became the permanent home of the museum.  Throughout the years, the Armory housed several Oklahoma Army National Guard units, including the 45th Infantry Division Headquarters and Headquarter Company.

The Museum is home to several exhibits from Oklahoma's history.  These exhibits are made up of the Reaves Military Weapons Collection, World War II exhibit, Korean War exhibit, Hall of Flags, Supporting Forces, and an Infantry and Artillery exhibit, as well as several others.

The World War II exhibit holds many artifacts from The Thunderbird's trek across Europe during the war.  The most revered artifact that is displayed in the exhibit is Adolf Hitler's mirror taken from his Berlin Bunker.

These are just two of the outstanding exhibits that are located in the 45th Infantry Division Museum.   The best thing about this museum is that it offers Free Admission!!