Like many of the Colonial Era homes in Germantown, Pennsylvania, “Grumblethorpe” was once the summertime retreat of a Philadelphia businessman and his family that later become a long-term residence following the Yellow Fever epidemic in 1793. Grumblethorpe, which was also frequently known by the name “John Wister’s Big House” after the name of its builder and owner, not only survived the American Revolutionary War but earned a permanent name for itself as the final resting place of British Brigadier-General James Agnew, whose bloodstain is, according to the current keepers of the house, still visible on the floor where he died. 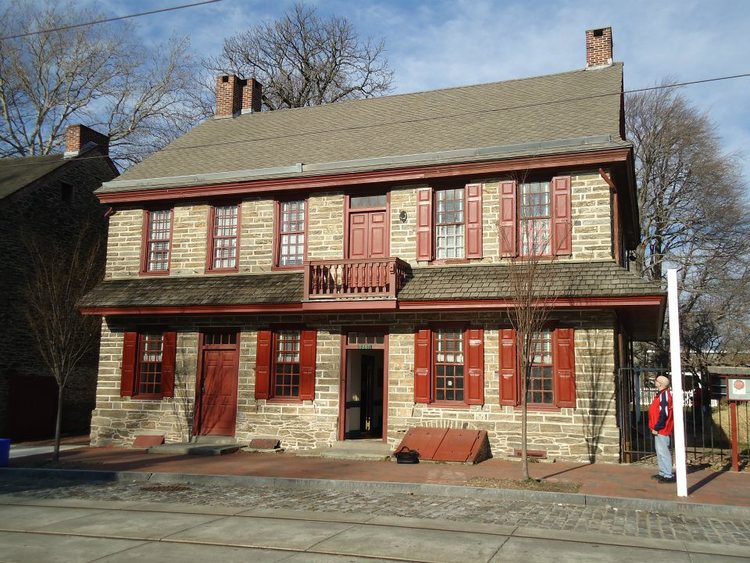 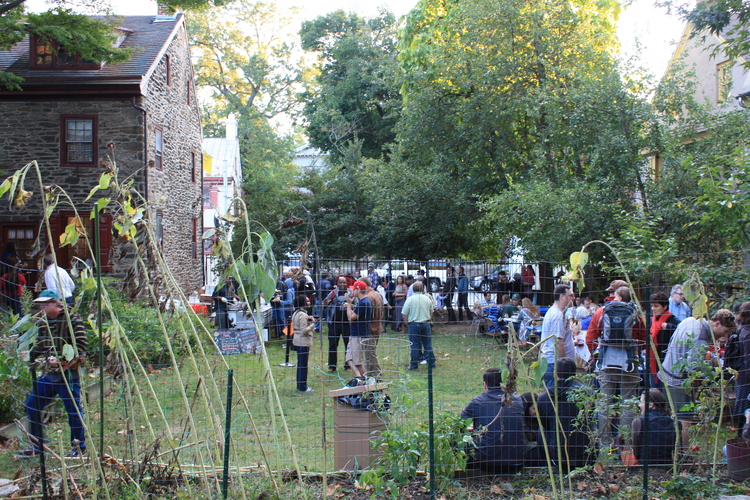 John Wister built Grumblethorpe in 1744 to serve as a summertime retreat for his family and himself.  At the time of Grumblethorpe’s construction, Germantown was rising as a vacation town among the elite of the colonies.  Germantown would, over the years, serve as a restful destination for many of the most influential names in early American history, including First President George Washington and founding father, Thomas Jefferson.  Many of the homes in Germantown, including Grumblethorpe itself, were also conscripted and occupied by British army forces during the late Revolutionary War.

While the period of Grumblethorpe’s history that unfolded during the Revolutionary War is perhaps its most eventful on the surface, the Wister family and their home were actually significantly influential on the area in a number of ways beyond their ties to the events of the Revolutionary War.  Most notably, the gardens of Grumblethorpe served to play a major part in the definition of the horticultural landscape of the greater Philadelphia area, both because of the scientific pursuits of the Wisters and the remarkable fertility of the soil on the property.  In fact, two acres of Grumblethorpe’s land have been – at least in part – preserved to this day.  According to the current keepers of the property, PhilaLandmarks, a Ginkgo tree which was brought from England as early as 1754 still grows on the property.  This tree is the earliest known specimen in North America.

Most influential in Grumblethorpe’s horticulture was Charles Wister, Sr., the grandson of John Wister.  He was a skilled and devoted scientist, building the property’s oft-visited observatory and publishing a detailed weather diary which has been referenced for decades following its publication.  Interestingly, it was he who gave the manor its curious name.

In 1777, during the heat of the American Revolutionary War, British General James Agnew moved into the home with some of his men.  As it would turn out, battle would erupt in Germantown just days later.  The Battle of Germantown was a chaotic fight which would prove to be a bloody, yet influential, battle for the Continental Army under George Washington.  Sudden fog and inclement weather led to mass confusion among both British and Continental troops.  In an ill-fated charge, General James Agnew rode his horse ahead of his troops, directly into a group of Continental soldiers.

In the ensuing chaos, General Agnew was forced to retreat, at which point he was shot by a sniper by the name of Hans Boyer, who was a civilian taking cover in the nearby Mennonite Meeting House graveyard.  He did not die immediately, instead being rescued by his troops and brought into the parlor of Grumblethorpe.  His troops could not stop his bleeding, and he bled out on the floor of the parlor, leaving a stain which, according to multiple sources, still exists in the house to this day.  General Agnew was later buried nearby in the “Lower Burial-Ground” on Germantown Avenue, then relocated to a private cemetery in Branchtown.

Much of the history of the manor was discovered thanks to the Diaries of Sally Wister, one of John Wister’s grandchildren.  Her diaries explore the history of her home before her birth until her passing in 1804, giving incredible insight into both the ordinary and the extraordinary occurrences at Grumblethorpe.

The property has been restored almost entirely to its original appearance, with garden restoration ongoing to this day.  A museum is housed on-site, and the property is maintained by Philalandmarks, which offers educational tours and horticultural programs through most of the year.

Second Saturday of every month is free from Noon - 4pm through October 2015. Additional private visits and tours can be readily scheduled by calling 215-843-4820. Email: grumblethorpe@philalandmarks.org