John Peter Salley (Salling) was the first to discover the potential of coal mining in what would become West Virginia. Salley's discovery might have been lost, as he was imprisoned before he made it back from this exploration to his hometown in Virginia. The area where he first found coal is now a historical landmark, and the nearby historical marker offers a brief history of the importance of coal in Racine.

Landmark of the spot where John Peter Salley found coal in Racine, WV. 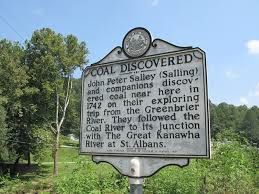 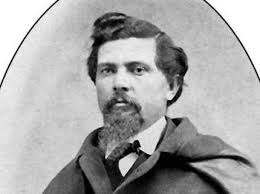 John Peter Salley (Salling) was born in Germany in the early 18th century and traveled to America where he ended up settling down in Augusta County, Virginia. He was an explorer and he was traveling up and down the east coast and even to Canada to find new places for the British to expand. In fact, John Peter Salley was on an expedition with five other men when he stumbled upon the discovery of coal. He was in a small town, that is now called Racine in Boone County in the heart of the southern coalfields of West Virginia.

Salley was in the great state of West Virginia, because he was asked to go on an expedition in John Howard, this was funded by none other than the Governor’s Council of Virginia. John Peter Salley’s main purpose for going on the expedition was for the sole purpose of being promise approximately 10,000 acres of land if the trip was a success. During this time period the British was trying to expand the land they owned, and push forward into the west, so if this trip was a success, meaning they were able to expand without trouble, Salley would be granted the 10,000 acres of land that he wanted. They started on the New River with a boat made completely of buffalo hides and he and his crew went down as far as they could before it was too dangerous, forcing them to go ashore and walk across over to the Coal River, there they sailed on down into Mississippi where they were then taken captive and were imprisoned for being spies.

Salley refused to stay imprisoned, and after two years, he had enough. On October 25, 1744, John Peter Salley escaped and started his travels back up the Mississippi. From there he returned back to his home in Augusta County, Virginia. It was there that the people credited him for the discovery of coal on the Coal River. Salley went on to travel more and help out with expeditions as best as he could; however, finding coal was quite possibly the exact turn around that West Virginia needed. Although Salley did find coal in the 1700’s, coal was not actually mined until the mid-1800’s, because many were not able to figure out just how to extract it and even once they did, they could not figure out what to do with it.