Porter Military Academy reflects several eras of history in Charleston, spanning from the earliest settlement of the city to the Civil War and Reconstruction, and the 19th and 20th century. The site was used as a potter’s field in the colonial period. The federal government acquired the land in 1825, building an arsenal at the site. The Confederate army seized the arsenal during the Civil War, using the site to supply their own military with the arms and supplies within. The Union army re-seized the arsenal in 1865. The War Department held control of the area until and then leased the site to Reverend Porter who built a school originally meant to house and educate young men orphaned by the Civil War. Established as the Holy Communion Church Institute, the school changed its name to Porter Military Academy in 1886. Today, the property is owned by the Medical University of South Carolina, Porter's school has moved and changed over the years, operated today as the Porter-Gaud School, an Episcopal college preparatory day school open to young men and young women. 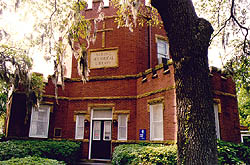 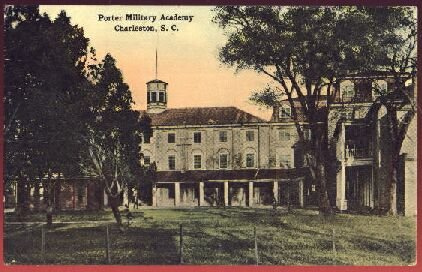 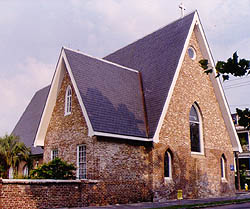 Dr. Porter was a former rice planter of South Carolina. He entered the ministry in an attempt to bring order following the Civil War. In 1867, Revered Porter lost his son which led him to founding the Holy Communion Church Institute with his wife in order to educate former soldier and boys left orphaned by the devastating financial aftermath of the Civil War. Union General William T. Sherman strongly supported Dr. Porter’s efforts in moving the Holy Communion Church Institute into the arsenal in hopes to expand. By the 19th century, the arsenal became known as the Porter Military Academy.

Dr. Porter’s military academy accepted children of all faiths. The primary goals of the school was character development, which was summarized in the motto on the PMA crest: WATCH (Words, Actions, Thoughts, Character, and Habits). George J. Magwood, a PMA graduate, wrote a letter to Medical College President Dr. Pratt-Thomas in 1964 describing a few details giving an inside peak of the daily life of the Porter Military Academy students,

“I remember how we attended chapel services every morning before classes; Protestant, Catholic, Jew and Greek alike without any protest to the Supreme Court by a dissentient parent. We sang Onward Christian Soldiers accompanied by an old hand pumped organ played by a retired Marine Sergeant who also instilled in us true American History and pride in our traditions and institutions.”

In 1964 the Medical University of South Carolina bought the school. Several of the original buildings were tore down in order to make room for the new plans surrounding the Medical University campus. The remaining buildings serve as an excellent representation of the site’s diverse purposes and uses over time. Only two buildings remain from the Arsenal complex, St. Luke's Chapel and Colcock Hall (one of two surviving military buildings in South Carolina that were actually built by the Confederate government). There are brick walls along Ashley Avenue that surround the school; these date back to the 19th century and are the works of Holten Bell, a prominent African American builder. The Waring Historical Library is the only remaining building built by Dr. Porter. The Waring Historical Library consists of a gothic octagonal library with square reading rooms. The building was donated by and named for leading New York clergyman Reverend Charles Frederick Hoffman. The current library commemorates Dr. Joseph Waring, one of the Medical school's early professors and historian.