The landmarks building within Seattle's Pioneer Square, this Richardsonian Romanesque stone building was completed in 1892- three years after the Great Seattle Fire of 1889 destroyed thirty-two square blocks of the nascent city. The building features terra cotta and red brick and was the tallest building in the state until 1904. The building has reflected the larger history of the city during the past century. During the mining boom in the Klondike, for example, over thirty mining companies held offices in the building. During the era of Prohibition, the city's largest and most infamous "speakeasy" kept Seattle residents supplied with illicit spirits. The building was completely vacant in the late 1970s as most of the businesses moved to newer buildings north of Pioneer Square. When the Pioneer Building was threatened with demolition (a fate shared by many nearby buildings) Seattle residents worked to place the building on the National Register of Historic Places. This effort began in the 1970s and spearheaded the drive to restore the neighborhood.

The Pioneer Building as seen from 1st Avenue. 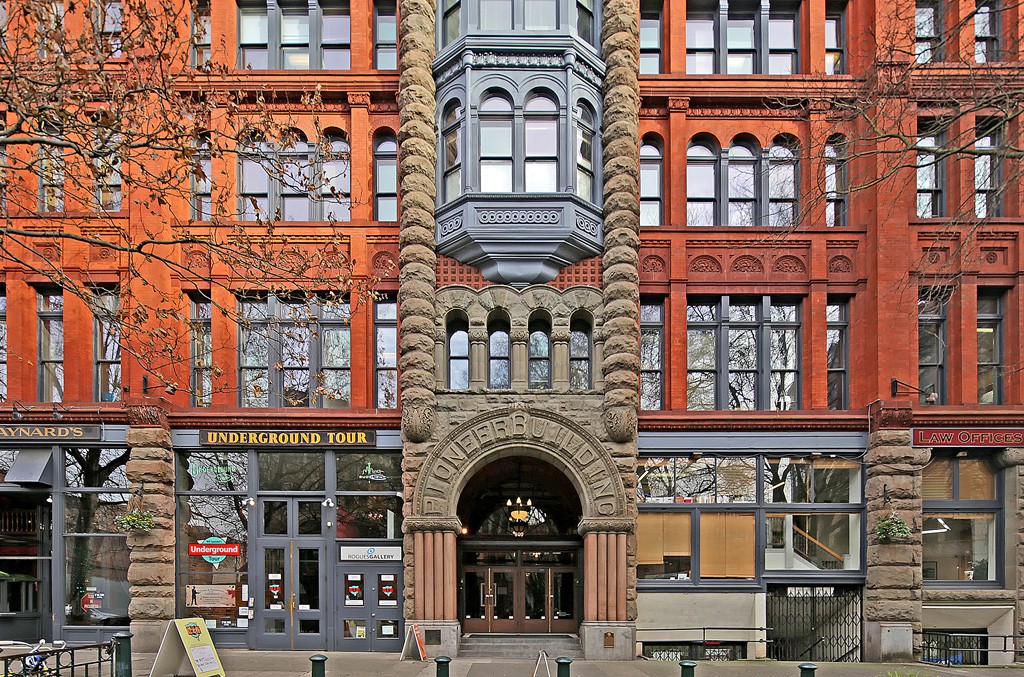 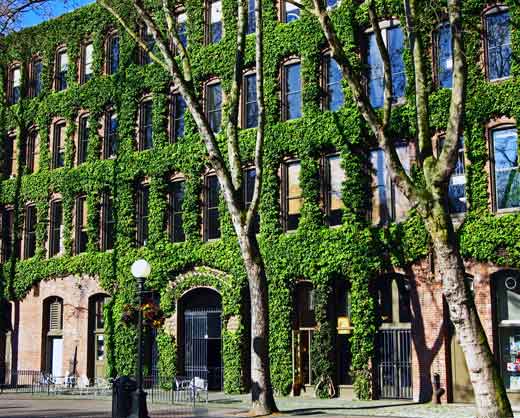 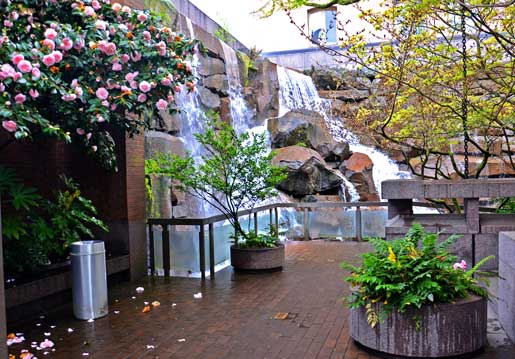 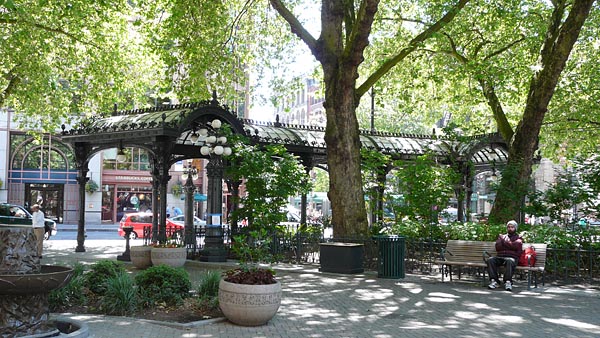 This photo of the Pioneer Square Building was taken about a decade after its completion. 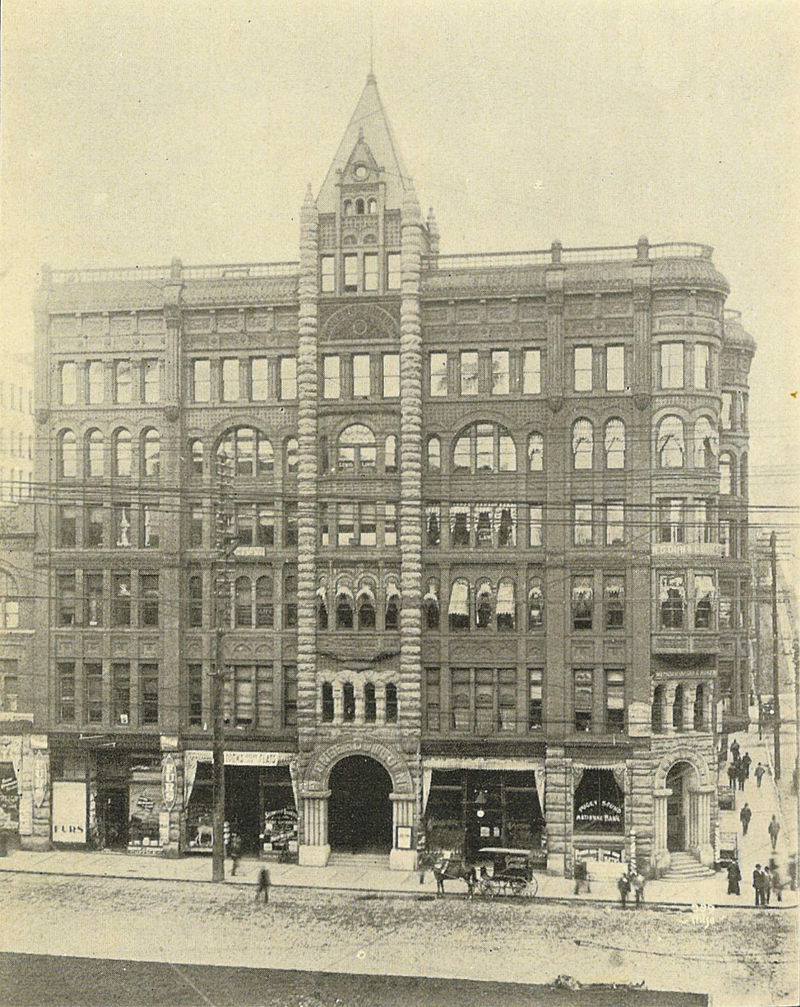 Pioneer Square was founded in 1854 by the first white settlers to reach the Puget Sound region. After spending six months in the settlement at Alki Point (what is currently known as West Seattle), the Yesler party, lead by Henry Yesler, opened a steam sawmill where First Avenue and Yesler Way meet today. The hills that surround Pioneer Square were used to roll logs into the growing city, and wooden buildings began to line Seattle’s first road, known then as Commercial Street (now known as First Avenue).

In 1889 the Great Seattle Fire burned nearly the entire settlement down. At that time, Seattle was the largest city in Washington with nearly 50,000 residents. In the next decade, a series of brick and stone buildings were developed in their place. However, these buildings were constructed into the hills surrounding the area, with one upper door, and one lower. Years later, when the streets were raised, the lower level of the buildings were blocked off. The result was the creation of what is now known as "Seattle Underground," a network of underground passageways and basement entrances. Many of these buildings still comprise the historical neighborhood boundaries and remain some of the country’s finest examples of 19th century Richardsonian Romanesque architecture.

In last decade of the 1800s, the city was flooded with travelers hopeful to find gold in the Klondike Gold Rush. Thousands of people known as “stampeders” advanced on the city as they prepared to travel north. This spurred an economic prosperity that continued to propel the western city forward. In 1914 the Smith Tower was built and became the tallest building west of the Mississippi River.

However, economic transitions caused attention to be drawn away from Pioneer Square as businesses moved uptown. Today the area is a protected historical zone. Preservation efforts remain in place to protect the buildings and features that symbolize the city’s beginning. Pioneer Square is now a residential and commercial area, and the presence of Seattle sports stadium’s brings tourists into the region. It is also often the topic of gentrification, as the balance between socioeconomic status residents remains evident.