Wellsburg Wharf became a booming commercial center in the 1830s, but its role in maritime traffic dates back to the Early Republic. Keelboats used this section of the Ohio River as early as the 1790s, while Native tribes traded goods along the river long before European exploration and settlement. The location of the wharf is commemorated by a historic marker, and this location has been listed on the National Register of Historic Places since 1979.

Wellsburg is home to one of the few remaining and best-preserved examples of a 19th-century river wharf. 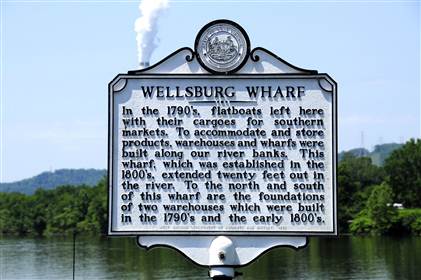 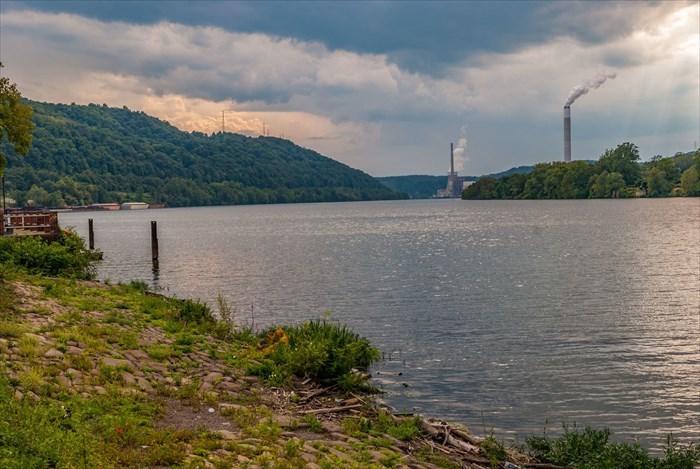 Cobblestones along the wharf 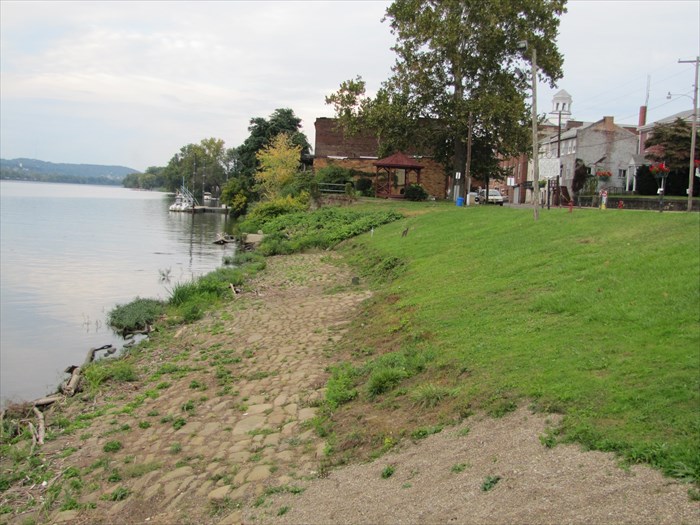 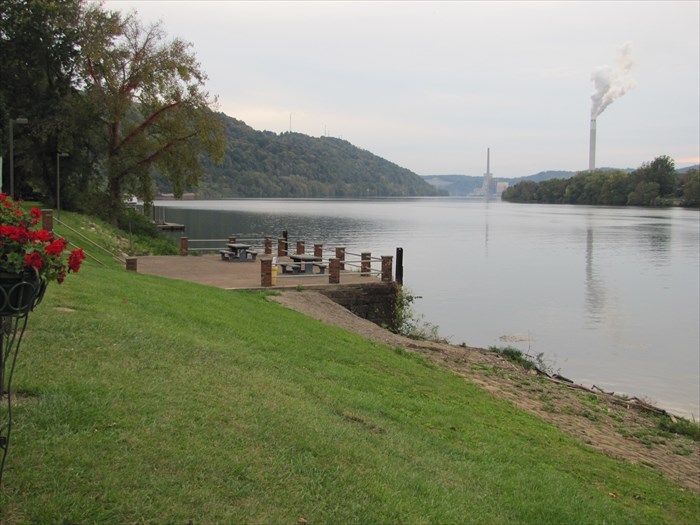 At this location along the cobblestone bank of the Ohio River, merchants, settlers, and adventures traveled from Pittsburgh to New Orleans. The Lewis and Clark Expedition went by the Wellsburg Wharf which was the site of flatboat, keelboat, and steamboat traffic. Both the flatboat and keelboat, also called store boats, were built and equipped at the wharf.

A ledger preserved by the Brooke County Historical Society contains information about the traffic that went between Wellsburg and communities such as New Orleans in the period of 1834 through 1836. The river also brought people to the area who later settled in Wellsburg such as Patrick Gass, a carpenter for the Lewis and Clark expedition. Gass lived in Wellsburg and is buried here.

The Wellsburg Wharf continues to serve travelers, and passenger ships such as the Delta Queen, the Mississippi Queen, and the American Queen continue to dock at the wharf when they pass Wellsburg.