The Fred J. Johnston Museum is a historic Federal style house located in the Stockade National Historic District in Kingston, New York. It was built in 1812 by John Sudam, a prominent attorney and state senator. Just before the house was to be razed and replaced by a gas station, Fred J. Johnston saved the house and used it to store his large antique collection. There are also a few sketches by noted painter John Vanderlyn, the artist who painted " The Landing of Columbus" in the U.S. Capitol Rotunda. Since 1993, the house has been owned and operated by the Friends of Historic Kingston. 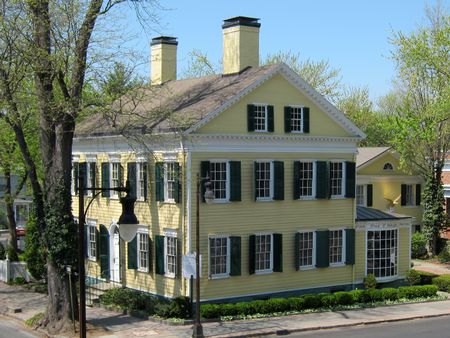 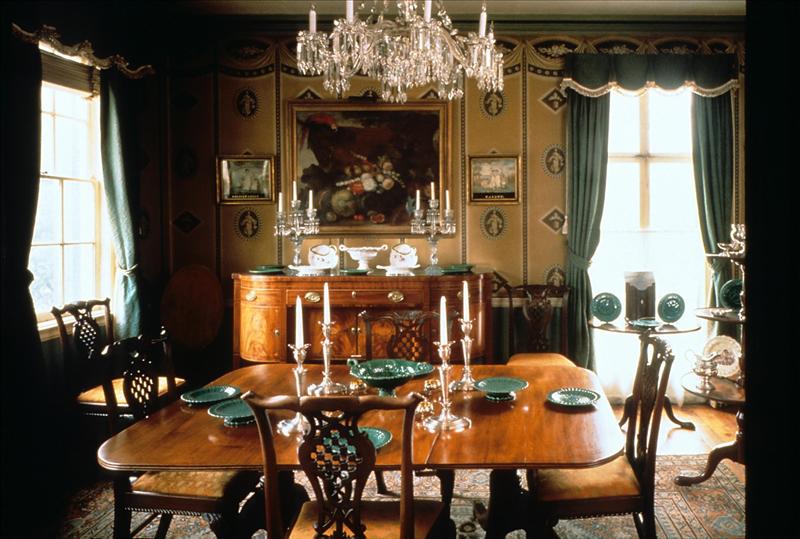 The Fred J. Johnston House in the Mid-20th Century

The Front Entrance of the Johnston House

A Special Exhibit in the Fred Johnston House Museum 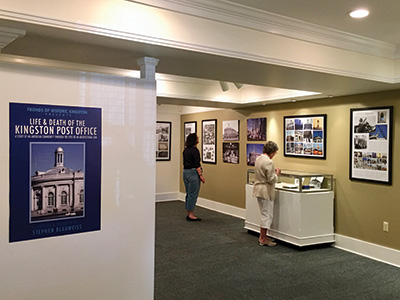 The site that now holds the Fred J. Johnston Museum predates the Revolutionary War. The plot shows up on a map of Wiltwyck (before it became Kingston) in the 17th century when merchant Elias Hasbrouck owned the land. The house that Hasbrouck built was torched by the British when he was serving with General Richard Montgomery in Canada. Hasbrouck then decided to leave Kingston and relocate to Woodstock Village. In 1812, attorney John Sudam decided to build a home close to the Ulster County Courthouse. Later, Sudam was elected to the New York State Senate and served as a Regent of the University of the State of New York. Sudam hosted a variety of notable names at the home including writer Washington Irving, President Martin Van Buren, and painter John Vanderlyn. Vanderlyn painted a portrait of Sudam that now hangs in the National Portrait Gallery.

The Sudam family sold the home in the 1880s and the Van Leuven family would call it home for the next 50 years. In 1938, plans were set in place to raze the historic Federal style home and replace it with a Standard Oil gas station. Fred J. Johnston discovered the home while out selling some of his many antiques, and he was appalled at the plans to demolish the home. Johnston, who had dropped out of high school, started his first antique showroom in his parents' garage, and subsequently moved to his own basement shop. When he first laid eyes on the Van Leuven residence, he knew it was the perfect place for his colossal collection. Johnston paid a visit to the local bank and obtained $6,000 to save the house.

It was Fred J. Johnston's appreciation for history and knowledge of preservation that he acquired while picking up antiques that ended up saving the home. He went on to remove many of the renovations and restored it to the Federal style that Sudam built. An ardent antique collector, Johnston scouted out nearby homes searching for furnishings and other items that were connected to the home, including John Vanderlyn sketches and even chairs that had belonged to Martin Van Buren. He filled all eight rooms with his antique findings and welcomed a number of curious visitors itching to view Johnston's collection.

The Stockade District of Kingston is reflective of 18th century Hudson Valley, it features Victorian homes, Gothic styled buildings made of stone, and the beautiful Old Dutch Church where the state's first governor, George Clinton, is buried. Also nearby is the historic Senate House, where the first New York State Constitution was adopted in 1777. Upon his death in 1993, Johnston requested the residence be left to an organization he helped create with other business people and antique dealers in the area, Friends of Historic Kingston. Johnston is also credited with playing a large part in preserving the Stockade District of Kingston, also creating the City of Kingston's Landmarks Preservation Commission. Now known as the Fred J. Johnston Museum, the Federal style home is open for tours and holds special exhibits.