The Rogues Harbor Inn is a historic hotel in Lansing, New York. It was built between 1830-1842 by Major General Daniel D. Minier who named it Central Exchange Hotel since it was on the road between Ithaca and Auburn. It was the first brick building constructed in Ithaca. Several famous people have stayed here including William H. Seward, the Secretary of State under Abraham Lincoln and Andrew Johnson, and author Grace Miller White, who used the hotel as a setting for her novel "Judy of Rogues Harbor." The hotel also features a restaurant. The building was placed on the National Register of Historic Places in 2009. 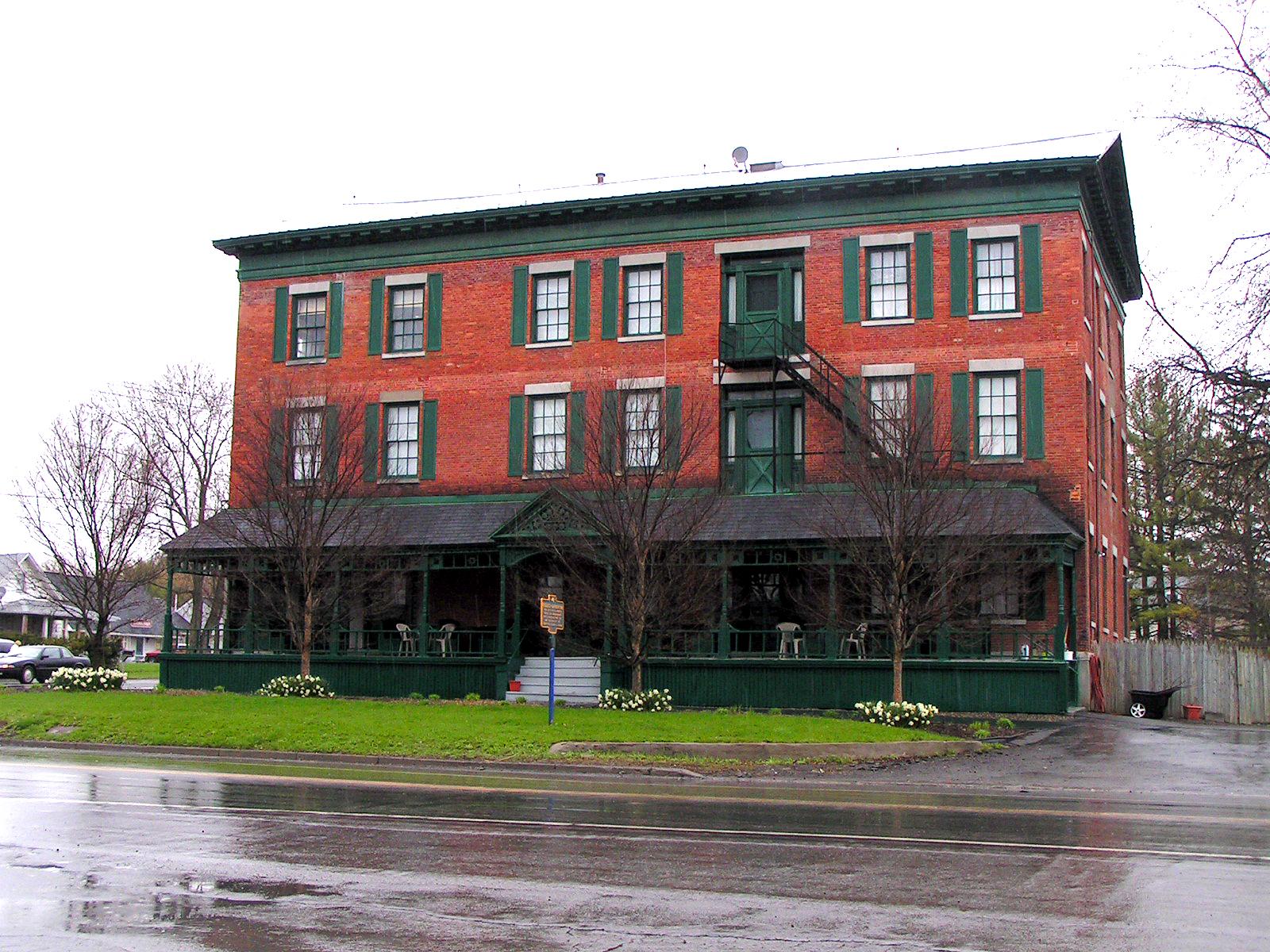 Rogues Hotel received its current name as a result of the town's infamous reputation for being a place where robberies and other illegal activities took place.