Opened in 2002, the Oklahoma City Museum of Art boasts an impressive collection covering five centuries art from around the world. Hihglights include European and American art from the 19th-20th centuries, contemporary art, and glass sculpture work by renowned artist Dale Chihuly. In addition to the collection, the museum also features a repertory cinema and a museum school which offers art classes for people of all ages. Over 130,000 people from all 50 states and over 30 countries visit the museum each year.

The Oklahoma City Museum of Art was founded in 1989 and built this building in 2002. 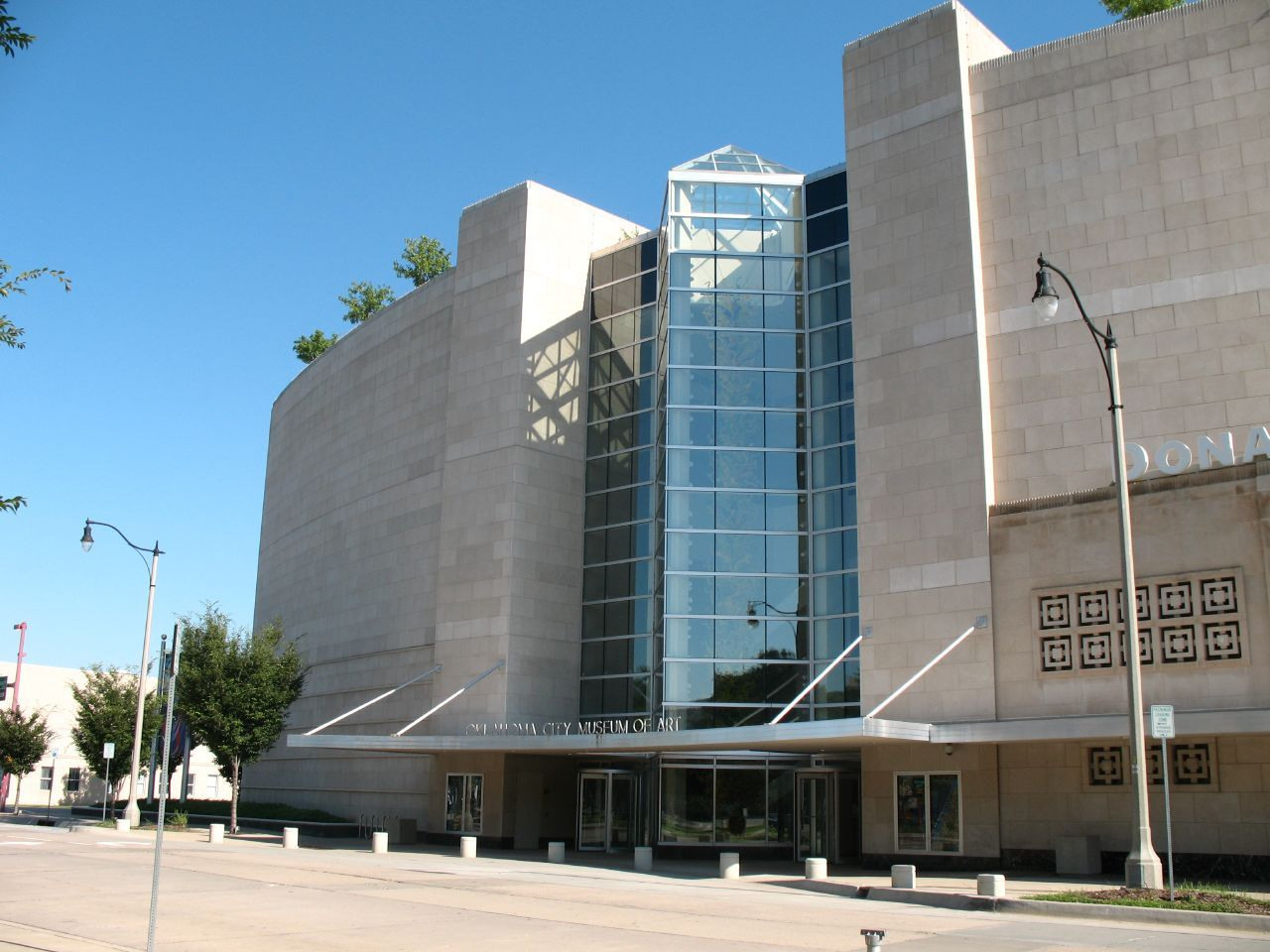 The museum's roots go back to when the Oklahoma Art League and Art Renaissance Club, which formed not long after statehood was granted, began promoting arts in the city. It wasn't until the founding of the WPA Experimental Gallery in the 1930s that formal efforts to establish an art organization began. The Gallery became a private institution (the WPA, the Works Progress Administration, was a federal program) in 1945. It evolved into the Oklahoma City Art Center. It merged with the Oklahoma Museum of Art in 1989 since the city could not support two art museums. The museum moved into the new building in 2002.