Fort Van Meter is a small rectangular building constructed of stone with thick walls measuring 15 inches thick. Along these walls are firing ports in which white settlers would use for defense against Native American attacks. This structure is one of five left that was built by the Van Meter family that are located in the Allegheny Mountains. The structure is located nine miles south Romney close to Glebe, WV. The structure is roughly twenty feet wide by fourteen feet deep. 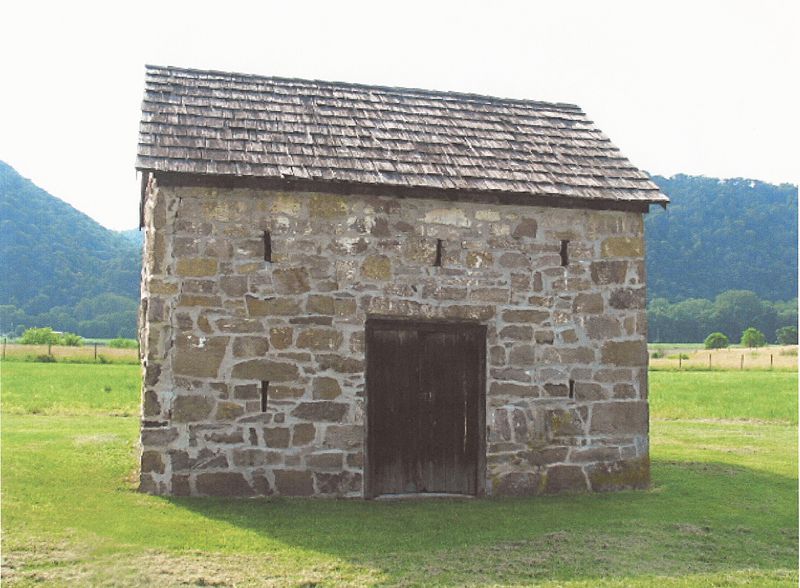 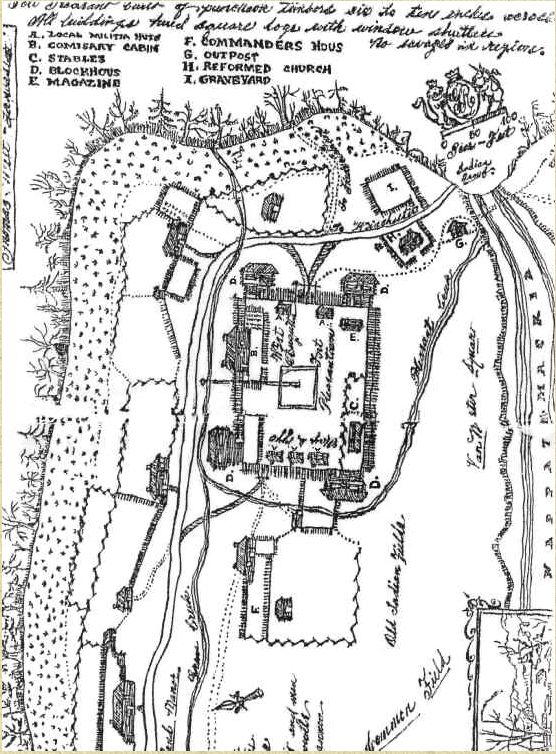 Historical marker for the fort. 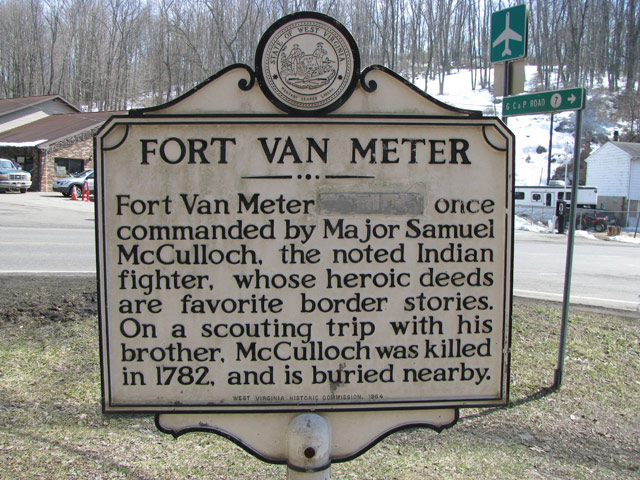 History of the Van Meter family runs deep in the development and growth of America. The family is Dutch American and was primarily farmers and breeders of livestock and most of all pioneers of the expanded frontier. They were also masters of several other trades; the family could have had there on community ranging from Blacksmiths to government. The Van Meters helped the likes of George Washington, Daniel Boone, and Abraham Lincoln. The family helped George Washington secure his seat in the Virginia House of Burgess and helped Daniel Boone defend Boonesborough. The family was vast across the frontier movement west.

Particularly this part of the family, Isaac and his brother John, wanted to settle in the Valley of Virginia. They both would develop plans for settlement and requests for 30,000 acres from the government of Virginia. The grants for land would be approved and the family would settle in the Valley with other families. Lord Fairfax would contest these grants, stating that some of the lands were within his bounds of property granted to him. A court battle over this would last well past their deaths.

In the meantime, during the court battle, Isaac Van Meter, part of the great Dutch-American family, his wife and children settled among the Allegheny Mountains, Hardy County, WV in an area known as the “Indian Old Fields” . This is where the family’s first structure, Fort Pleasant, was built from from logs and fortified for protection in 1744. Ten years later, 1754, upon the outbreak of the French and Indian War, and upon order of Colonel George Washington, the family would construct a second structure made of stone, which would become known as Fort Van Meter, located in Hampshire County, WV. The previous structure was also known as such but eventually became known as Fort Pleasant. In 1757 Isaac would die at Fort Pleasant from a Native American attack.

These structures were part of a long chain of structures that were used as fortifications along the frontier of the Allegheny Mountains. Fort Van Meter was once commanded by Major Samuel McColluch, a famous borderer, shortly before his death. Fort Van Meter survived the French and Indian War intact. Fort Van Meter is rumored to have been constructed by Nathanial Kuykendale and his son. The family still has farming lands around this area. During peaceful times the structure was used to store salt and meat. It stayed in the Van Meter family until 1833. . Fort Van Meter has been registered in the U.S. National Register of Historical Places. It was given its certification as an historic place on December 30, 2009.