Roger Tory Peterson was a naturalist and the author of "A Field Guide to The Birds," which has sold more than seven million copies since its publication in 1934. Peterson’s works made learning about nature more accessible to people all over the world. In 1984, his hometown, Jamestown, New York, became home to the Roger Tory Peterson Institute of Natural History (RTPI). Its mission was twofold: to preserve Peterson's body of work and to teach the public about art and nature. The institute moved to a larger location in 1993. The new building was designed by architect Robert A. M. Stern. Today, the RPTI showcases Peterson’s manuscripts, pictures, personal items, and extensive ornithological collection. Exhibits include “Roger Tory Peterson; The Life, The Work, The Legacy,” which features Peterson memorabilia, and “The Extinct Birds Project Exhibition” by artist Alberto Roy, which examines the causes of extinction and the politics of categorizing endangered species. 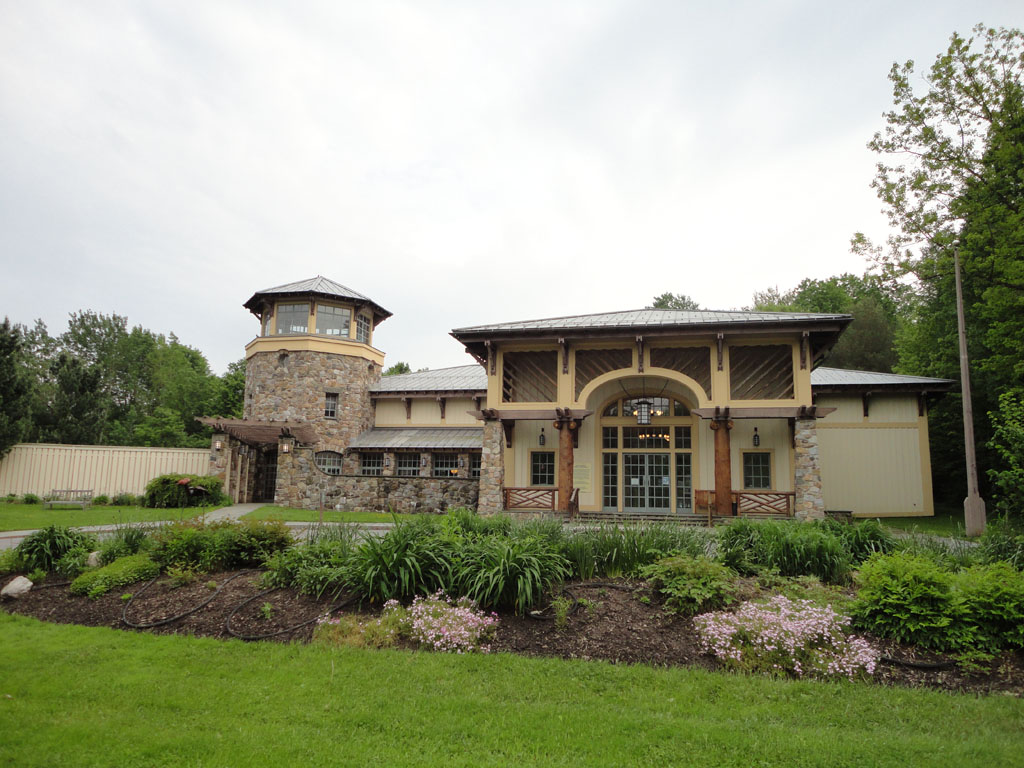 View of some of Peterson's collection on display. 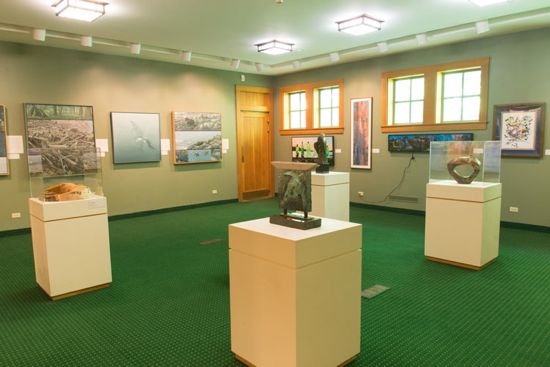 Roger Tory Peterson was born in Jamestown, New York on August 28, 1908. His father, Charles Gustav Peterson, came to the United States from Sweden as a child. When Charles’s father died, he went to work in woolen mills at the age of ten. Because he had to quit school early, he was adamant that his children complete high school. Roger’s mother, Henriette Bader, came from Germany at the age of four. The family also consisted of his sister, grandmother, aunt, and six cousins all under the same roof.

Peterson was an intelligent child; he was able to skip two grades. While in seventh grade, Peterson’s teacher Blanche Hornbeck began teaching her students about birds and taking them on nature walks. One day, Peterson and the other children noticed a bird on the ground. Thinking it might be dead, Peterson poked it. The bird woke up and flew away. Peterson was struck by the contrast in seeing something go from a dead state to a state of action. He credited the experience with igniting his interest in wildlife, especially birds.

After graduating at age sixteen, Peterson began working at the Union National Furniture Company. His job was to paint decorative motifs onto cabinets. His boss recognized his artistic ability and suggested that Peterson save for art school, so he did. In 1927, Peterson left for New York City and made his way to the National Academy of Design two years later. In 1931, Peterson enrolled in the science department of the River Country Day School near Boston. He also became a member of Boston’s ornithological organization the Nuttall Club. Peterson then convinced fellow member Francis H. Allen, an editor, to help him publish his first book, A Field Guide to the Birds.

In its first week of publication in 1934, A Field Guide to the Birds sold all 2,000 copies. Over fifty more field guides were eventually added to the Peterson Field Guide Series, including guides for studying wildflowers, insects, and mammals. Peterson also became a columnist for the National Audubon Society. It is believed that Peterson’s knack for simplifying the study of nature aided its increase in popularity during the mid-twentieth century. Bird-watching organizations sprang up across the nation. Many also credit Peterson for sparking a conversation about nature that led to environmentalist movements.

After Peterson was awarded the Conservation Medal of the National Audubon Society and the Linnaeus Gold Medal of the Swedish Academy of Sciences, Jamestown citizens decided to create an institute named after him. Nearly a decade of building support later, the Roger Tory Peterson Institute was officially incorporated in 1985. The institute’s goal was to serve as a repository for Peterson’s life work and to link the studies of art and nature. Roger Tory Peterson later died at the age of eighty-seven on July 28, 1996.