Mont Chateau Lodge was the emblematic building of the now closed Mont Chateau State Park. The presence of a tourist lodge and the name Mont Chateau, ostensibly evocative of Swiss scenery, date back as early as 1894. When the original lodge was destroyed by a fire in 1956, the West Virginia Department of Conservation bought the land with the intent to establish a state park and construction on a new lodge began in 1958. However, Mont Chateau State Park was a business failure and just nineteen years after opening, it was closed. Much of the park land was sold, though the state retained the Mont Chateau Lodge and a few acres of land. The lodge was converted to house the West Virginia Geological and Economic Survey and Mini-Museum of Geology and Natural History in 1977. 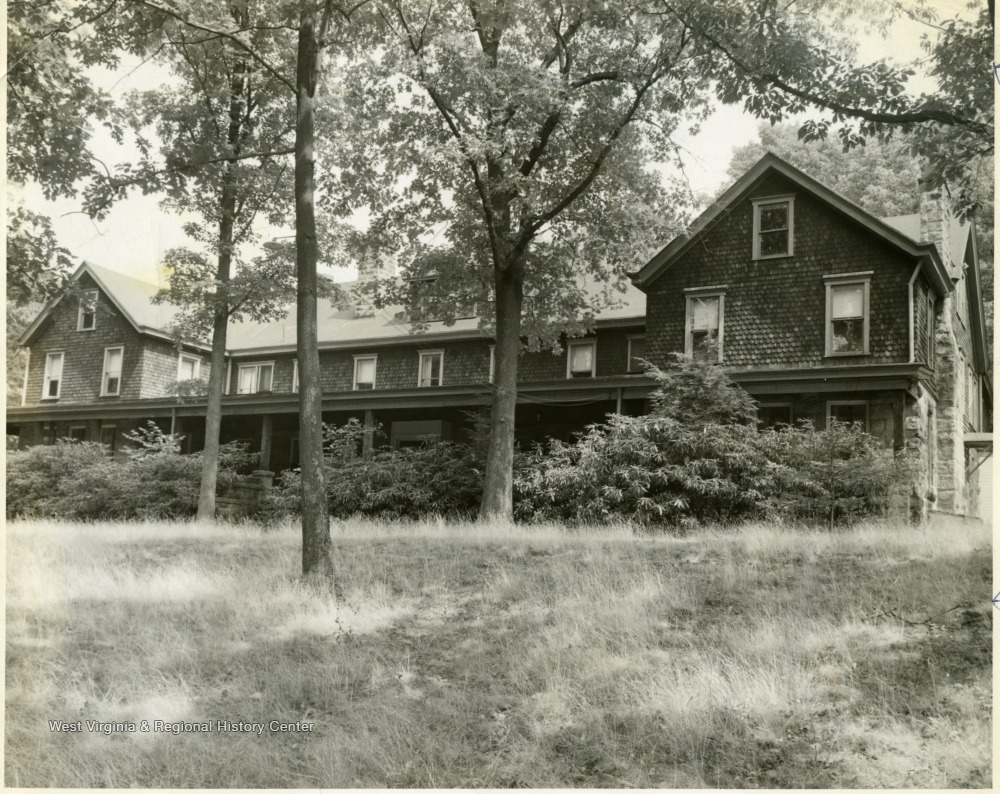 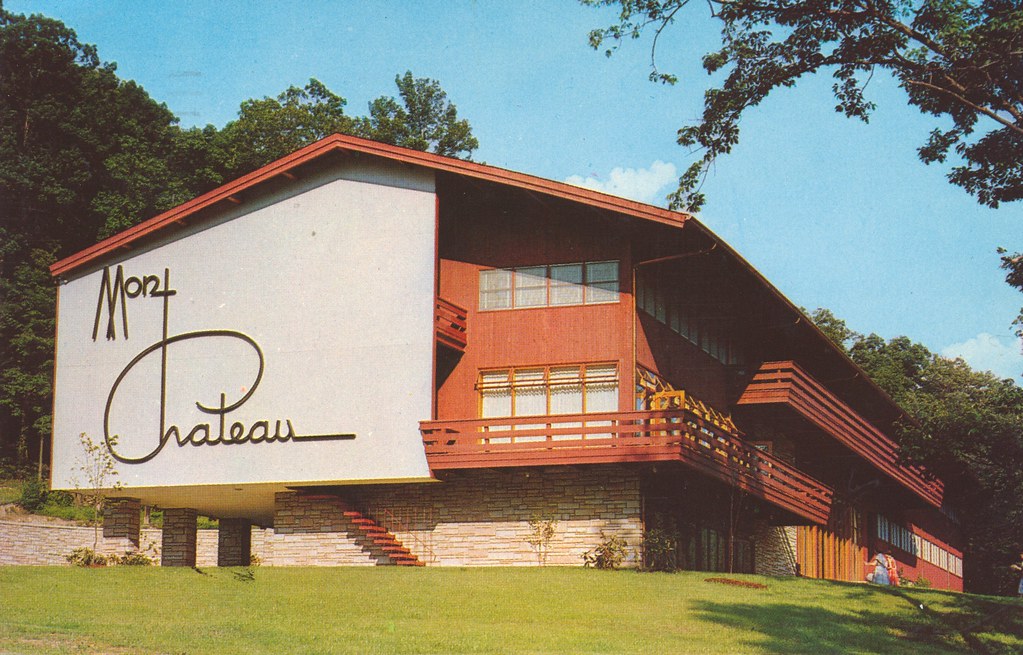 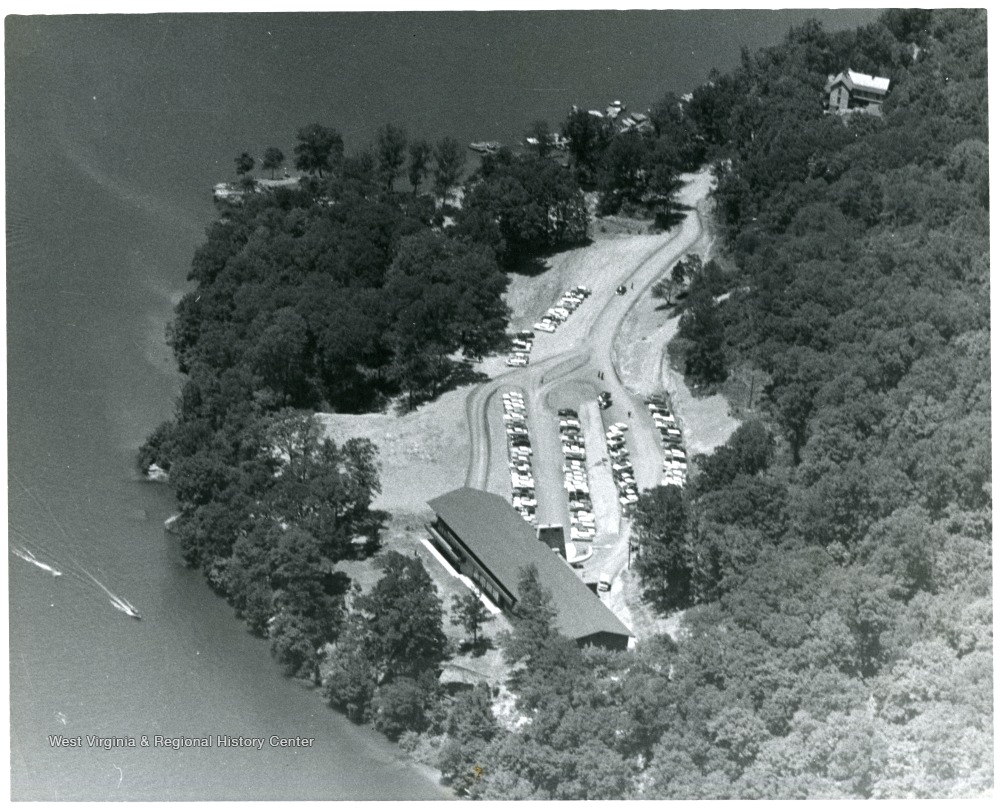 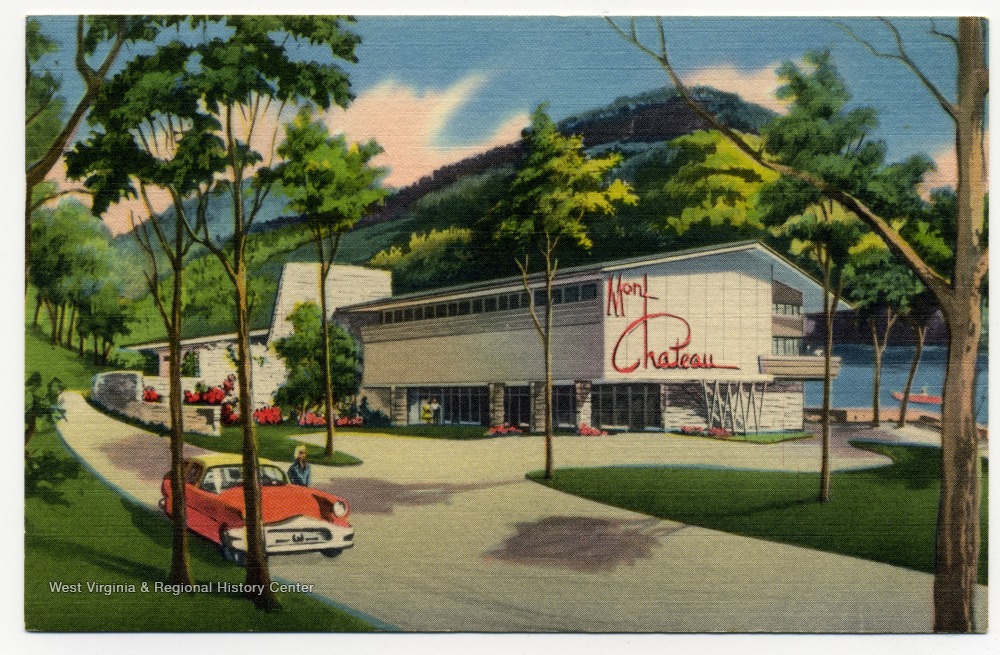 Hannah the duckbilled Edmontosaurus, who perished 65 to 67 million years ago and now resides in the museum. 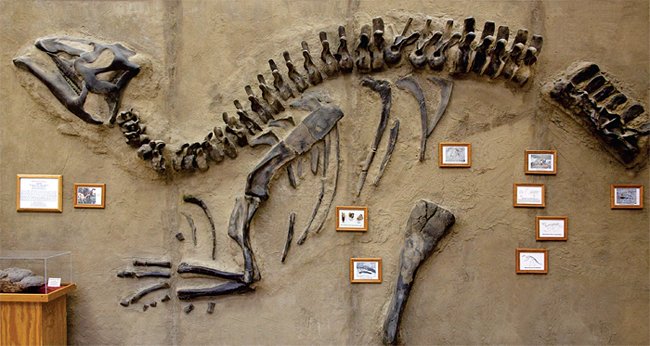 The moderately successful Mont Chateau Hotel occupied this site from 1894 until 1956. This venture was privately owned and operated. When the building was destroyed by a fire in 1956, the West Virginia Department of Conservation purchased the forty-two acres of land on which it sat. Natural tourism was experiencing a boom at this time in West Virginia and there was a movement towards the construction of vacation facilities. To this end, the Walter Butler Company was contracted to design lodges for Cacapon State Park, Blackwater Falls State Park, and Mont Chateau State Park.

The 1958 Mont Chateau Lodge designed by the Walter Butler Company is mid-century modern in style and is reminiscent of a Swiss ski lodge or chalet. Alpine influence is further found in the materials. Local stone is visible at the entrance end of the lodge which is complemented by the red stained wood of the upper walls and wraparound second-story porch. From the exterior, the lodge appears to be a single monumental rectangular room broken only by a decorative buttress element which serves several functions. It unites the retaining wall to the building, hides a small utility shed, and acts as a dividing element which moves the line of symmetry from widthwise to lengthwise. Due to the parallel nature of the lodge to the water, it is approached from the short side of the plan. The large flat white wall that dominates this side is decorated with highly stylized mid-century lettering declaring the name Mont Chateau. A carport cuts into the bottom left corner of this side at a lower elevation than the main floor of the lodge. The angle of the gabled roof is not as pronounced as similar lodges of the time, which allows for panels of large vertical windows overlooking nearby Cheat Lake.

Mont Chateau State Park operated from 1958 to 1977. However, the park proved not to be a profitable business venture for the state. Twenty-nine acres of the park were sold to a private owner in 1977, though the state maintained possession of thirteen acres and the Mont Chateau Lodge. The lodge was converted to house the West Virginia Geological and Economic Survey in the same year – a function it maintains today. Mont Chateau now houses the Mini-Museum of Geology and Natural History. This museum was established for the collection, preparation, preservation, and exhibition of rock, mineral, and fossil specimens from all ages of West Virginia's geologic history. In addition to being a repository for all types of geologic specimens, the museum's ongoing collections also include historic books, maps, manuscripts, and artifacts.