John Watts Young, NASA astronaut, Gemini veteran, Apollo moonwalker, and space shuttle commander, was the first American to travel in space six times. As an Orlando High School student, Young lived in this house at 815 West Princeton Street from 1945 until graduation in 1948. In 1965, he co-piloted Gemini-Titan III, a program that directly benefited Project Apollo's development and the first voyage to the moon. In 1972, Young was aboard Apollo XVI, the fifth manned landing on the moon, and was the ninth person to walk on the moon. He was commander on the first human-guided test flight of the first space shuttle, Columbia STS-1 in 1981 and the Challenger STS-9 in 1983, which carried Spacelab-1, a removable science laboratory. Young became the Special Assistant to the Director of the Johnson Space Center for Engineering, Operations and Safety in Houston, Texas, in 1987. 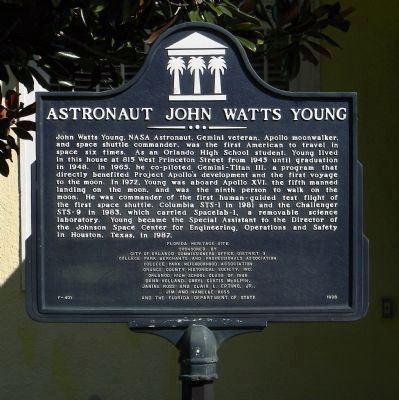 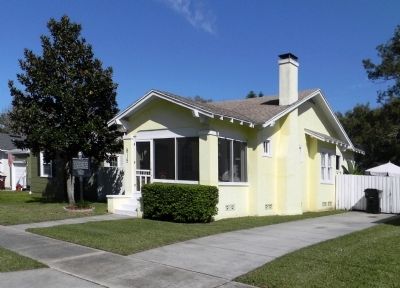