Located in Batavia, New York, the Holland Land Office Museum explores Genesse County's history, from the early 19th century to the present. The building, which is a National Historic Landmark and listed on the National Register of Historic Places, was the fourth land office built by the Holland Land Office Company to sell properties to settlers after what is most of present-day western New York—3.5 million acres—was bought from the Seneca Indians in the 1797 Big Tree Treaty; the transaction became known as the Holland Purchase. It was from the office that Joseph Ellicott, the founder of Batavia, oversaw the surveying, selling, and settlement of the entire purchase.

The Holland Land Office Museum building was constructed in 1815. 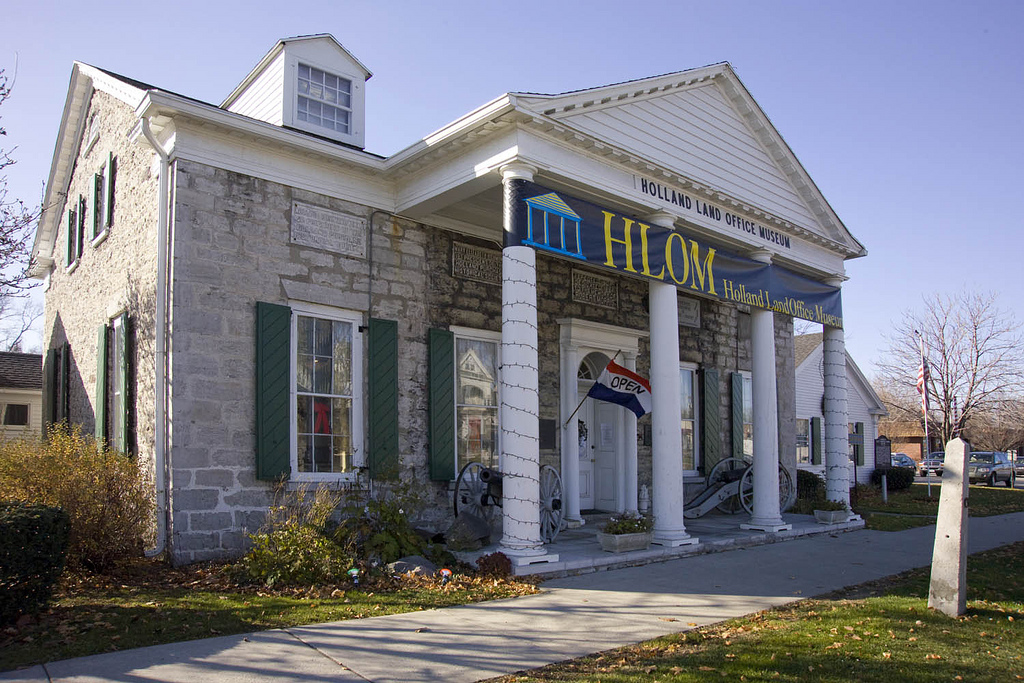 The first office was a simple wood structure but soon three other buildings were constructed, with the fourth one being the last. The company donated land for the construction of the Erie Canal. The company sold land until the 1830s and afterwards the building became a bank, music school, and a church. It was saved from demolition in 1894 by high school students.