Opened in 1993, the High Falls Center and Interpretive Museum is located in Rochester's Brown Race District, which is listed on the National Register of Historic Places. The district is comprised of several buildings constructed in the 1800's. The High Falls Museum, located in the city's former waterworks building constructed in 1873, explores the history of Rochester from prehistoric times to the present day. It emphasizes the city's development and the role water played in this process. It features hands-on exhibits, interpretive displays, art, photographs, and artifacts. The museum also hosted a variety of temporary rotating exhibits about the history of both Rochester and the United States. The High Falls Center closed its doors permanently on January 31, 2019. 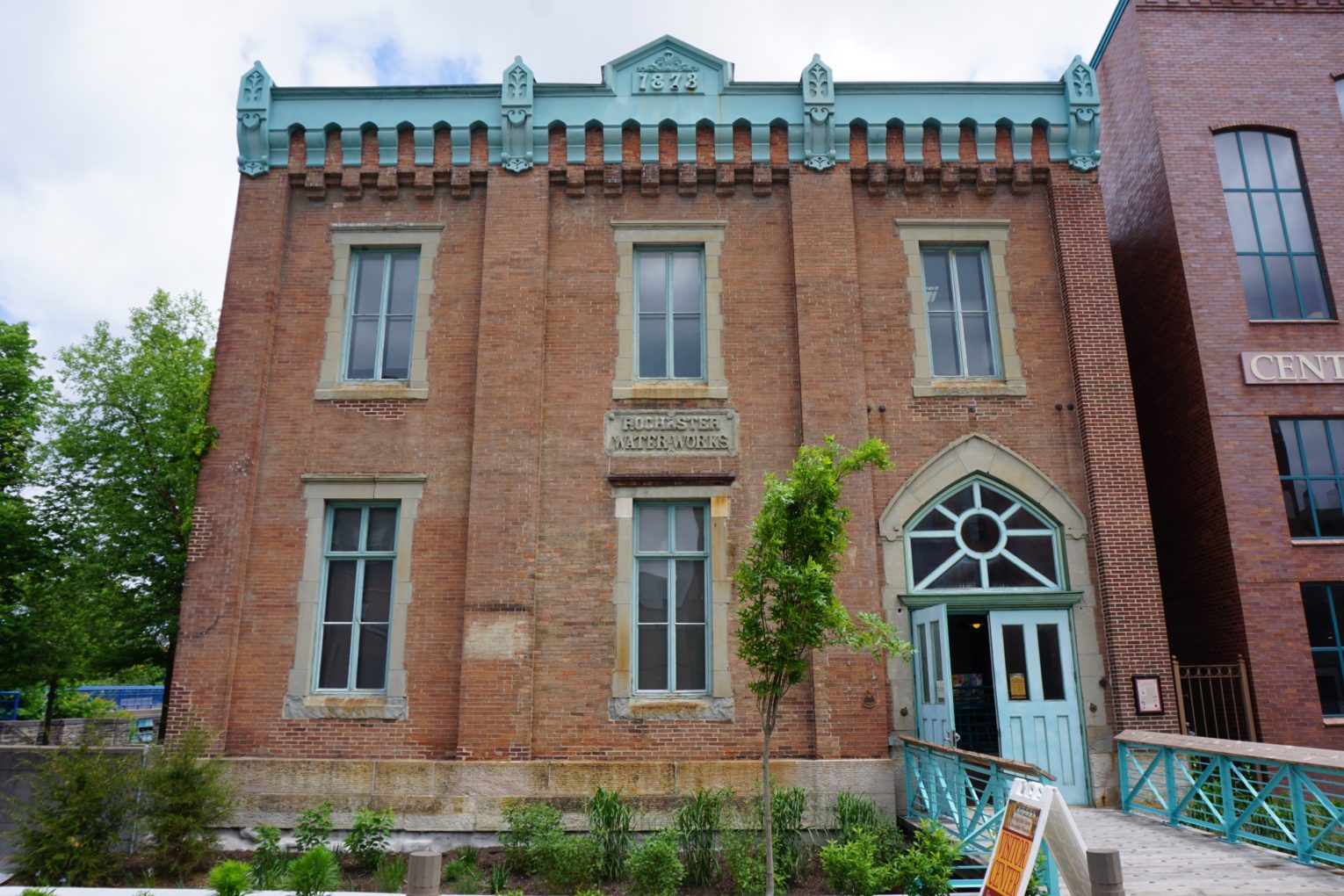 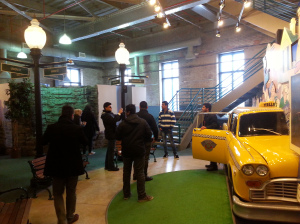 Original stone engraving for the Rochester Waterworks building in 1873 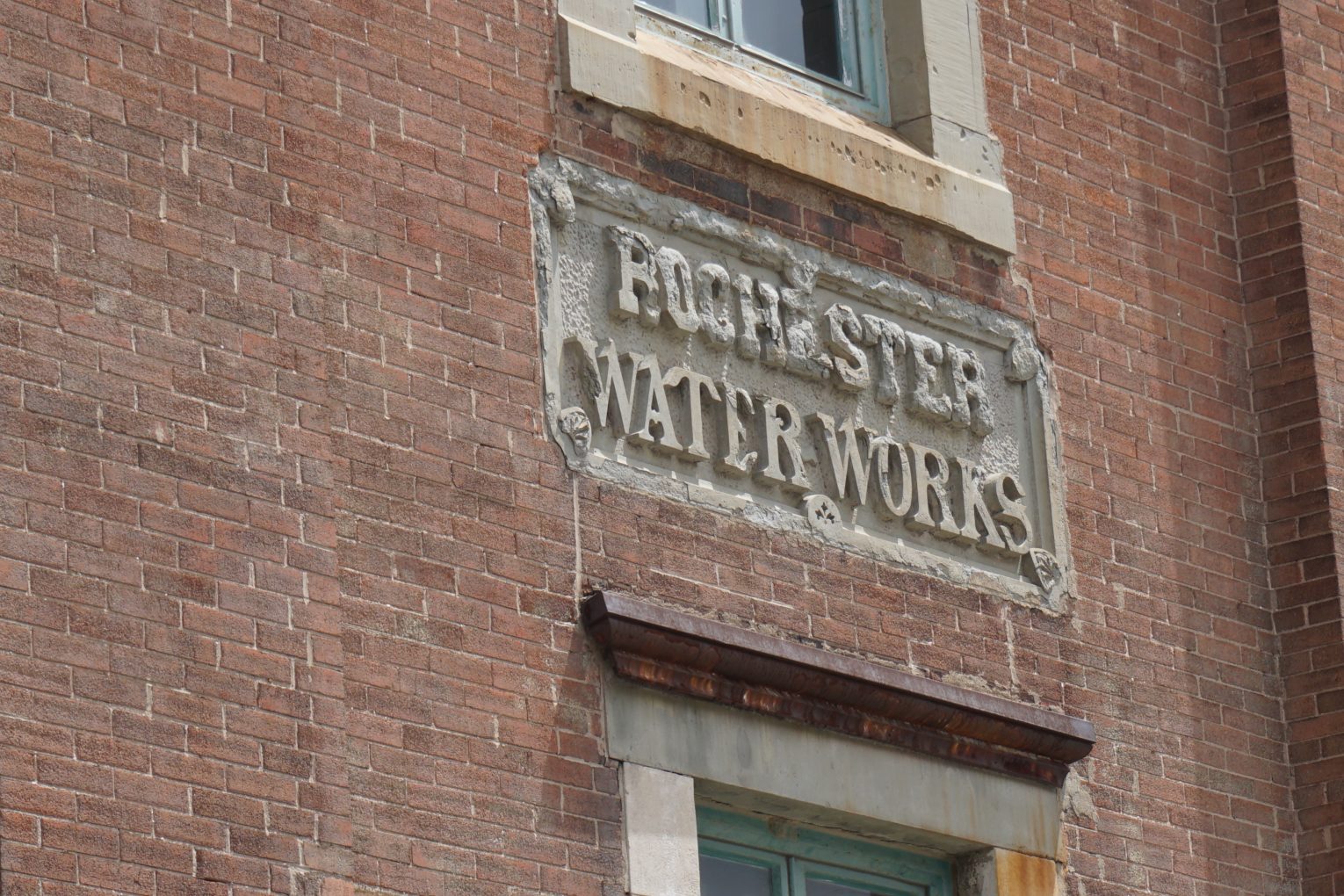 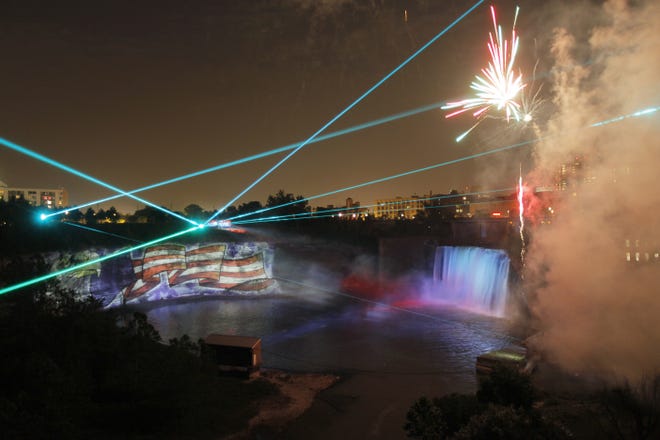 In 1993, the High Falls Center and Interpretative Museum opened to the public in a former city waterworks facility that was constructed in 1873- one of the many historic buildings in the Browns' Race district of Rochester. The building still has the same stone plaque over its entrance marking it as "Rochester Waterworks". Inside, rotating displays and interactive exhibits allowed visitors to explore the history of the Rochester area, from prehistoric times to the modern day. One of the museum's emphases is on the monumental role which water power has played in the development of the city.

Outside of the museum's operations, the High Falls Center also presided over production of the High Falls laser light shows- a regular occurrence since the Center's opening in 1993. The shows, which commemorated days such as Fourth of July, Christmas, Labor Day, and September 11th, were incredibly popular. By 2002, crowds at the holiday laser light shows were as large as 130,000 people. After a brief, cost-related hiatus, the laser light shows returned in 2005 until their permanent end in 2010 due to budgetary concerns. The aging lasers were removed, but LED lights were later added to illuminate the High Falls in 2014.

Due to low ticket sales, the Center almost closed permanently in June 2013. However, a city contract demanded that the Center remain open, so management of the museum was transferred to the Office of the City Historian in September of 2013. Unfortunately, after a brief tenure, the High Falls Center again experienced difficulty with low ticket sales and was forced to close permanently on January 31, 2019.