The Seattle Public Library - Seattle Central location is a historical and unique site. The land the current library occupies has been historically responsible for housing the public library, and has been doing so since the early 20th century. The current library is heralded for it’s modern and innovative design concept and architectural style. The steel, concrete, and glass structure has received significant attention and acclaim since it’s construction in the early 2000s, and maintains its dignified and unique role as a marker on the downtown Seattle skyline. 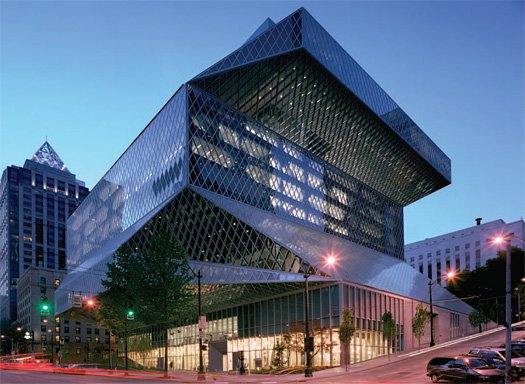 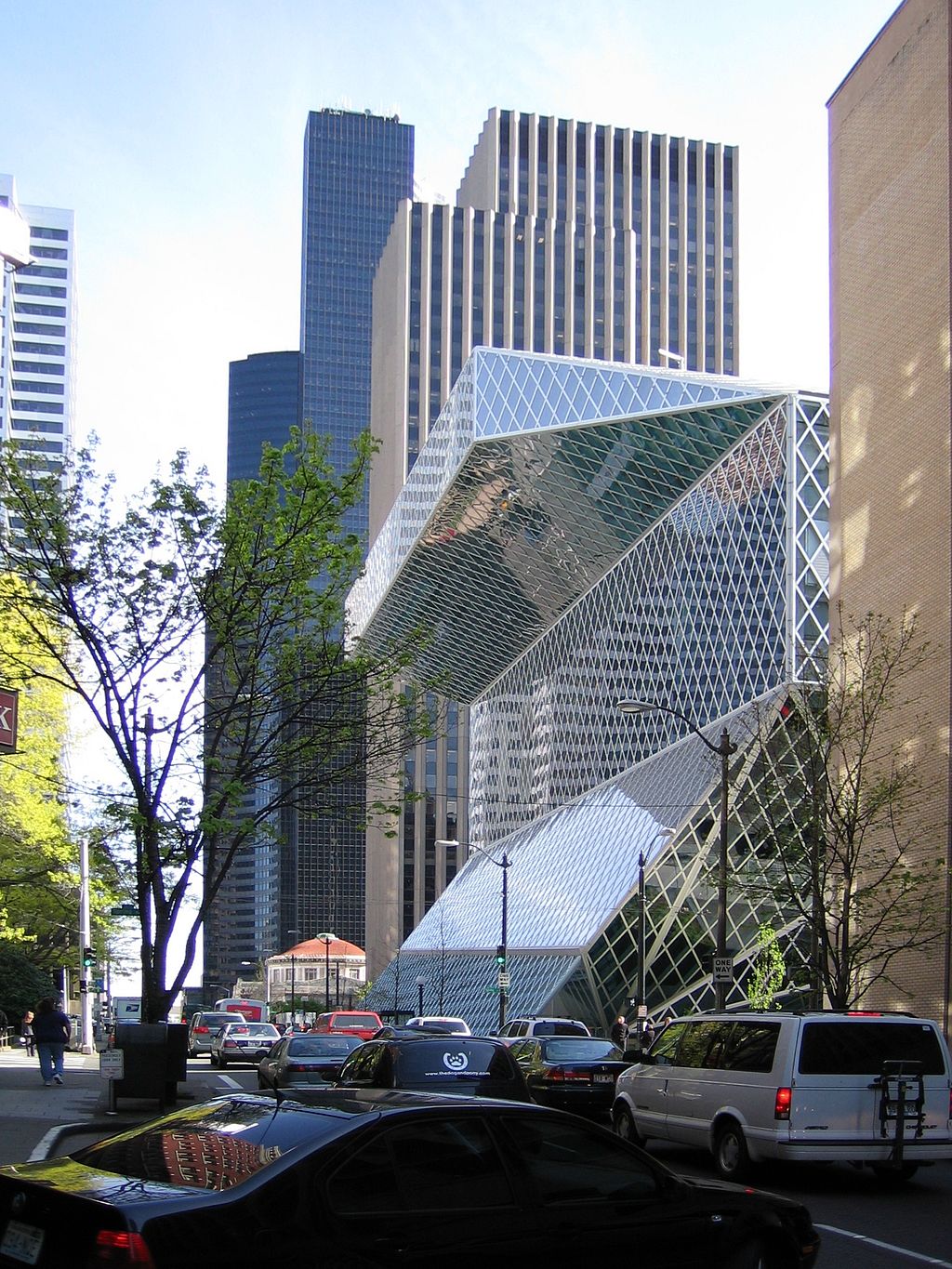 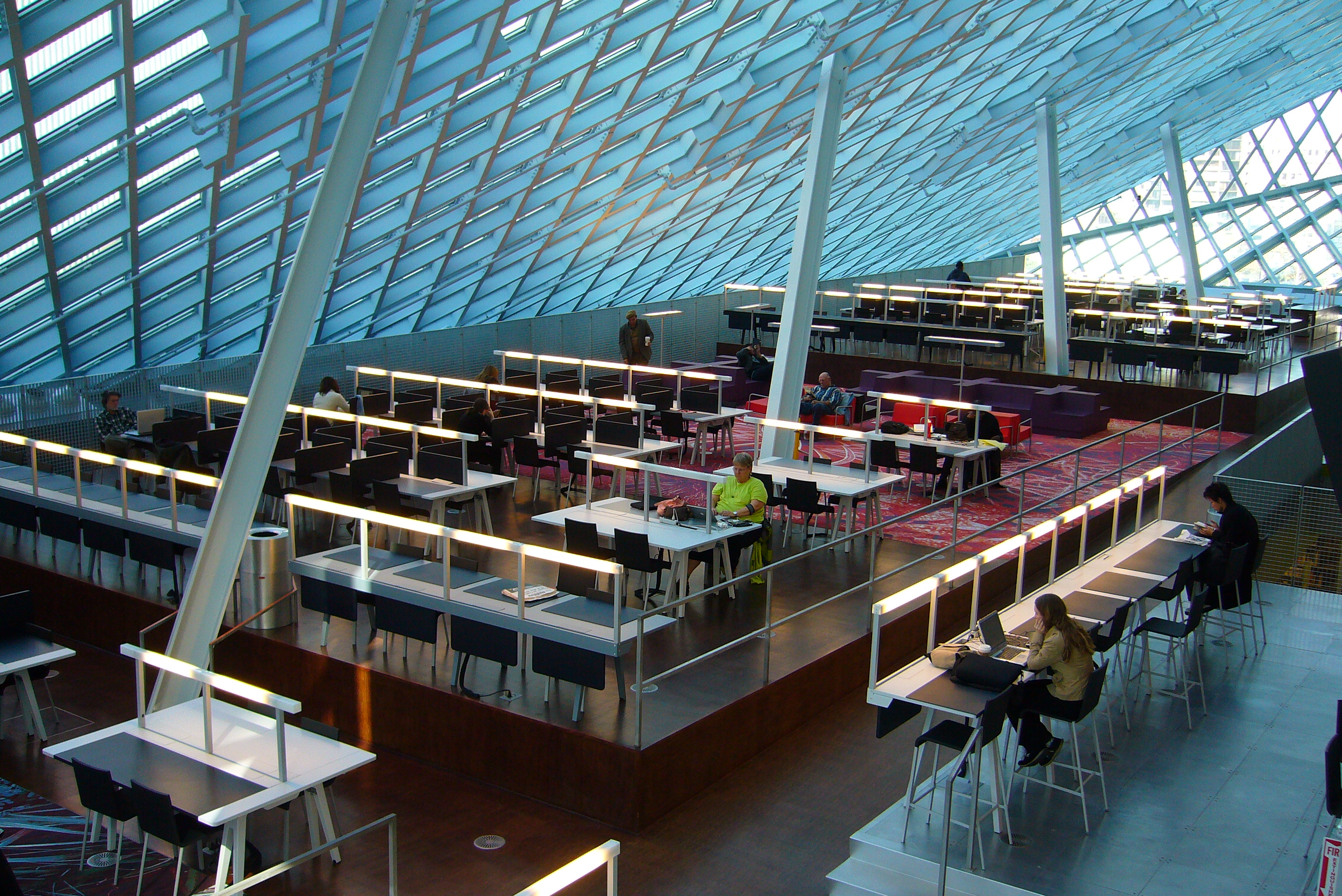 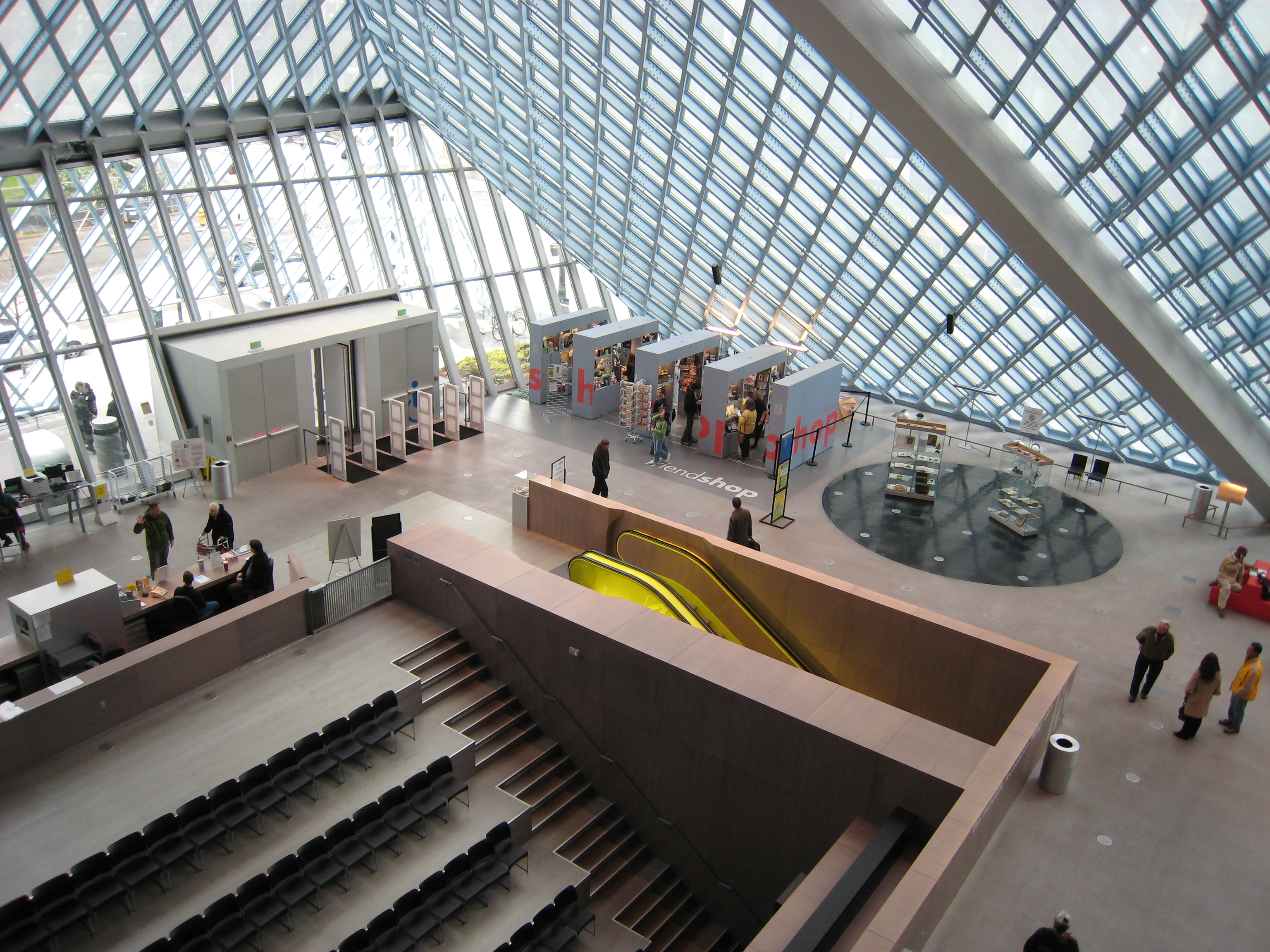 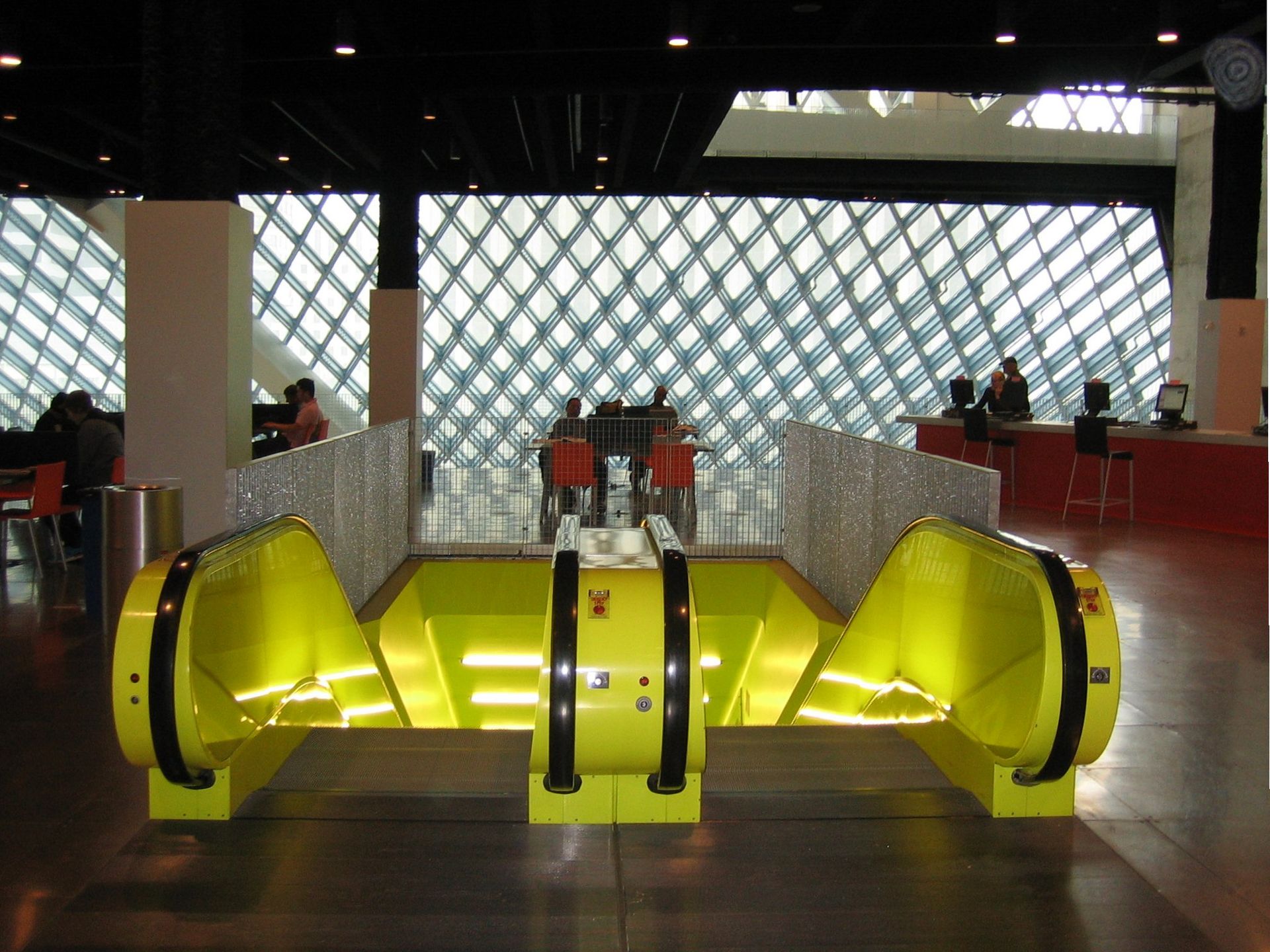 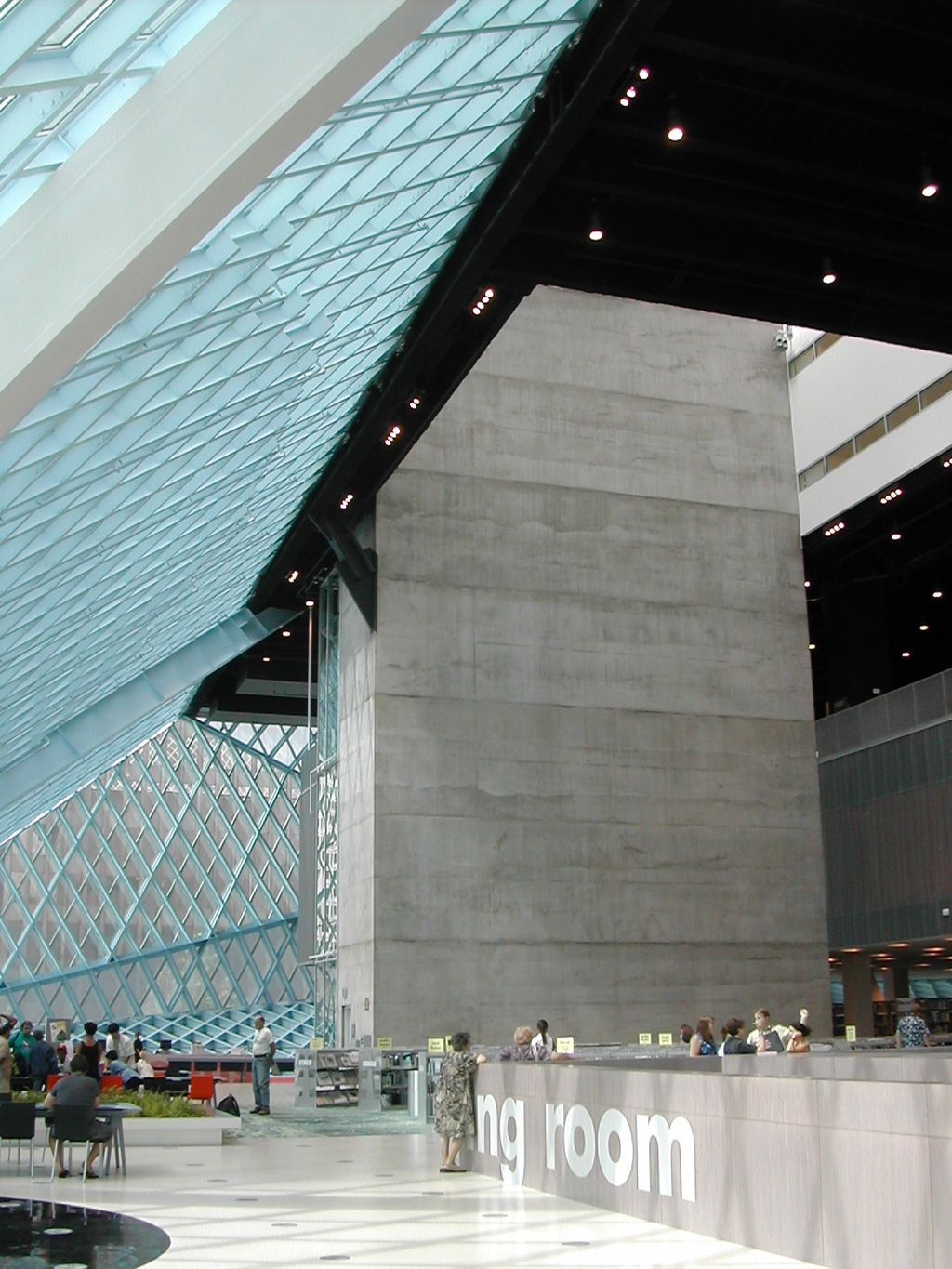 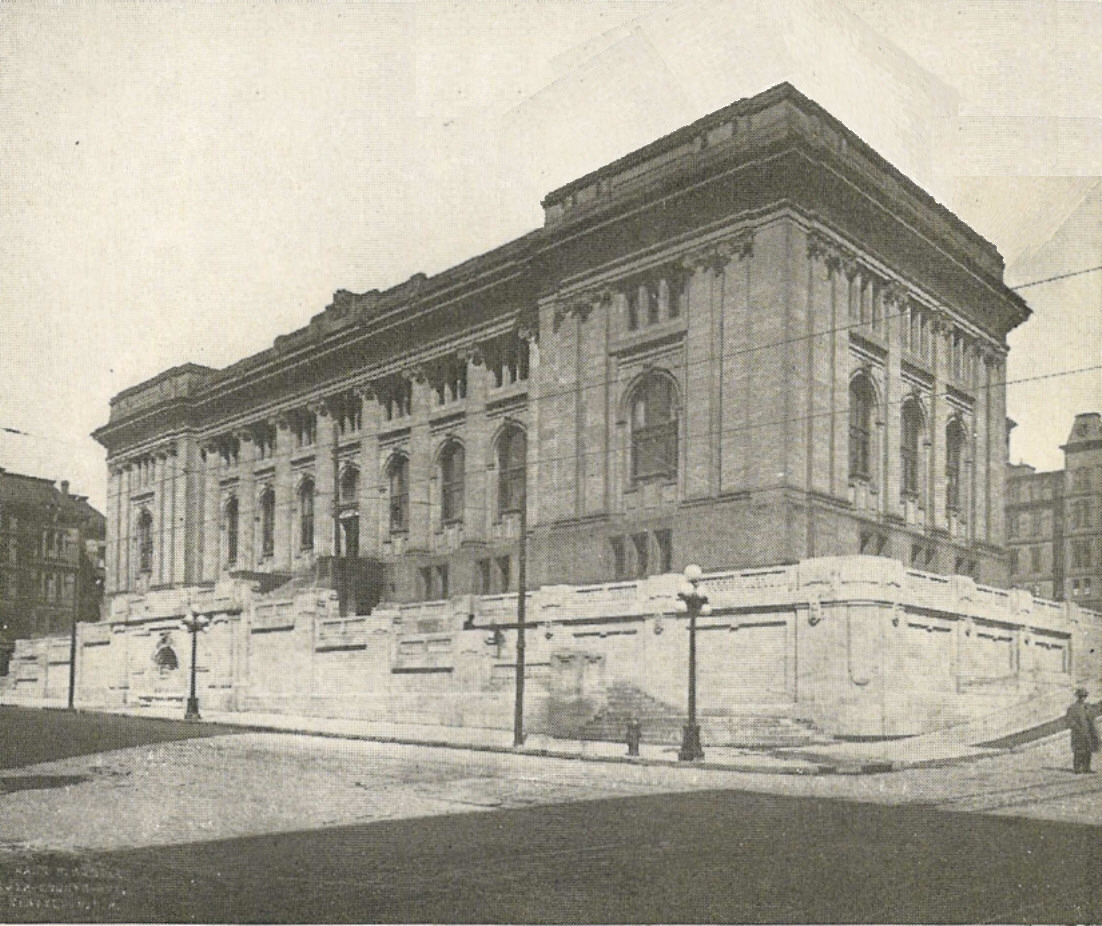 The Seattle Public Library dates back to 1891 when the Seattle Library Commission opened a public reading room in the Occidental Building located at 1st Avenue. The first book borrowed was Mark Twain's "Innocents Abroad." Due to tight budgets, the library did not have one established building and they relocated to different downtown buildings several times. Finally in 1899, the Seattle Public Library rented the elaborate Yesler Mansion and grew to holding almost 140,000 volumes. Tragically, just after New Year's in 1901, the wooden structure burned to the ground and much of the collection was lost. Soon after, Andrew Carnegie agreed to give $200,000 to fund a new, fireproof library, and even agreed to an annual maintenance allotment of $50,000.

In 1902, the City of Seattle purchased the city block that included Fourth and Fifth avenues as well as Madison and Spring streets for a total of $100,000. Peter J. Weber, and architect from Chicago, was chosen to design the new library and he formed a Beaux-Arts design that totaled 55,000 square feet. On the evening of December 19, 1906, more than 1,000 people attended the dedication of the Seattle Public Library. The new building held what was called the largest children's reading room in America, a large lecture hall, an atrium, electric elevators, and even a telephone system.

In the midst of the Great Depression, unemployed workers would make the trek to The Seattle Public Library to read the job ads, and simply to burn time because they had little else to do. Yet the library also suffered due to budgets being slashed, and library employees had to be let go. Franklin Roosevelt's New Deal projects did alleviate some of the pressure, in 1935 there were 55 Works Progress Administration employees who were doing clerical work for the various branches. During World War II, the library struggled to keep up with the flood of individuals that the government and companies such as Boeing brought to the area.

The 1950s brought a string of new branches for the growing Seattle Public Library, whose main branch was slowly fragmenting. In 1960, the 206,000 square foot Central Library was opened at the location of the original Carnegie library built at the turn of the century. The modern building had five floors, the first escalator to be featured in an American library, a window to drive-up and pick-up books, and a whole collection of beautiful artwork.

Throughout the 1960s, several other branches of The Seattle Public Library opened up, but the main space eventually grew too small, and the concern for earthquake related danger caused local officials to pursue a renovation. In 1998, an initiative in the city called “Libraries for All” secured nearly $200 million for the renovation project. Additionally, $20 million was donated by Bill Gates, the CEO of Microsoft and a Seattle native.

The current library was built with a unique and innovative design structure, created to be welcoming, light filled, and ultimately, very useful. Unique features include a “Book Spiral, ”which features the library’s collection of non-fiction books over several floors, so not to disrupt the dewy decimal system. The library houses nearly 2 million books, 500 public use computers, an auditorium, a “living room” space for readers, and panoramic views of Elliot Bay from the 10 and 11th levels.

The building’s unique and striking glass, concrete and steel structure, built around floating platforms and multilayered floors, has received international attention, having been called “the most important new library to be built in a generation, and the most exhilarating” by the New Yorker, and being awarded one of the 150 favorite structures in the US by the American Institute of Architects. This 363,000 square foot library in the heart of Seattle has served as a social imprint for over one hundred years, and it continues to be a place for people from all over the world who share a love for reading to come.