The term “El Camino Real”, Spanish for “The Royal Road”,sometimes called in English “The King’s Highway”, can refer to a number of roads that went by this name, including historical roads in California, Cuba, and Mexico. This historical marker refers to a road that stretched 1,000 miles from Saltillo, Mexico to present-day Louisiana. A number of present-day highways, including State highway 21, follow the route of the El Camino Real. 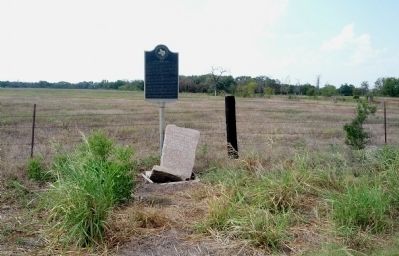 Map of the El Camino Real in Texas 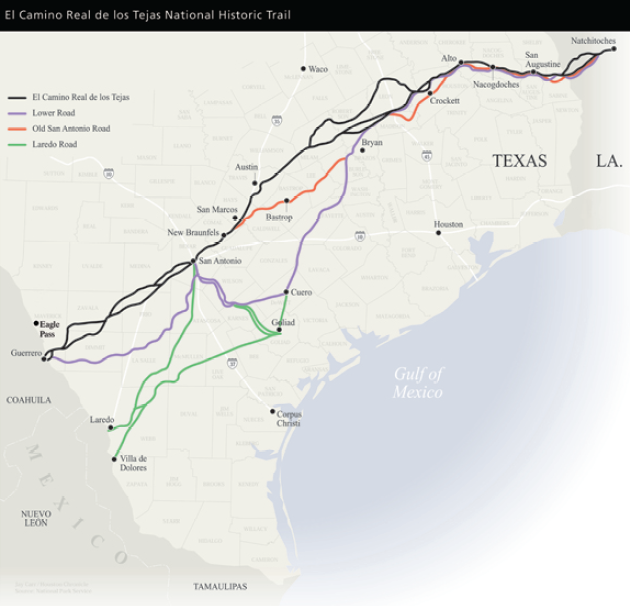 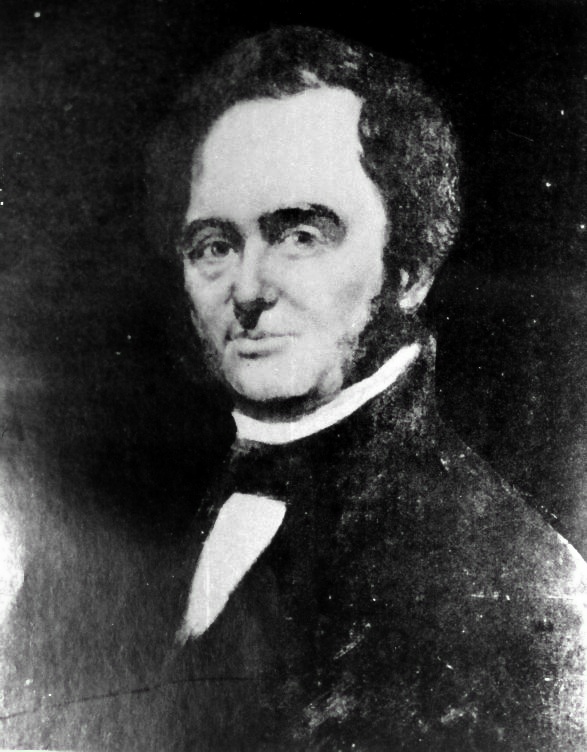 The route more or less followed ancient Native American trails; however, the oldest marked portion dates back to 1691. Named the “Trail of the Padres”, it was sanctioned by the first Governor of Texas, Domingo Teran de los Rios. At this time, Texas was still under Spanish rule and Domingo served from 1691-1692. As governor, Domingo’s responsibilities were as follows: establish seven missions among the Tejas Native Americans; remove any foreign settlers (non-Spanish) in the territory; and catalog the land, resources, and people of the area. In this case, a mission refers to a religious outpost designed to spread Christianity to the Native Americans.

Many notable figures travelled this road, including Moses Austin. Originally born in Connecticut, debts that he and his brothers incurred through their business led Austin to flee US territory and swear allegiance to the Spanish crown. Austin took the road to San Antonio in 1820 to ask Spanish officials for a land grant to establish the first English-American settlement in Texas, which was then owned and governed by the Spanish. Although he died before this could happen, his son, Stephen F. Austin carried out his father’s work.

The road’s northern most point was at Natchitoches, Louisiana and its last point in Texas was at the Rio Grande in Maverick County. The road continued past Texas through Monclova all the way to Mexico City.