Founded in 1912, the Rochester Museum and Science Center is a natural history and science museum in Rochester, New York. It consists of the main museum building, a planetarium just next door, and the Cumming Nature Center, which is located in Naples. The museum features 200 exhibits, covering a wide range of subject matter in the natural science, science and technology, and aerospace fields. It contains 1.2 million items and tens of thousands of documents and photographs in its archives. Much of this material can be accessed online. The nature center is located on a 900-acre property and visitors can participate in various educational programs, including summer camps, or hike on one of the property's six hiking trails. 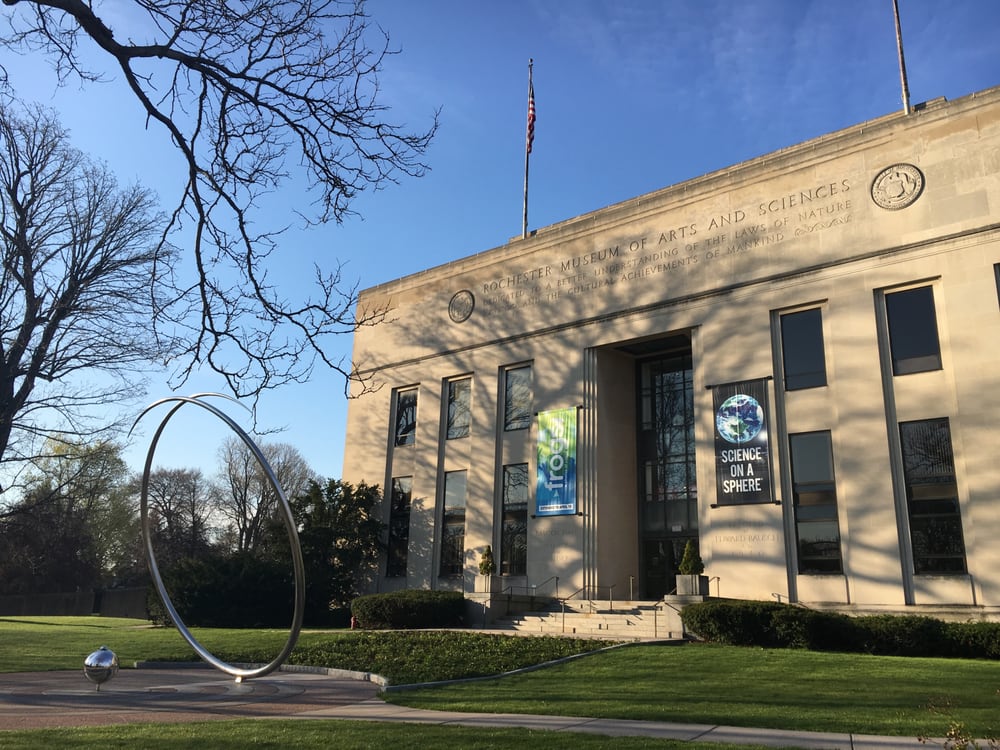 Rochester Museum of Arts and Sciences in the mid-20th century 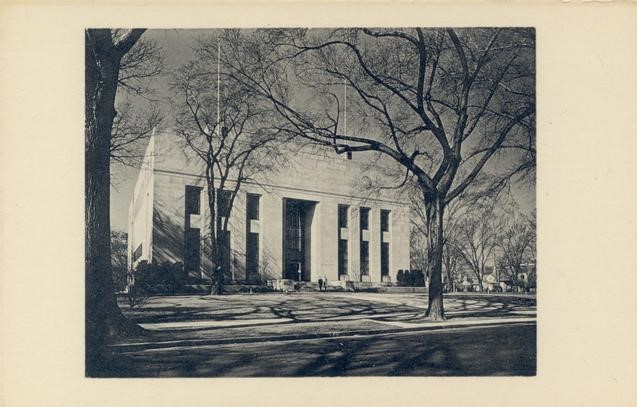 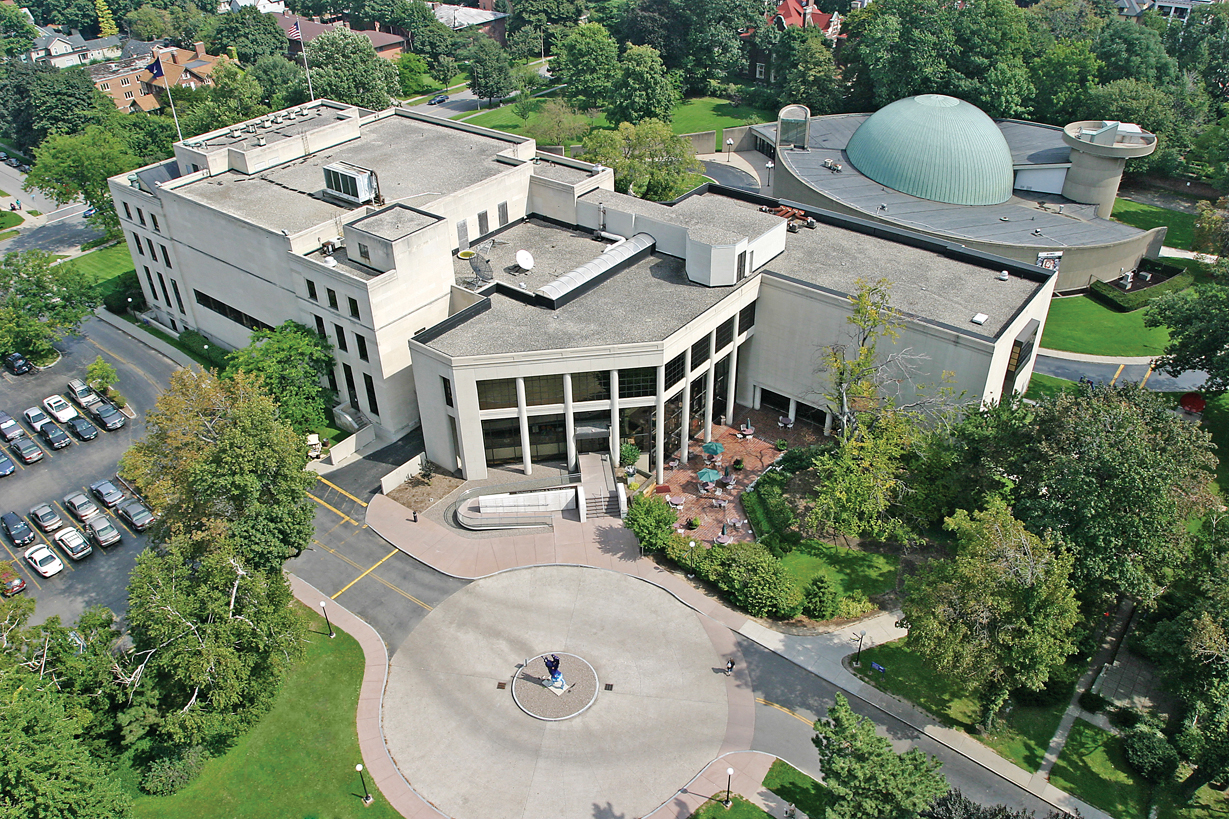 One of the two mastodon skeletons on display at the museum 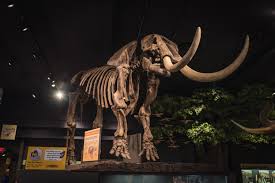 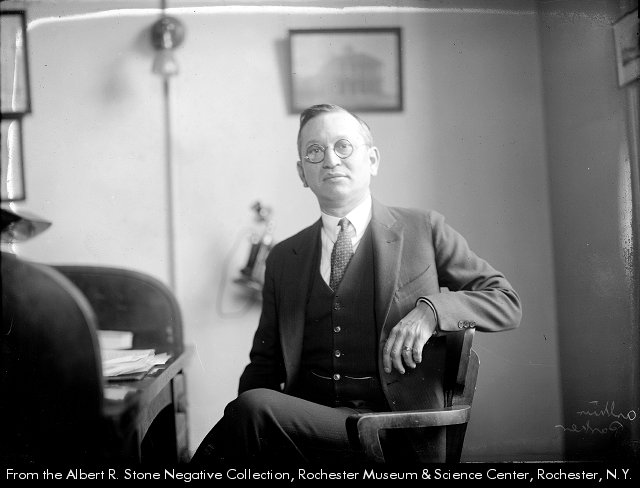 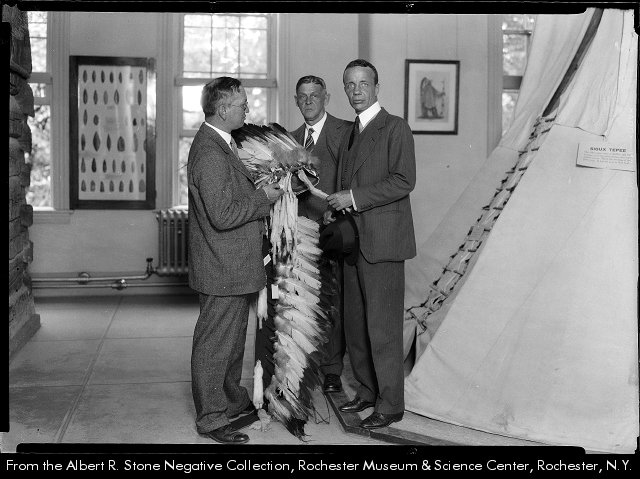 The Rochester Museum & Science Center was originally founded by a city ordinance in 1912 as the Rochester Municipal Museum- a museum "dedicated to providing a permanent repository” for local "relics". Edward D. Putnam was appointed as the museum's first curator the following year. He served in this position until his retirement in 1924. Overall management of the museum fell under the purview of the Public Library Board until 1925, when the Rochester Municipal Museum became its own City Department complete with commissioners.

Following the retirement of the museum's former curator in 1924, Dr. Arthur C. Parker- an archaeologist and expert on Native American history- took the position as museum director later that year. The leadership of Parker, who conceptualized museums as the "university of the common man", was extremely influential in cementing the museum's future. Parker, who was part-Native American himself, was passionate about creating a museum that regularly interacted with historical societies and organizations- particularly ones that had to do with Native American history and culture. In 1935, Dr. Parker acquired funding from the Works Progress Administration- a New Deal Program- to launch the Indian Arts Project, which lasted until 1941. The project employed members of the Tonawanda and Cattaraugus Reservations to create artistic representations of their daily lives. These art pieces are still held in the museum's collection today. Parker also oversaw the construction of Bausch Hall for the museum, and grew the general collection until his retirement in 1945, a decade before his death.

Thanks to Parker's work, the museum's name was changed to the Rochester Museum of Arts and Sciences in 1930 in order to reflect the growing scope of the exhibits being displayed there. The position of museum director was filled in 1945 by Parker's successor, W. Stephen Thomas. Thomas worked tirelessly to expand the Museum's collection even further. In 1968, after the opening of the Strasenburgh Planetarium, the museum's name was again changed to its current title- the Rochester Museum & Science Center. The same year, the City of Rochester handed over operations completely to the museum's Board of Trustees and the museum was established as a private, non-profit educational institution.

Today, the Rochester Museum & Science Center contains a total of 1.2 million items, ranging from local history to ancient artifacts and mastodon skeletons. The museum's 60,000 square-feet of interactive exhibits include a submarine ride simulator, rock climbing walls, and giant-screen films about space in the Strasenburgh Planetarium.

The Rochester Museum and Science Center curated the “Flight to Freedom: Rochester’s Underground Railroad” exhibit that is currently on display. This exhibit highlights the hardships of powerful abolitionists, such as Austin Steward, Frederick Douglass, Harriet Jacobs, and Reverend Thomas James that endured slavery. The museum encourages its visitors to learn how these ex-slaves joined in the fight to abolish slavery and help others seeking freedom, right here in Rochester. This exhibition is family friendly, allowing younger children gradable the immoral issues of racism. This exhibition is accompanied with a docent tour starting with following the “North Star on a journey from slavery, to the doors of abolitionists, and on to freedom during this Underground Railroad Immersion Experience in our Flight to Freedom exhibition.” The docent describes the risks that fleeing slaves and free African Americas have to take to achieve freedom and equality. This interactive exhibit will capture visitors attention from start to finish regardless of age.