Located in the former jail, the Museum of Wayne County History features exhibits on local history such as the Lyons Pottery and Glass exhibit, the military room which contains information from the War of 1812 to the Vietnam War, and a recreated children's bedroom from 1856. The jail cells are also intact and inmates' artwork is still visible. The jail, which also served as the sheriff's residence, was built in 1825 and operated until 1960.

The Museum of Wayne County History, formerly the county jail. 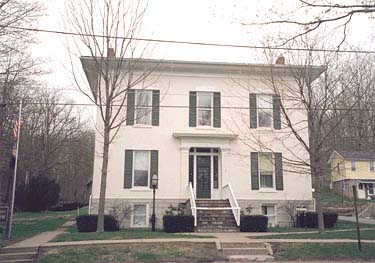