The Metropolitan Museum of Art

The Metropolitan Museum of Art is the largest art museum in the United States with a permanent collection that contains more than two million works of art from all around the world. The museum opened in 1872 and is renowned for its collections, which span several millennia of art history. The Met is famous for its extensive holdings of ancient Egyptian, African, Asian, Oceanic, Byzantine, and Islamic art. In addition, the museum has works by nearly every major European Old Master, and a collection of American Art ranging from the eighteenth to twentieth century. The Met Museum showcases the importance of art throughout our history and how it reflects each era’s experiences.

Entrance facade of the Met. 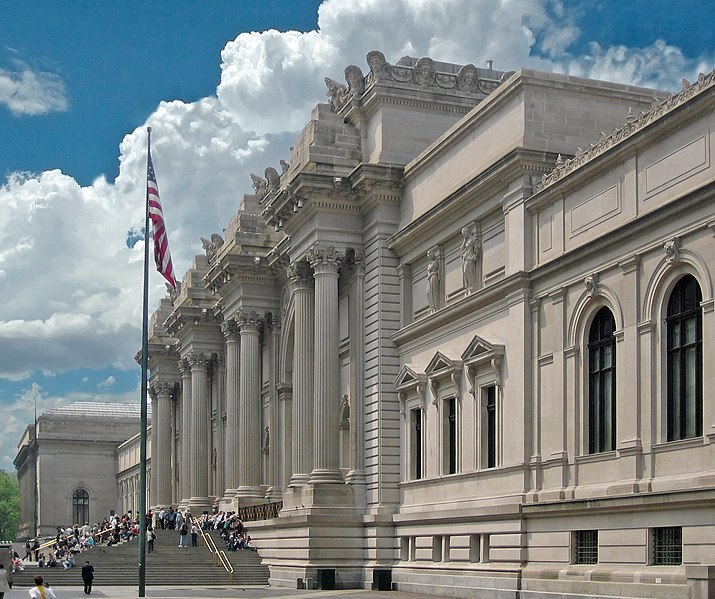 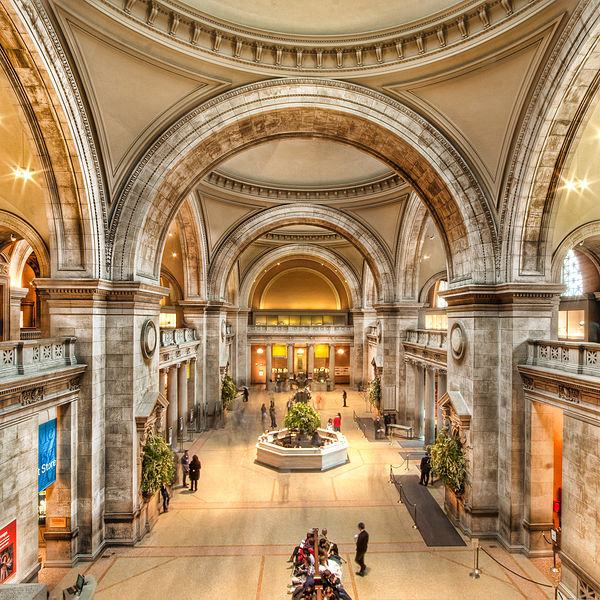 The Temple of Dendur. 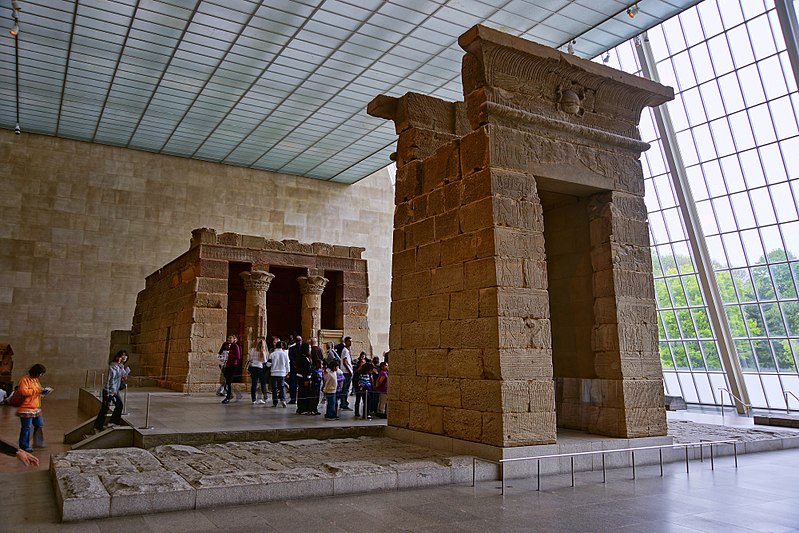 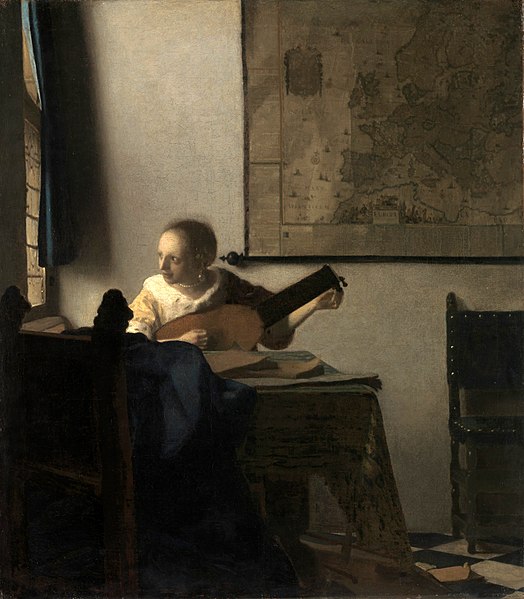 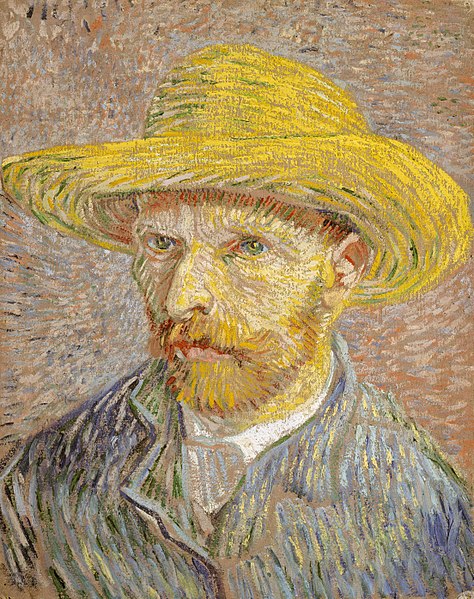 The Metropolitan Museum of Art's earliest roots date back to 1866 in Paris, France, when a group of Americans agreed to create a "national institution and gallery of art" to bring art and art education to the American people. The lawyer John Jay, who proposed the idea, swiftly moved forward with the project upon his return to the United States from France. Under Jay's presidency, the Union League Club in New York rallied civic leaders, businessmen, artists, art collectors, and philanthropists to the cause. On April 13, 1870, The Metropolitan Museum of Art was incorporated, opening to the public in the Dodworth Building at 681 Fifth Avenue. The Met spent a brief period of time in the Douglas Mansion on 128 West 14th Street while architects Calvert Vaux and Jacob Wrey designed the heart of the current Met location. The building was created in a Ruskinian Gothic style, named after the seminal gothic revival architect, John Ruskin. The Met has expanded so much in the last century and a half, that the original building is now completely enclosed in newer additions.

As the Met continued to grow in the final decades of the nineteenth century, more space was needed to display and store art. One of the first major additions was a Beaux-Arts Great Hall which faces Fifth Avenue. Richard Morris Hunt – already famous for designing the Statue of Liberty’s pedestal and Biltmore Estate – created the Fifth Avenue addition while he served as one of the museum’s trustees. This new space opened to the public in 1902. In 1910s, McKim, Mead & White were hired to expand Hunt’s Fifth Avenue façade. The three architects added a wing on each side of the structure, increasing the total length of the Met to over a quarter mile. Though the Met consistently expanded throughout the twentieth century, the next overarching architectural project did not actualize until 1971. Kevin Roche created a masterplan for the museum which completely overhauled the space and organization. The entire project took over twenty years, and led to the creation of iconic spaces such as The Sackler Wing, which houses the Temple of Dendur, and Lila Acheson Wallace Wing, which displays modern and contemporary art.

As the twentieth century wound to a close, Roche remained the primary architectural mastermind of the Met. One landmark expansion was the opening of the Iris and B. Gerald Cantor Roof Garden in 1987. In addition to providing spectacular views of Central Park and the Manhattan skyline, the garden has also hosted single-artist exhibitions since 1998. Some other new spaces were created, but renovations were far more common. It was during the 1990s and early 2000s that the Met consolidated its cultural collections and gave them more distinct spaces. For example, Oceanic and Native North American galleries opened in 2007, with galleries for Turkey, Iran, Central Asia, and South Asia opening in 2011. Today, the Met boasts over 633,000 square feet of gallery space, making it the fourth largest museum in the world.

With over two million works, the Metropolitan Museum of Art has extensive holdings of practically every major art movement, artist, and period. One highlight is the collection of ancient Egyptian works, the largest in the world outside of Cairo. This collection is crowned by the Temple of Dendur, a painstakingly dismantled and reconstructed place of worship from south of Aswan. Other collections of ancient art include works from Greece, Rome, Africa, Asia, and Oceania. The Met also includes extensive collections of Old Masters works, early modernist paintings, and American art from the eighteenth through twentieth centuries.

Not all of the Met’s holdings are traditional visual arts. One sector of the museum includes the collection of musical instruments. There are about 5,000 instruments from all over the world displayed there. Some of the instruments displayed include the oldest surviving piano, ancient Asian instruments, and Antonio Stradivari violins. Every year, usable instruments are taken out of their displays and played by famous musicians in a concert held by the department. The Museum of Costume Art merged with the Met in 1937 and became its Costume Institute Department – another unique unit. More than 35,000 costume pieces are held within the Met, but due to the fragility of the works, they can’t be displayed year-round. Each year marks a different display theme. For example, the museum will sometimes highlight famous designer works like Coco Chanel or Versace. Other years, they will display costumes worn by famous rock stars like the Beatles or Madonna. Through a variety of object types, the Met supports their mission to educate the general public about the arts.

History of the Museum, The Met. Accessed October 26th 2020. https://www.metmuseum.org/about-the-met/history.

Nostrand, D Van. New York as it was and as it is: Giving an Account of the City from Its Settlement to the Present Time: Forming a Complete Guide to the Great Metropolis of the Nation, Including the City of Brooklyn and the Surrounding Cities and Villages: Together with a Classified Business Directory. Brooklyn, NY. 1876.