Erie Canal Village is a large outdoor museum of a reconstructed 19th century settlement. Located in Rome, New York, the village features three museums: The Erie Canal museum, which details the history of the canal (the original canal, not the current one, began to be dug at this location on July 4, 1817); the Harden Museum, which features utilitarian and more fancy horse drawn vehicles; and the New York State Museum of Cheese, which describes the role the cheese industry played in New York during the 1800s. Other structures at the village include a tavern, Blacksmith shop, railroad station, an ice house, school, church, and a canal store.

Entrance to the village 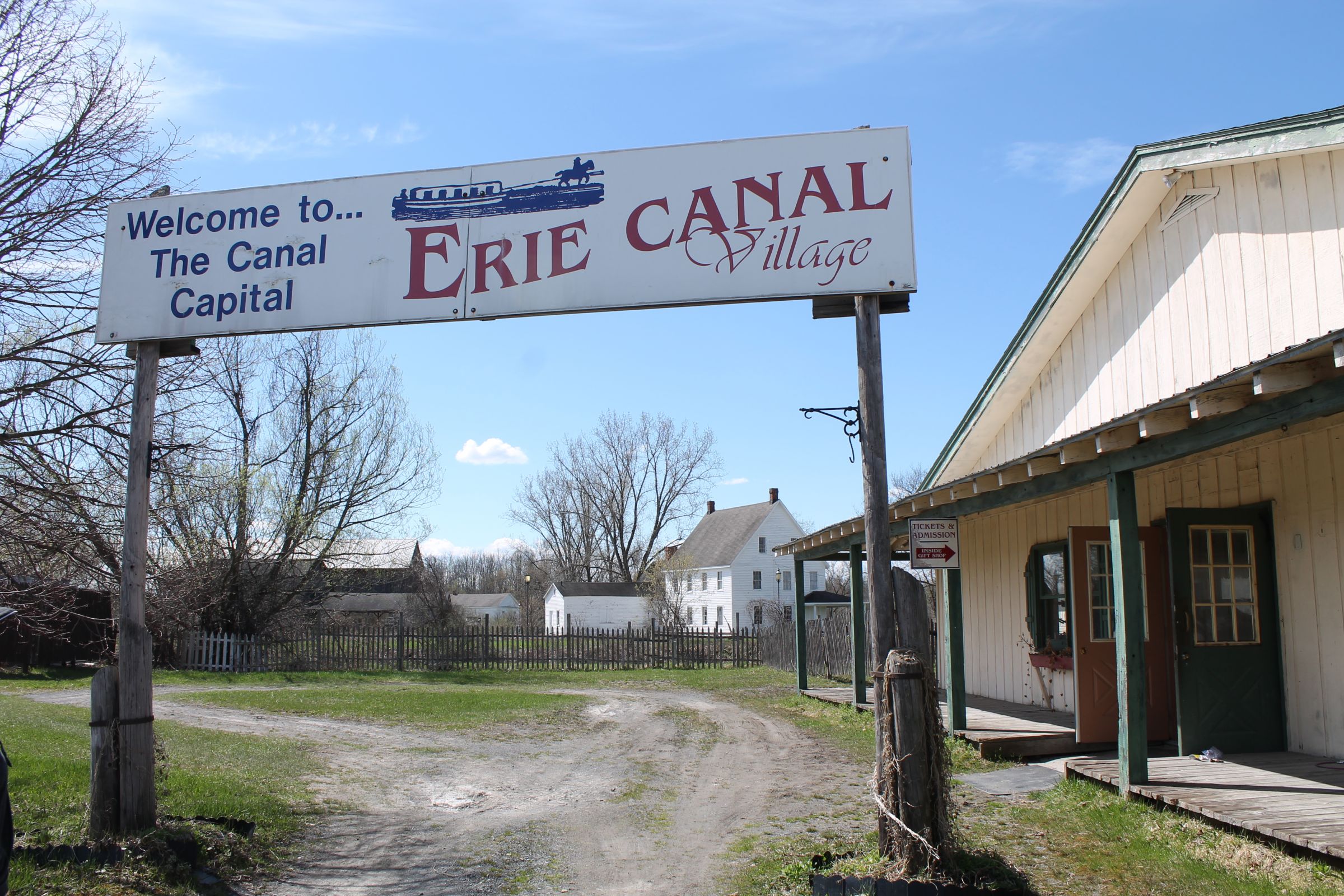