Johnsonville State Historic Park is named after the 17th president and 15th governor of Tennessee, Andrew Johnson. Johnson served as the Union Military Governor of Tennessee from 1862 to 1865. The 1,075 acre park commemorates the Battle of Johnsonville, a two-day battle fought in 1864, as well as the Johnsonville Depot. The park, located in Humphreys County, also commemorates the former townsite of Johnsonville, which existed from 1864-1944. The city was eliminated with the establishment of dams that led to the formation of Kentucky Lake. In 2012, the park opened a new welcome center which features a museum, theater and gift shop. 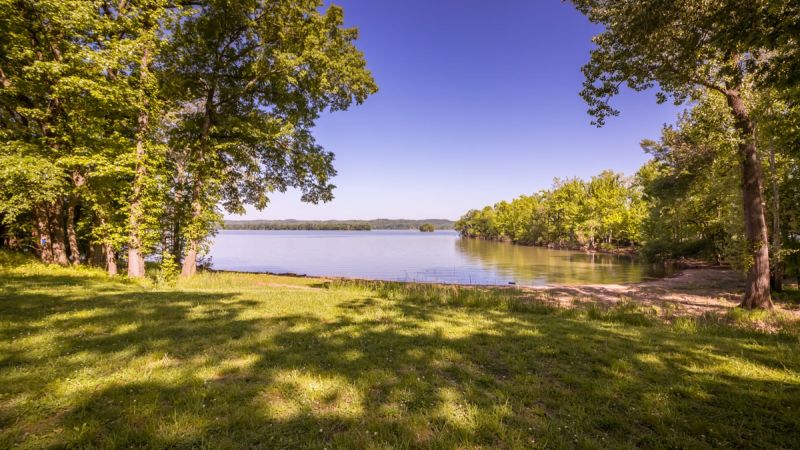 The Battle of Johnsonville Historical Marker 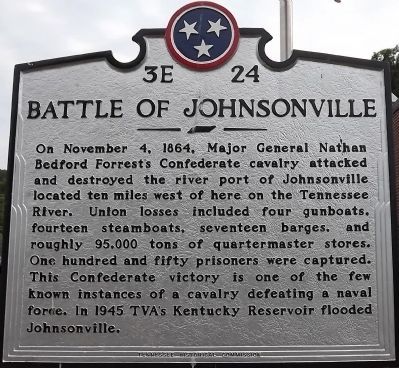 Johnsonville During the Civil War 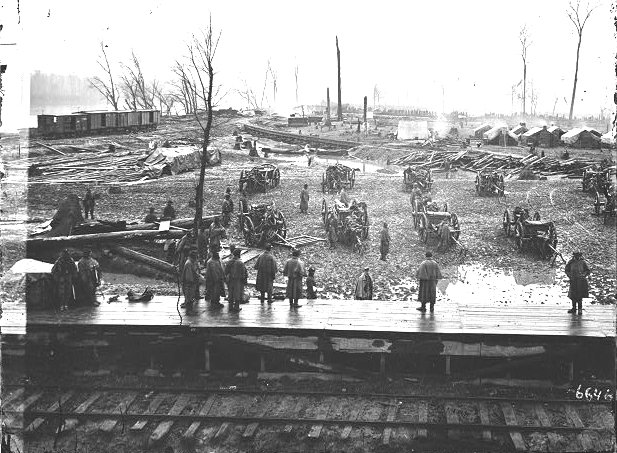 The Johnsonville Depot After the Battle, November 1864 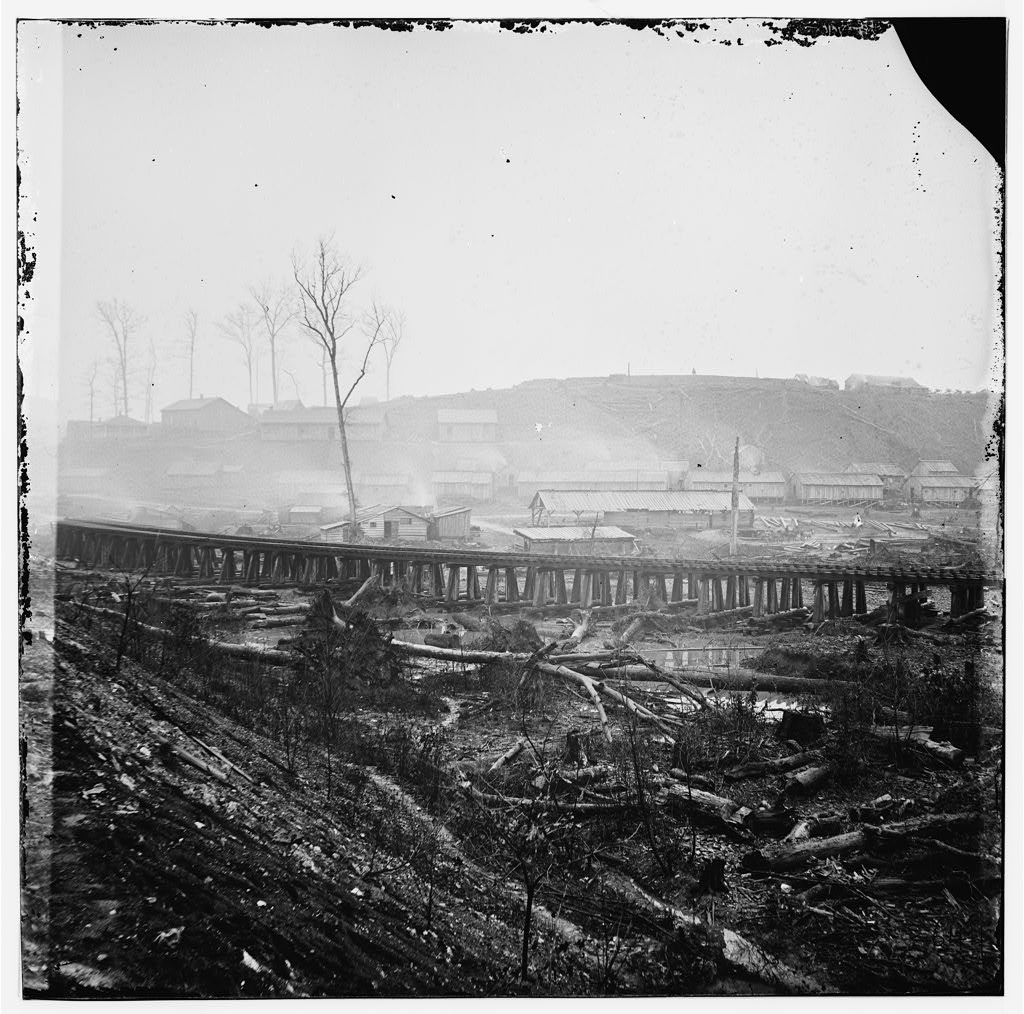 A Historical Reenactment of the Battle of Johnsonville 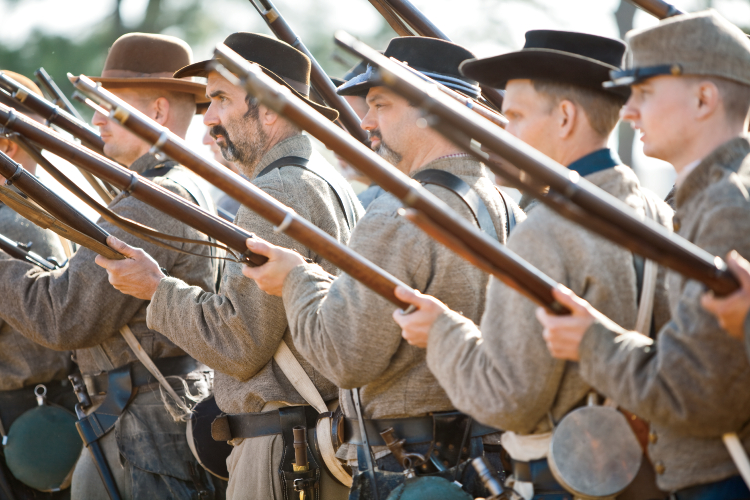 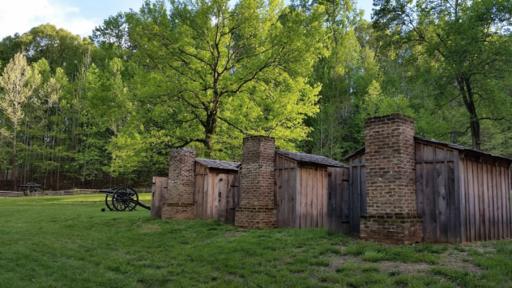 Beautiful Johnsonville State Historic Park covers over 1,000 acres of historic land in New Johnsonville. In the midst of the Civil War, the then city of Johnsonville hosted a Union supply depot which transported guns, ammunition, uniforms, food, and more for the army. The Union Army issued the creation of the railway and relied on close to 15,000 men to build it. More than 7,000 of the men were former slaves who were forced to work for the Federal railway program against their will and with no pay. Johnsonville itself was a prime location because it was located along the Tennessee River and it was easy to disseminate supplies to Georgia, other parts of Tennessee, and Mississippi. Immediately after arriving in the sparse city of Johnsonville, the Union Army cut down trees and built warehouses, docks, saw mills, and more.

Using steamboats as a key method of transportation, the supplies were brought up the Tennessee River to the Depot, then moved down the Nashville & Northwestern Military Railroad to the capital, Nashville, and finally on to General William T. Sherman's army located in Georgia. In early November of 1864, just two months after Johnsonville was established, General Nathan Bedford Forrest moved his Confederate troops into Johnsonville and attacked the Johnsonville Depot. Soldiers in the 1st Kansas Artillery, the 12th, 13th, and 100th United States Colored Troops, and 43rd Wisconsin Infantry banded together to save the Depot, but ultimately it was a lost cause. What remains from the Civil War era are the upper and lower redoubts of Fort Johnson. These two large fortifications are available for visitors to catch a glimpse of what life looked like for troops during the war. Also throughout the park, tourists may see old Union rifle pits, as well as some remaining railroad turntable and railroad bed.

As tourists make their way through the park, they can see replicas of the huts that Union soldiers stayed in, as well as informational wayside exhibits. Throughout the year, Johnsonville State Historic Park hosts events such as a Junior Ranger Camp, and every November, the Battle of Johnsonville is commemorated with a living history program. In addition to the welcome center featuring a museum and theater, the park also offers plenty for nature-lovers, including ten miles of trails, and plenty of places to fish, swim, bird watch, and picnic. The museum focuses on not only the Battle of Johnsonville in 1864, but also the history of Old Johnsonville, ranging from 1864 to 1944.