Bullock Texas State History Museum was founded in 2001 by the former Lieutenant Governor Robert “Bob” Douglas Bullock, Sr. (1929—1999). It is a dynamic institution that engages visitors in the exciting “Story of Texas” through a variety of exhibits, films, and programs. The museum features Austin’s premier IMAX Theatre and The Texas Spirit Theatre, which hosts a feature presentation entitled Star of Destiny (special effect/4D theatrical experience on Texas history and culture). 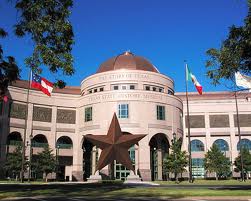 Floor of the Museum Entrance 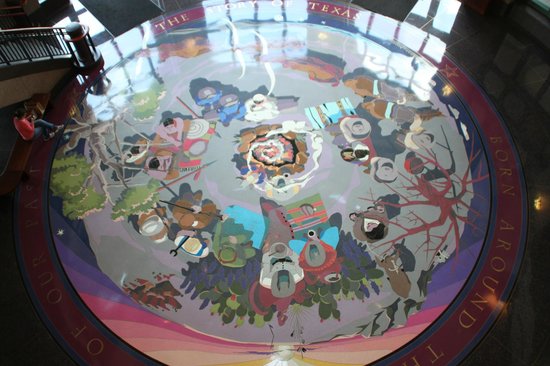 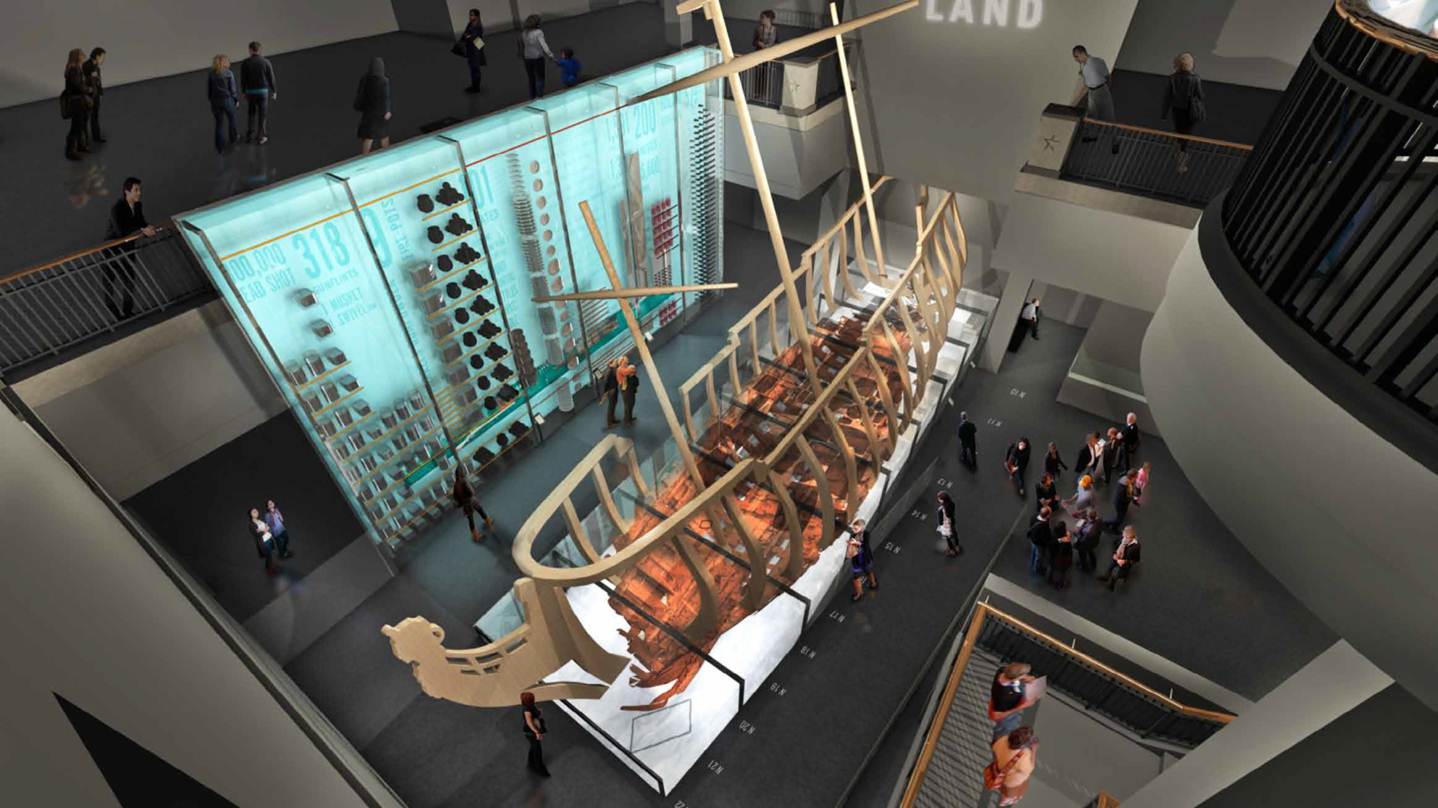 Located in Austin's Capitol Complex, the Bullock Museum is a part of the State Preservation Board, a prestigious state agency that also preserves, restores and maintains the State Capitol, the Texas Governor's Mansion, and other Texas landmarks. The museum collaborates with more than 700 other museums, libraries, archives and individuals to display original historical artifacts and produce exhibitions that illuminate and celebrate Texas history and culture. It is the only museum in Texas that tells the complete story of the state’s history from pre-European contact to the present. A link to an online timeline of this history is included at the bottom of the page.

The museum houses three floors with themed interactive exhibits: “land” for the first floor, “identity” for the second floor, and “opportunity” for the third floor. The first floor features the 17th-century French shipwreck, La Belle. La Belle was an expedition ship sent down the Mississippi River by French nobleman René-Robert Cavelier, Sieur de La Salle, on a mission to establish a colony and trade routes on the mouth of the Mississippi by the Gulf of Mexico. However, La Belle wrecked in a storm, dooming La Salle’s Texas colony to failure. In 1996, the ship was located and many artifacts, including the ship, were recovered and can now be found on display in the Bullock Museum1.

The second floor explores Texas history from 1821 to 1936. It follows the events that shaped Texas during this period such as its revolution, its annexation, immigration, slavery, the Civil War, Reconstruction, the Depression, and many others. The Texas Spirit Theatre shows many videos such as footage of the 1936 exposition that showcased Texas’s western identity and future, a 4D film about Pierre Talon, a child survivor of the La Belle shipwreck, and Star of Destiny, a history of Texas narrated by the character of Sam Houston.

The third floor shows Texas’s emergence into the 20th century. The artifacts vary from ranching and oil tools to a World War II advanced flight trainer airplane that helped the Women Airforce Service Pilots make their mark on history1. A new addition is the Texas Story Project exhibition, which allows Texans to share their story for everyone to read.

Overall, the museum’s mission is to recognize the power of history to inspire present and future generations, and to interpret the continually unfolding Story of Texas through meaningful educational experiences.