Opening in February 2006, The Great Smoky Mountains Heritage Center is dedicated to preserving the history and culture of people who resided in Eastern Tennessee in mountain communities. In an effort to educate visitors on the history of the region, the Heritage Center offers a museum of permanent and temporary exhibits on topics like natural history, mountain culture, and Native American history. The Historic Village has thirteen original structures that have been furnished to replicate the lifestyles of their former inhabitants. The outside area around the museum includes a few structures such as a full-scale log cabin, a Methodist chapel, and a local moonshiner.

The Heritage Center that opened up officially in 2006. 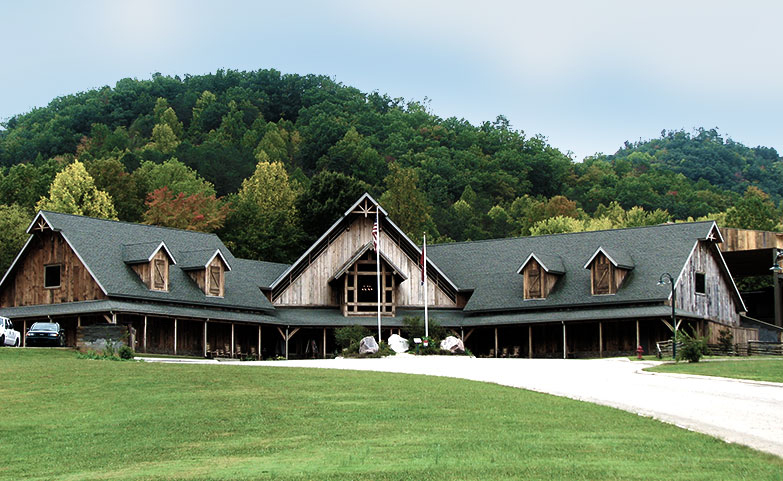 The Cardwell Cabin in the Historic Village 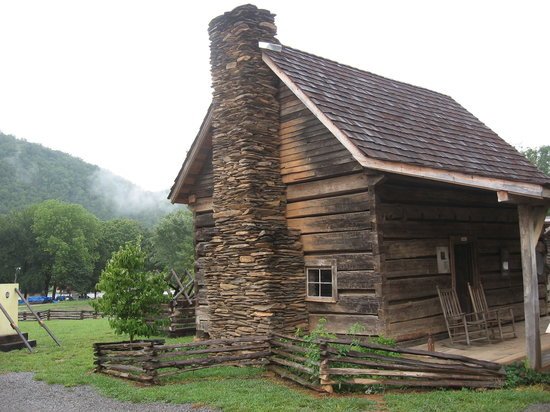 The Great Smoky Mountains Heritage Center was under construction in the early 2000’s and opened up officially in 2006. The mission of this center is to preserve the history of the mountain communities and the residents who lived in the mountains. This also includes history on Native American Indians who settled up in the mountains and the pioneer history surrounding the Appalachian communities. the center was thought of and conceptualized by a local preservationist named Richard Way and The Great Smoky Mountains Heritage Guild. They hosted fundraisers to raise money for the construction of the center in both 2004 and 2005.

The first few displays inside the museum was artifacts and masks used by the Cherokee Indians that represented their seven clans. There was a mountain medicine exhibit that displayed replicated medicine bags and equipment used by Dr. Granville Dexter LeQuire, who practiced medicine in the rural parts of Tennessee during the first half of the 20th century. The center also has a display called “Tennessee on the Move” which showed a gallery of a car driving on mountain roads. There is also a log cabin outside the center on display called the Cardwell Cabin. It was donated to the center by Wilma Maples, who lived in Gatlinburg.

During the first three years since it opened, the center has reported that over 75,000 visitors came to their museum. In 2010, they reported and announced plans to build a new climate-controlled museum in order to house additional displays. Also in 2010, the Wilders Cemetery Association donated the Wilders Chapel to the center and moved it from its previous location in Maryville where it stood since 1910. A moonshiner that was once operated by Charlie Williams was also donated by his son. The Tennessee Association of Museums awarded the Heritage Center with three Awards of Excellence the following year.