The Old Warren County Courthouse is a historic building in Glens Falls, New York. Since 1968, it has been the home of the Lake George Historical Association, which operates a museum in the building as well. The association formed in 1964 with the purpose of saving the building from demolition and to preserve the town's history. Exhibits include the old court room and jail cells. Interesting artifacts include an old anchor found on the bottom of Lake George, a power horn with the date 1756 inscribed on it, and a box crafted in the "tramp" style. The building also houses the Lake George Arts Center, which was formed in 1977. The courthouse was placed on the National Register of Historic Places in 1973. 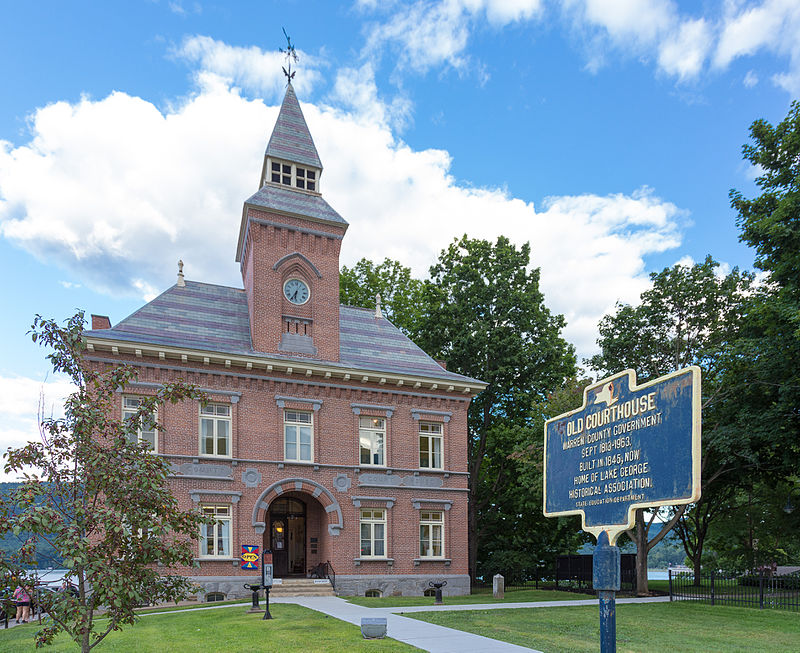