The Chapman Historical Museum is located in a restored home built by hardware merchant Zopher Delong in 1867. A small house was already there and Delong added a second story and brick façade. The museum depicts life during the 19th and 20th centuries in Glens Falls. A highlight is the collection of photographs by Seneca Ray who captured the wilderness in the Adirondack Mountains and the people who started to make their way into the region. The museum also contains an archives, which contains manuscripts, photographs (which number over 10,000), and other materials. 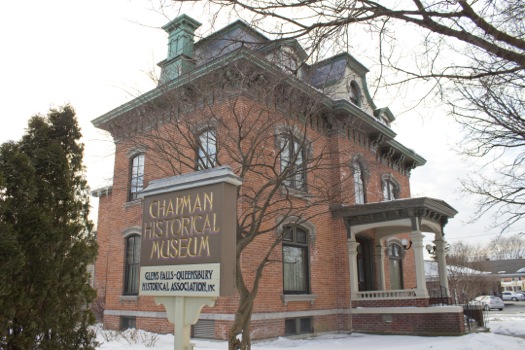