The Hyde Collection is a relatively small but world class art museum in Glen Falls, New York. It is located in the historic Hyde House and the adjacent Cunningham House, both of which are listed on the National Register of Historic Places. The Hyde House was built by Charlotte and Louis Hyde in 1910 and the Cunningham House was built by one of Charlotte's sisters around the same time. The Hydes, like many other wealthy people back then, began acquiring the artwork that would become the basis for the museum collection. The collection is comprised of paintings, sculptures, pottery, furniture, and books. Famous artists include Picasso, Renoir, El Greco and Raphael. The art in the collection spans nearly 6,000 years. The house opened to the public in 1963, the same year that Charlotte died (Louis passed away in 1934). 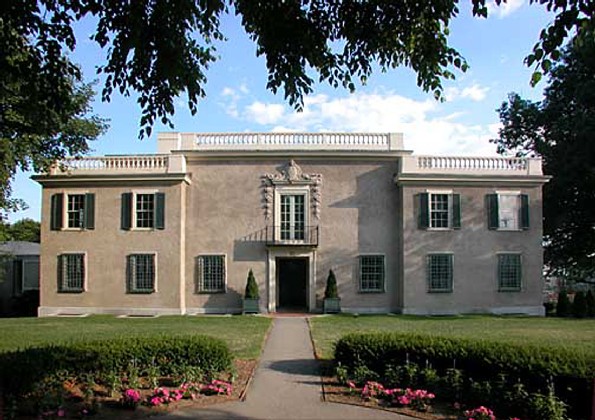 Charlotte Hyde was born into a wealthy family. Her father was a successful paper mill industrialist. Louis was born in Massachusetts and worked as a lawyer before moving to Glen Falls to become the vice president of the paper mill company. The museum acquired the Cunningham House in 1989, greatly expanding exhibit space. The museum expanded again in 2004.