The Wickliffe Mounds State Historic Site represents the remains of a once flourishing village occupied by hundreds of members of the vast Mississippian society, which existed from c. 1100-1350 AD. These Native Americans created a village around a large, central plaza that included several flat-topped platforms, or mounds. The site is located on a bluff above the Ohio River, and is dominated by two large platform mounds, with at least eight smaller mounds. The site, open since 1932, now contains a museum that houses many artifacts excavated from the area, as well as replicas of their artwork. One can also walk along trails that meander around the mounds. It is on the National Register of Historic Places, and is also a Kentucky Archaeological Landmark and State Historic Site.

Overhead shot of the museum, out buildings and mounds. 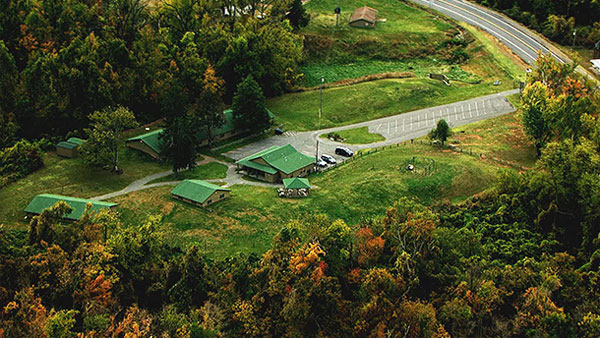 Replica of a Wickliffe burial site.

Pottery artifacts excavated from the site. 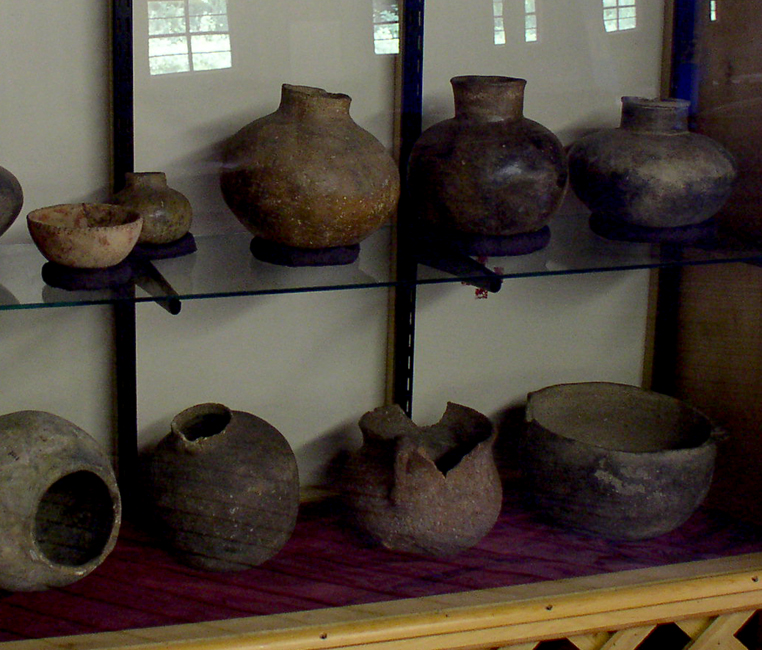 The Mississippians who once lived here were part of a large society that extended up and down the Mississippi River. Its members built numerous villages along the river and created a far-reaching trade network with the river serving as the central highway. The village, in what is now Wickliffe and Ballard County, Kentucky, probably had several hundred inhabitants. As with other Mississippian cultures, the community had a social hierarchy and was ruled by a hereditary chief.

The village at Wickliffe thrived until around 1300, when, for reasons that are still unknown, the natives began to abandon their home. By 1350, they had all moved on from the site. When the natives started to abandon Wickliffe, they slowly moved to the Twin Mounds Site. That site is several miles to the northeast, near the confluence of the Ohio and Mississippi Rivers.

The area and mounds were first mapped in 1888. Artifacts were discovered in 1930 by workers building Highway 51. The land was then purchased by Paducah-based amateur archaeologist Fain King in 1932. He began extensive excavations with plans of building a tourist attraction. King’s attraction, known as the Ancient Buried City, displayed many of the items dug from the area, to include native remains. The land eventually was transferred to Murray State University in 1983, and the archaeological excavations continued, albeit in a more systematic and meticulous manner.

The university then passed the site to the state of Kentucky in 2004. The state then created the Wickliffe Mounds State Historic Site. The museum at the site now displays native pottery, stone tools, and replicas of the human remains and displays that convey their artwork and way of life. It also presents changing special exhibits, hands-on displays, demonstrations, and educational programs. The site was added to the National Register of Historic Places in 1984, and is also a Kentucky Archaeological Landmark.