For one term in 1812, a future President of the Republic of Texas taught students at this small log schoolhouse. As a youth, Sam desired a proper education but was only able to attend school on a part time basis. He did learn to read and write largely on his own, primarily by studying Alexander Pope’s translation of Homer’s “Iliad.” At age 14, his older brothers pushed him to work, Sam promptly left home to find freedom in the nearby Cherokee Nation. By age 18, Sam had accumulated enough debt that he was obligated to get a job. Houston accepted a teaching position at the school. Displaying his ingenuity, he negotiated the rate of pay from $6 up to $8 a term; one-third in cash, one-third in corn, and one-third in cloth. 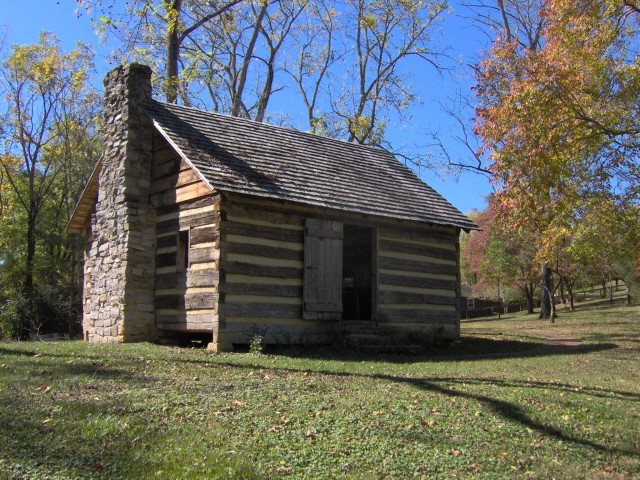 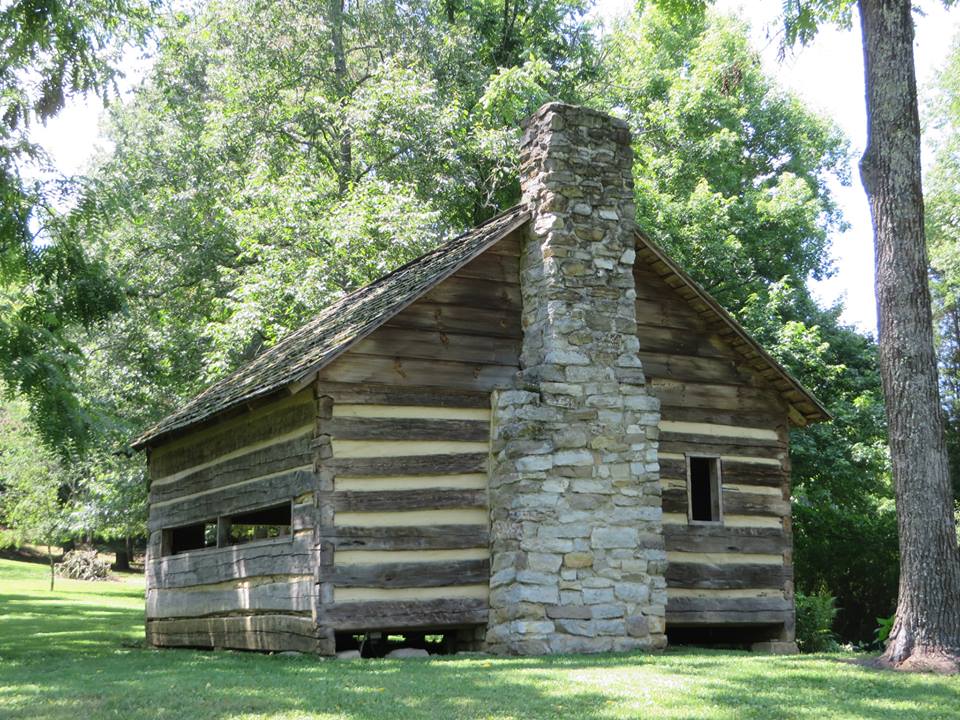 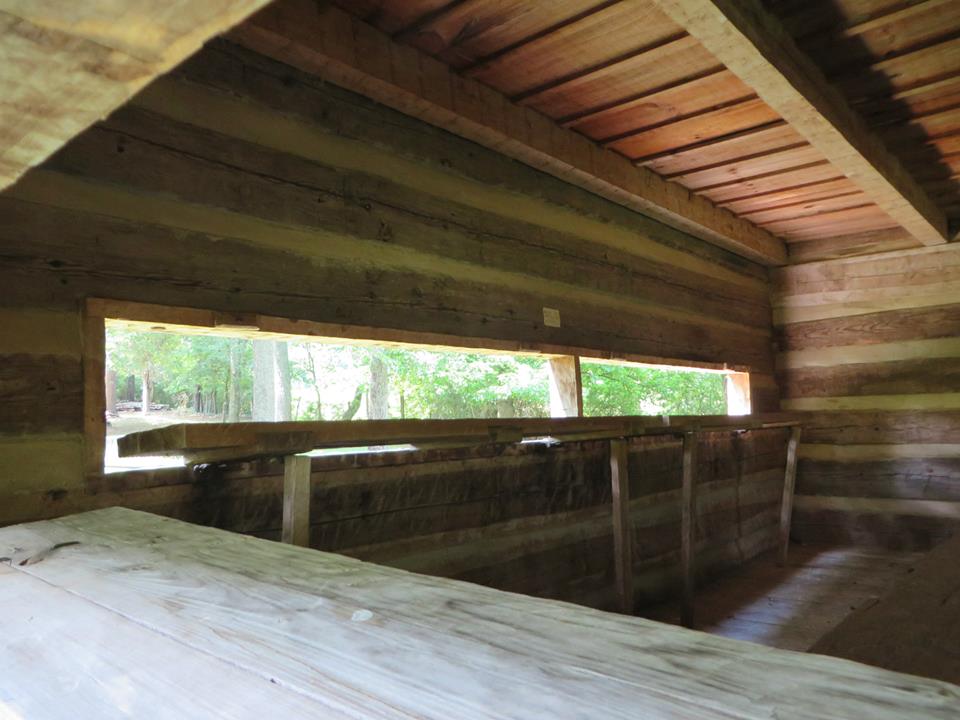 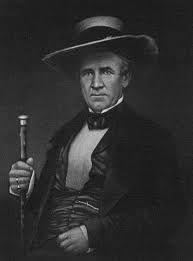 Sam Houston was born in 1793, in Rockbridge County, VA. His father, Samuel, was a soldier in the American Revolution. Samuel was part of Daniel Morgan’s Brigade during the war, and his military service continued after the war eventually attaining the rank of Major. His father married Miss Elizabeth Paxton and the couple went on to have three daughters and six sons. Sam was the couple’s fifth son.1 Well loved by those who know her Elizabeth was described to have possessed “…intellectual and moral qualities” along with an “…impressive and dignified countenance.”2

Upon the death of his father in 1807, Sam Houston’s mother moved the family to East Tennessee. Because of the demands of frontier life young Sam, both in Virginia and in Tennessee, was only able to attend school part time. In Virginia, he had attended school in an old building that formerly housed The Washington Academy, which after it relocated, became Washington and Lee University. In Tennessee, he briefly attended a small academy. Sam’s overall education lasted but a few months. As were many in his time, Sam was largely self-taught through reading but a few books. Among his prized books was Alexander Pope’s translation of Homer’s “Iliad.” A book he frequently quoted.3

At the age of 14, Sam left home when his older brothers forced him to take a job with a local merchant. Desiring a greater measure of freedom, Sam began living in the nearby Cherokee Nation. He lived with the Cherokee over the next four years, occasionally returning home long enough to be re-fitted. Through this experience, Houston became a lifelong friend of Native Americans. He was later quoted as saying “… he never knew a case when a treaty was made and carried out in good faith which was violated by the Indians.” When addressing the anti-Native prejudice of his day he said, “I might have hated the Indians if I had a soul no bigger than a shellbark.”4

Sam Houston taught students at the school for one term before joining the Army in 1813. He would go on to serve in the War of 1812. He would become the Adjutant General of the State of Tennessee. Houston studied law, was elected to the U.S. House of Representatives, represented the Cherokee Nation in Washington, and was elected Governor of Tennessee. Houston served at the Texas Constitutional Convention, was a Major General in the Army of the Republic of Texas, and was elected as President of The Republic of Texas. After Texas was annexed by the United States, Houston was elected as Governor of Texas. Sam Houston is the only person to be elected as the governor of two states, and the president of a foreign nation.6