Birthplace of Oliver Cowdery: First Baptism of LDS/Mormon Church, scribe during Book of Mormon translation and one of the original Apostles

This monument marks the spot where, in 1806, Oliver Cowdery was born. Oliver Cowdery would go on to become a scribe for Joseph Smith, who translated the Book of Mormon. Cowdery was one of the Three Witness to see the Angel Moroni and handle the golden plates, second to Joseph Smith to receive both Aaronic and Melchizedek Priesthoods and was one of the original 12 Apostles of the Church of Latter-day Saints. 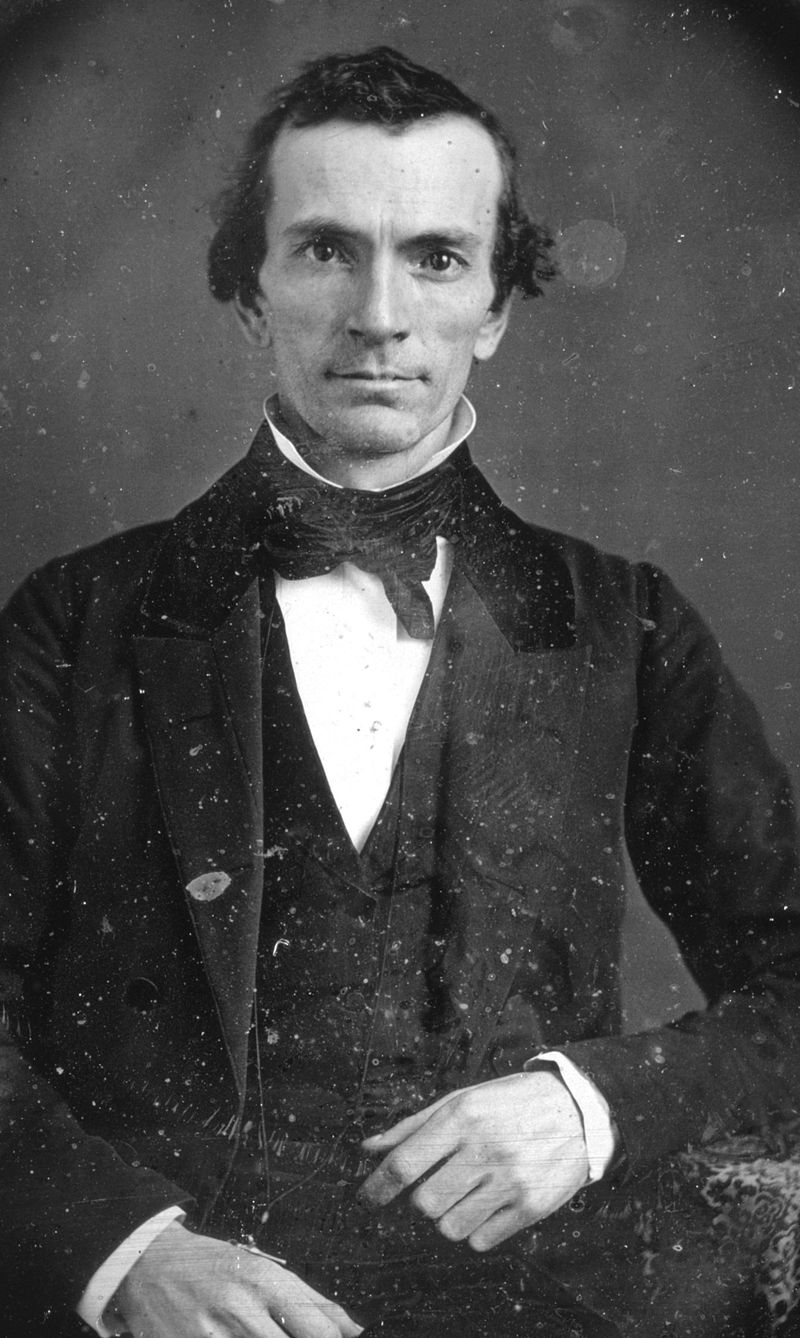 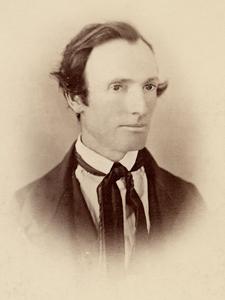 Oliver Cowdery monument on spot where he was believed to have been born in Wells. 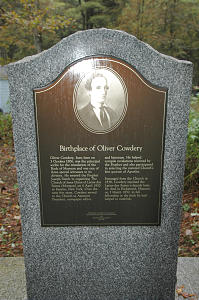 Rendering of translation process, Cowdery is in the far right of painting. 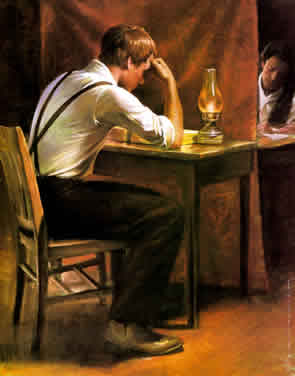 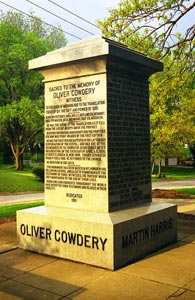 Little is known about Oliver Cowdery's life in Wells, Vermont, where he was born on October 3, 1806 and lived for three years. Little is also known of his life in Poultney, Vermont, where he lived until he decided to move to New York in 1826 and met Joseph Smith and his family in 1829. Cowdery came to the Smith family as a teacher for the poor farming clan and this is where he learned about Joseph Smith Jr.'s vision of God, Jesus Christ, and of the golden plates. Smith worked to translate the plate with the help of his wife Emma and friend Martin Harris as scribes. Cowdery, believing Smith, also became a scribe, moving to a new location near Joseph and Emma in Pennsylvania.

During translation, they came upon verses that dealt with baptism and authority. Desiring to know more about these two things and prayed. According to Mormon teachings, they were visited by the resurrected John the Baptist, who conferred the Aaronic Priesthood and had Smith baptize Cowdery and vice versa. Later, ancient apostles Peter, James, and John, came and conferred the higher, or Melchizedek Priesthood, and both Smith and Cowdery were ordained as elders of the church.  These events were said to have transpired in 1829, and later that year Cowdery and two others were said to have been visited by the Angel Moroni, whom had also been to Joseph Smith a few years before. They also beheld the golden plates. Their testimony, "Testimony of the Three Witnesses," is found in the front few pages of a copy of the Book of Mormon today. When the church was organized in 1830, Cowdery became the Second Elder and later assistant to Joseph Smith.

Cowdery moved with the church to Kirtland, Ohio. There, he helped in the publication of revelations given to Joseph Smith, the beginnings of what is now the Doctrine and Covenants. He also helped in the formation of the Kirtland Safety Society, essentially a bank for the church. However, Cowdry soon began to publicly ridicule and challenge Smith about the bank, the issue of polygamy and how issues were going in Missouri. Cowdery later resigned from the church in 1838.

Although he left the church, Cowdery moved in with members located in Missouri, until he and others were later labelled as "The Dissenters" by the more radical members of the church. As such, Sidney Rigdon, Cowdery, and others felt compelled to flee; Cowdery returned to Ohio. From 1838 to 1844, Cowdery was completely removed from the church until Joseph Smith and Hyrum were murdered near Nauvoo, Illinois. Cowdery went to Nauvoo, and during the "succession crisis," joined with those supporting Joseph Stang who said he, too, found plates and translated them. Stang believed the church needed to move to Wisconsin. Others wanted Sidney Rigdon to lead, who claimed Joseph wrote him saying he was to succeed him, but Rigdon could not provide proof of the letter. Many followers believed that as Brigham Young spoke, they either saw a vision of Joseph Smith or heard Smith's voice as through Young. The vast majority joined with Young and started west.

While in Wisconsin, Cowdery practiced law and tried running for politics, but his faith kept him from winning. In 1848, Cowdery desired to return to the church and came to members in Iowa as they prepared to trek west. For forgiveness and re-admittance. Cowdery was re-baptized and gave up his leadership as a former Apostle as proof of sincerity. He was formally approved to return in good standing. However, due to poor health Cowdery could not go. He moved to Missouri and was about to head to Washington D.C., by order from Brigham Young to make a case for the Latter-day Saints state of Deseret to be admitted to the union. However, his health worsened, and he died on March 3rd, 1850. The location Cowdery is believed to have been buried is marked by a monument called "The Three Witnesses Monument," and is dedicated to Oliver Cowdery, David Whitmer, and Martin Harris, the Three Witnesses to the Book of Mormon.

*This entry is a condensed version of Oliver Cowdery's life. More can be learned from various links below, from LDS.org, the Church History Library in Salt Lake City, as well as Historic Kirtland Village, Ohio.