Birthplace of Heber C. Kimball, one of the original 12 Apostles of the LDS/Mormon church

Heber C. Kimball was born in this small town in 1801 and lived here until the Kimball family was forced to move because of severe loss of investments because of the embargo during the War of 1812. A series of events would lead him to come across early missionaries of the church of Christ, later The Church of Jesus Christ of Latter-day Saints, moved to Pennsylvania to meet more and joined the church. He would stay with the church as one of the original 12 Apostles and eventually serve as a counselor to Brigham Young and serve in various territorial government positions in what is now Utah. The exact location of Kimball's home here is not currently known. 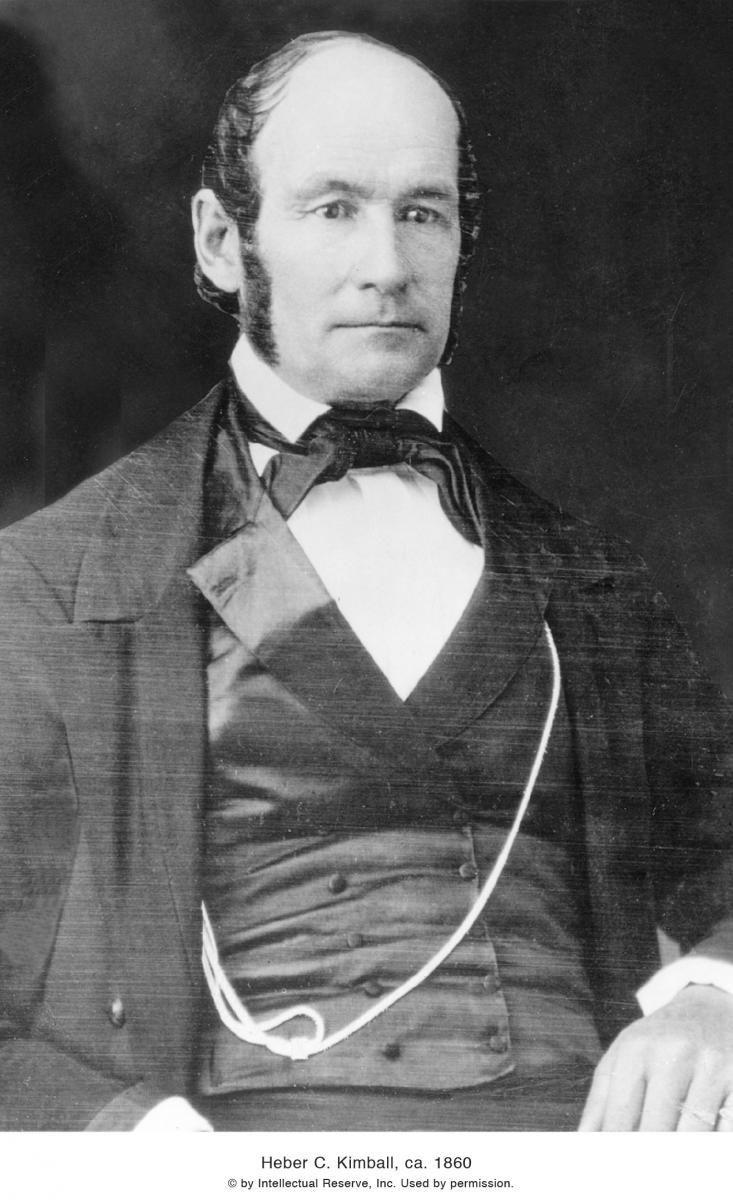 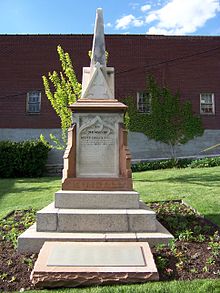 Born June 14, 1801, not much is known about Heber C. Kimball's life in Sheldon for the ten years he lived here. As the embargo on exports placed on Thomas Jefferson, president of United States began to backfire and hurt those with overseas investments, more so during the War of 1812. The Kimball's being one of those family's hit by finacnial ruin, were forced to move and try again, this time in Mendon, New York. While in Mendon, Heber was trained as a Blacksmith and potter, while also farming. Around the same time that Joseph Smith in Palmyra, New York was visited by the Angel Moroni in 1827, which revealed the existence of golden plates, later the Book of Mormon, Kimball himself saw a vision of fighting armies, which he later learned referred to a spiritual fight between God's people and Satan's people after the restoration of Christ's church on the earth. Soon thereafter, he heard of Joseph Smith and later came across missionaries in the area. Intrigued, he moved to Pennsylvania and met more members of the newly organized church and was baptized in 1832. He returned to Mendon, suffering ridicule from the locals. He later joined the church in Kirtland.

While there he was called to serve a mission in England to open that nation to missionary work of the church. He later returned to England after the church settled in what is now Nauvoo, Illinois while sick with a severe illness, also afflicting his family. This second mission to England resulted in over 1500 converts and establishing the church in the island nation. He came back to Nauvoo after Joseph and Hyrum Smith were murdered in 1844. He took over as President of the Quorum of the 12 Apostles after Brigham Young replaced Joseph Smith.

Kimball trekked west and served as a counselor to Brigham Young until his death in 1868. He also served in various government positions in the territorial government of Utah and over saw the performance what members of the LDS church call saving ordinances, such as the endowment and Temple Sealings (doctrine of eternal marriage and families) in recently constructed temples such as the one in St. George and Manti Utah as well as helping these ordinances get performed for members still living in England. Kimball is remembered today as a stalwart member who stayed faithful until the end. One of his descendants , Spencer W. Kimball, became a President of the church and another, Quentin L. Cook, is currently one of the Twelve Apostles today.

Additional  information on Heber C. Kimball can be learned from LDS.org and the Church History Library in Salt Lake City.

*More information regarding his childhood in Sheldon, once found should be added to this entry.