This historical marker was dedicated in 2009 and recognizes Chicago's connection to the history of the Blues as many musicians from the South and other locations came to the city for jobs or traveled here as part of a larger circuit that connected blues clubs in the Midwest to those of New York all the way down to the Mississippi Delta. Throughout the first half of the 20th century, more specifically around WWI and WWII, hundreds of thousands of African American migrants took the trains from the south to Chicago, whether for factory work boosted by wartime industry or for better economic opportunities. Among these migrants include many of the most famous blues artists of all time, including Muddy Waters, Willie Dixon, Howl’in Wolf, Bo Diddley, Jimmy Reed, Otis Rush, and many others.

The large migration to Chicago garnered the nickname, "The Great Migration"

Muddy Waters, the king of Chicago Blues, in 1978 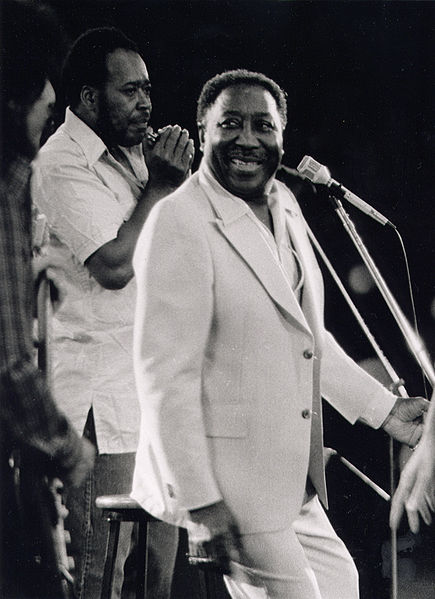 Legendary Big Joe Williams, one of the Mississippians to become famous in Chicago, recording 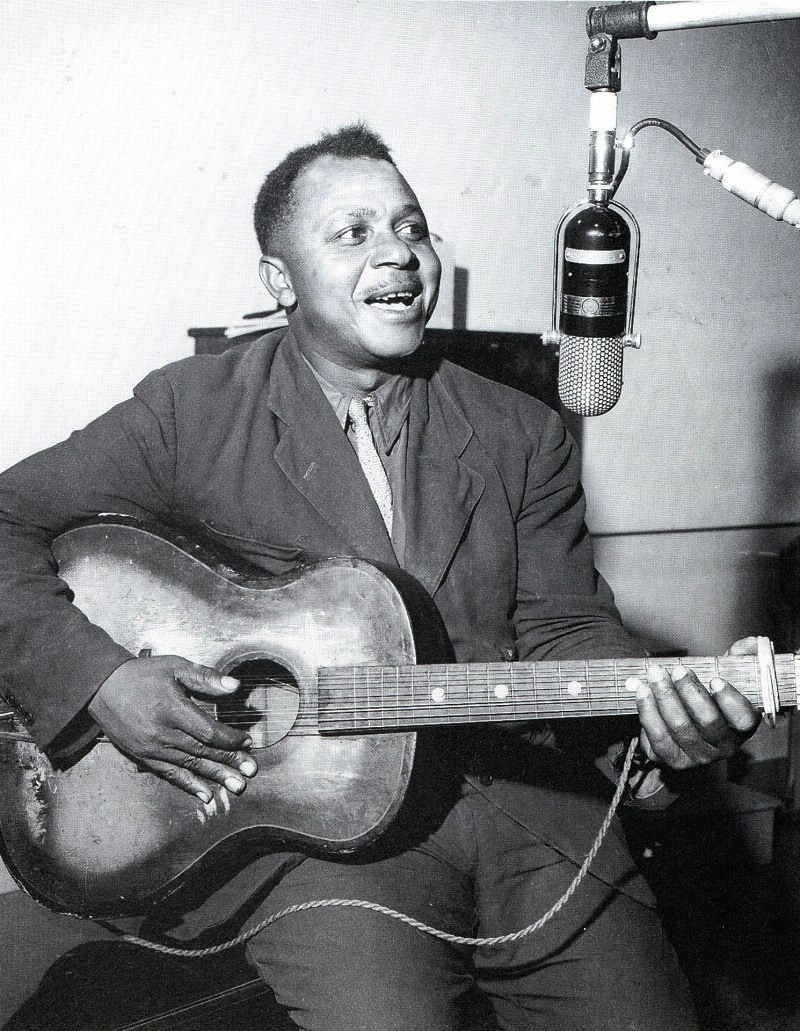 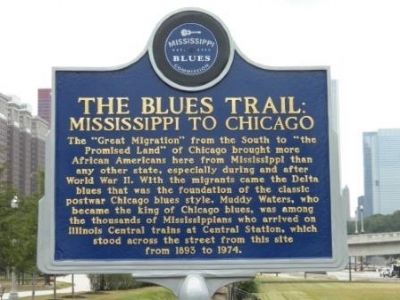 It is important to note that the Mississippi Blues Trail demonstrates the integral musical influences that Mississippi gave to the world, including Rock n’ Roll, Country, R&B, and other popular genres. Most of the markers on the trail reside in Mississippi, but because Chicago was the destination of many migrants, it is impossible to separate the heart and soul of Chicago from the influences of the Deep South Delta.