Sitting near the University of Chicago on Woodland Avenue, the Frederick C. Robie House endures as one of the most architecturally important houses in the United States. Design by Frank Lloyd Wright between 1908 and 1909, and then built in the following years, the Robie has been called the greatest example of the Prairie School style, which was also the first uniquely American style of architecture. Wright himself called the house “a source of world-wide architectural inspiration,” and the Prairie Style (as exemplified best by the Robie House) influenced everything from the Ranch style homes in the countryside to the sprawling, open, and more informal suburban homes. Since the Robie House’s construction, it has hosted three families and a seminary, before it was designated as a U.S. National Landmark in 1963. The house was later listed on the National Register of Historic Places in 1966, as part of the first list conducted by the National Parks Service.

Exterior of the Robie House 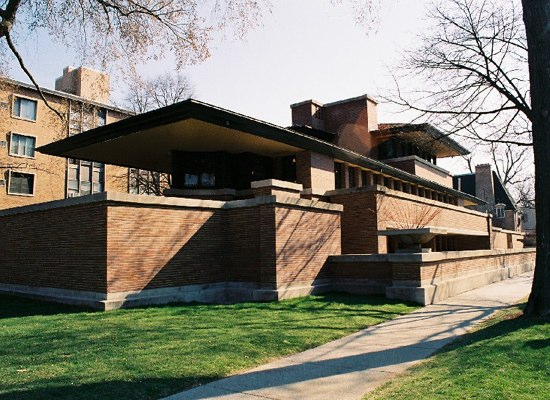 Wide open spaces and large windows defined the Robie House, as well as the Prairie School of Architecture. 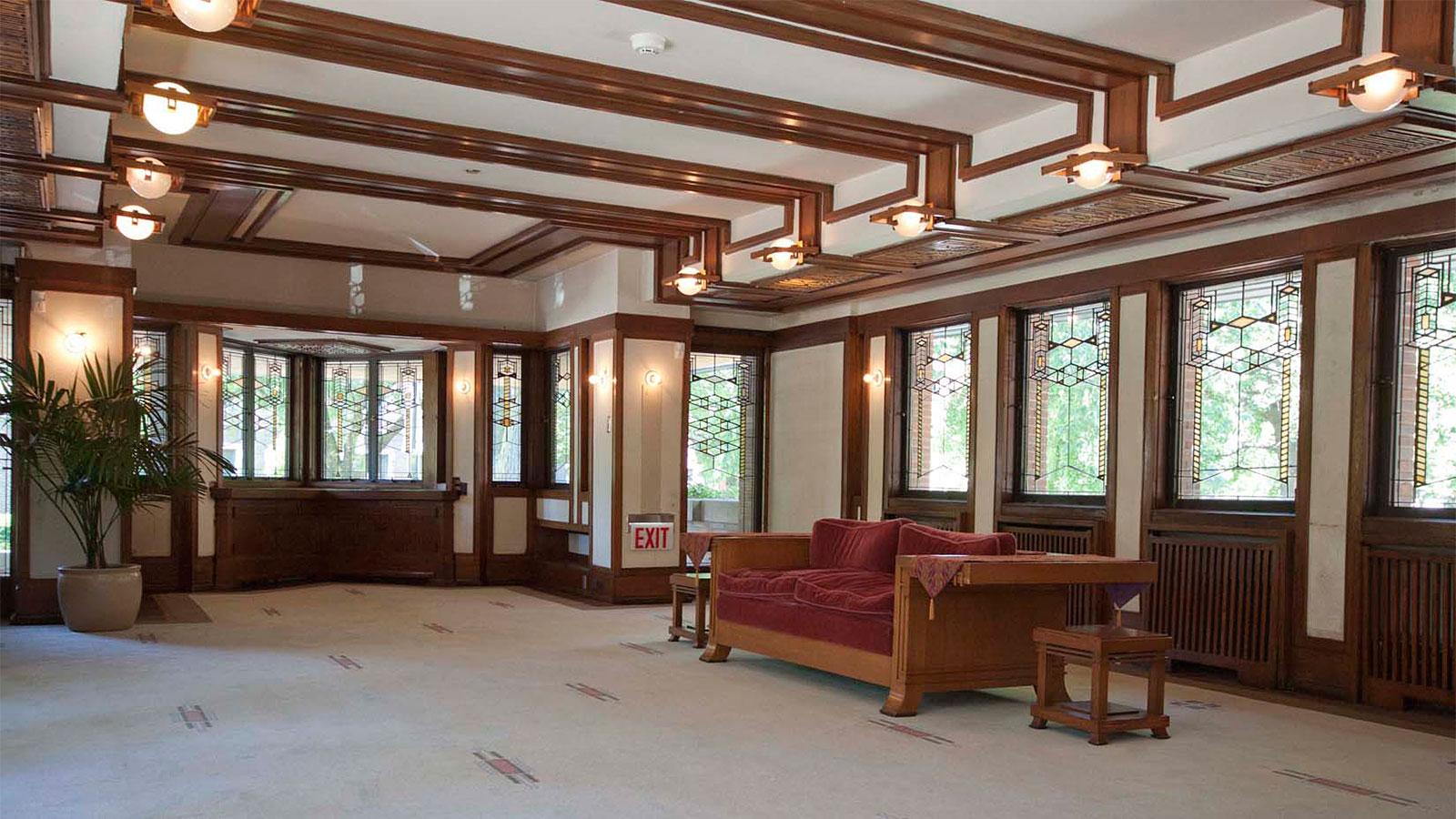 Another view of the Robie House exterior 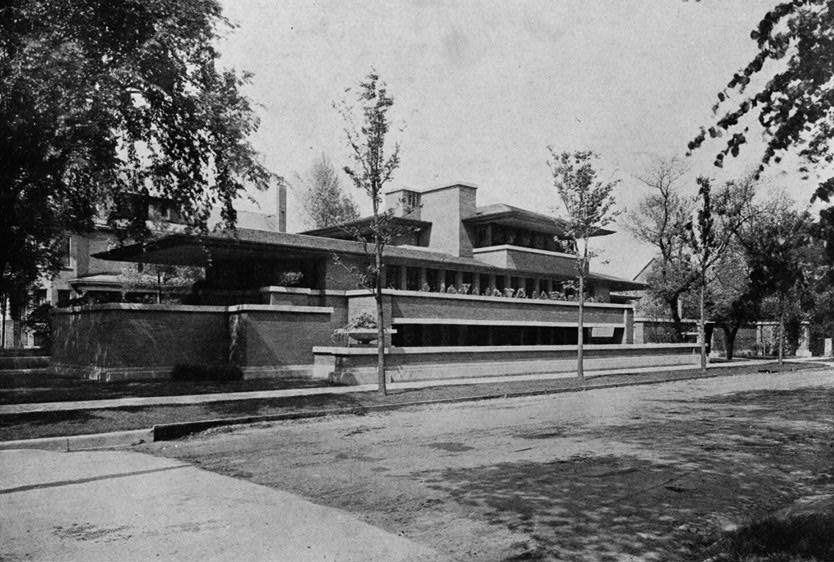 History of the Robie House

While working from his world-famous studio in Oak Park, Illinois, Frank Lloyd Wright drew the initial designs for the Robie House between 1908 and 1909. Frederick C. Robie, the assistant manager of the Excelsior Supply Company in Chicago’s South Side, commissioned Wright to design the house after purchasing a plot of land at his wife’s recommendation.

Wright’s designs followed the designs of the Ferdinand F. Tomek House, which Wright designed in 1907 and 1908. Between 1909 and 1910, contractors from H.B. Barnard Co. constructed the house. Wright left for Europe in the fall of 1909, and therefore did not witness the completion of the home. Including land, designs and construction, and furnishings, the total price of the Robie House was about $58,500, equivalent to about $1.4 million in 2015.

The Robie family, including his wife and two children, moved into the house in 1910, even though it wasn’t completely furnished until January of 1911. Unfortunately, financial problems, the prior death of his father, and the dissolution of his marriage led Frederick C. Robie to sell the house in 1911. The president of Taylor-Critchfield Company, David Lee Taylor, bought the house that same year. Taylor died less than a year later, and his wife sold the house to Marshall D. Wilber, who lived in the home with his family for the next 14 years.

By 1926, the Wilbers sold the house to the Chicago Theological Society, who used the locale as a dormitory for its students. Over time, the Chicago Theological Society threatened to demolish the home to build dormitories. The first threat, uncovered in 1941 by a student from the Illinois Institute of Technology, was postponed due to public outcry, petitioning from important figures such as Mies van der Rohe, and World War II. The second threat, in 1957, was more serious, and a worldwide protest to stop demolition erupted. Even Frank Lloyd Wright, then 90 years old, came to the Robie House and famously declared, “It all goes to show the danger of entrusting anything spiritual to the clergy.”

These threats influenced various organizations to give the house a protected status as a National Historic Landmark in 1963 as well as a Chicago Landmark in 1971.

Most architecturally significant homes around the United States featured European styles, including Gothic revival cottages, Victorian mansions, and Italianate villas. Therefore, near the turn of the 20th century, America lacked a unique architectural style the country could call its own. Because of the creation and implementation of the Prairie Style, and many other reasons, Frank Lloyd Wright endures as one of the most internationally famous architects.

The Robie House shows the most prominent and influential aspects associated with the Prairie School. The exterior features of Prairie Style include long horizontal roof lines, massive overhanging eaves, a continuous ribbon of windows lining the side, and most importantly, large and expansive open spaces in the house’s center. The open interior spaces, reminiscent of the expansive prairies, create a free and flowing atmosphere.

In addition to its model Prairie style architecture, the Robie House also stands as Frank Lloyd Wright’s last design that he made from his famous studio in Oak Park. In 1956, “Architectural Record” chose the Robie House among its top seven most notable residences in America, while the American Institute of Architects, in 1991, named the Robie House as the Top All-Time Work of American Architects. In 2013, PBS created a documentary placing the Robie House within the top 10 buildings that changed America.1