Originally built by Colonel D.W. Adams in 1888, Glendale Springs Inn is a bed and breakfast (it also houses a restaurant) situated along the Blue Ridge Parkway in Glendale Springs, North Carolina. Adams built the "T" shaped hotel to accommodate guests who traveled to the nearby springs, which was popular during the turn of the century. The hotel was very successful for twenty years, operating as a vacation resort inn. It was placed on the National Register of Historic Places in 1979. 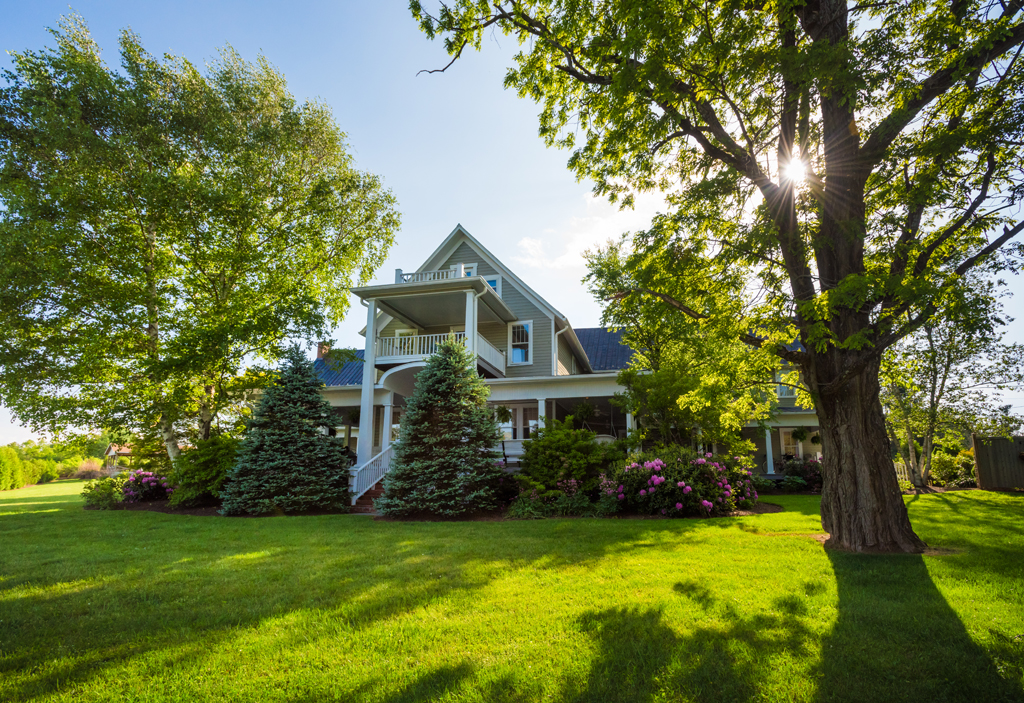 A view from the wraparound porch 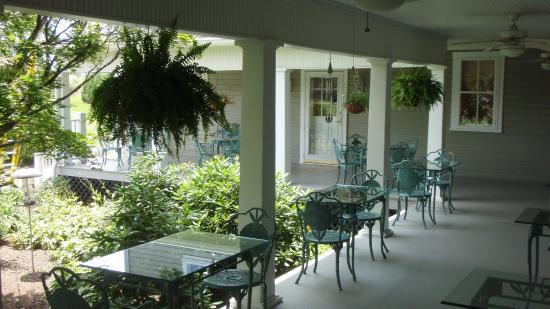 Businessman Thomas Bowie bought the property in 1921 with the goal of developing the area as a major vaction resort. However, the Great Depression derailed his plans. The building then served as the headquarters for the local chapter of the Works Progress Administration, whose workers built the Blue Ridge Parkway. During the following decades, the building became a boarding house, community center, and a private residence. It became a bed and breakfast in 1995.