Formerly the residence of Nashville's Cheek family, the 30,000-square-foot Georgian-style mansion was opened as a museum in 1960 and houses the Cheekwood Botanical Garden and Museum of Art. The art collection contains photographs, paintings, prints, and sculptures and focuses on American works dating between 1910-1970. Other artwork includes Chinese snuff bottles and one of the largest collections of English Worcester porcelain. The estate is considered one of the finest examples of the American Country Place Era period, as it has retained much of the original property. The mansion and grounds were designed by architect Bryan Flemming, who considered one of the best architects and landscape designers of the time. The estate was added to the National Register of Historic Places in 2000. 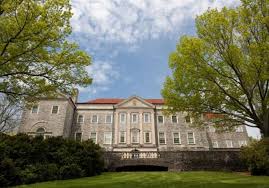 Leslie Cheek made his fortune from his family. His father, Christopher, and Christopher's cousin, Joel, started a wholesale grocery business in 1890. They also got into coffee making as well. They became very successful and sold their company for $42 million in 1928, which was an enormous sum at the time. Leslie earned a portion of this money, which allowed him to build the mansion. He and his wife, Mabel, traveled to Europe in 1929 to study architecture and collect art and furnishings. They finally moved in in 1932 and for the next twelve years often hosted lavish parties. The estate became a museum in 1960