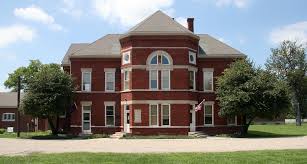 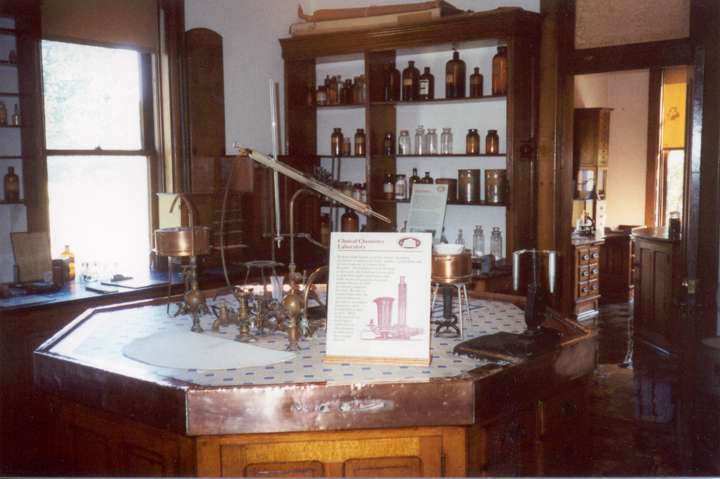 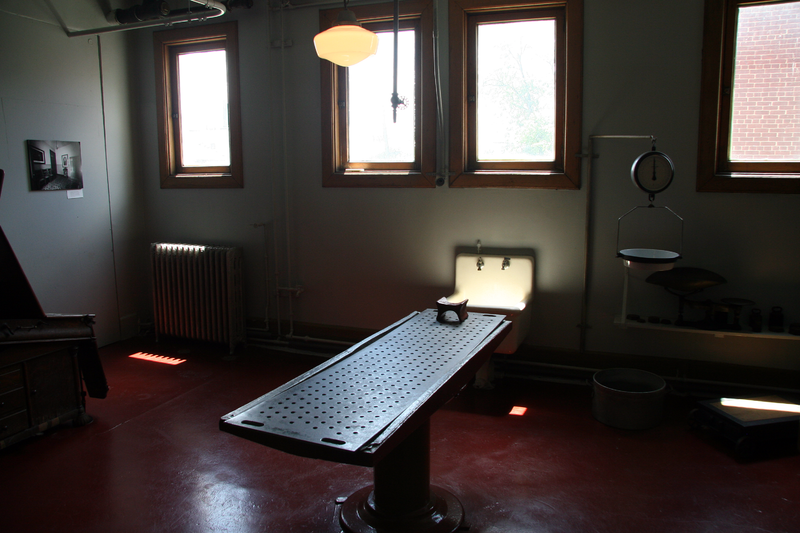 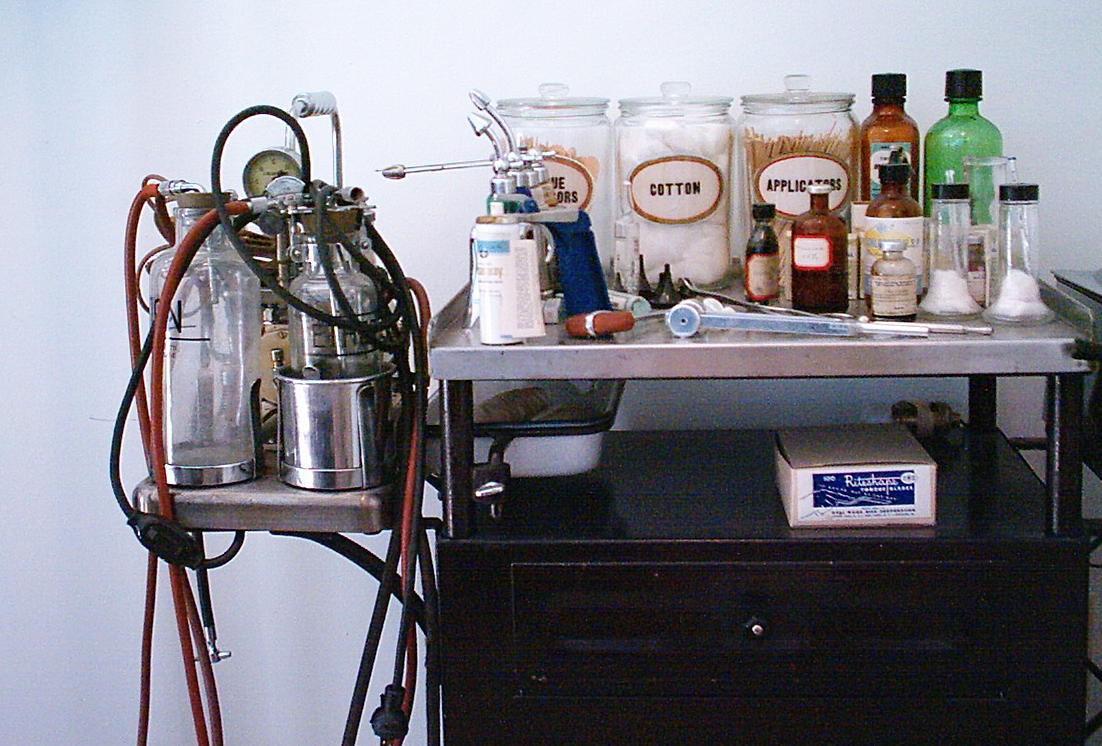 The Old Pathology Building, which houses the Medical History Museum, is located on the grounds of the Central State Hospital. This hospital, which first opened in 1848, was known as the Indiana Hospital for the Insane. Among the 160 acres comprising the hospital grounds, the Old Pathology Building endured as one of the central buildings for mental health research and education.

Within the first years of hospital operation, however, doctors only worked with five patients (1848), though the number of admitted patients grew incrementally every year. By 1896, the year the Pathology Department opened, the hospital had developed comprehensive standards for the diagnosis and treatment of schizophrenia, depression, general paresis, hysteria, alcoholism, senile dementia, and epilepsy.

In order to conduct more thorough research and find more conclusive treatments, the hospital opened the Pathology Department. The height of the hospital’s treatment programs was in 1950, when it housed over 2,500 patients.

At the time of its construction, the Pathological Department of Central State Hospital was a state-of-the-art, two-story building. Among its 19 rooms, the building featured an 150-seat amphitheater, chemical research facilities, a morgue, a library, mental research laboratories, and several other rooms.

Because of the optimal educational capabilities of the facility, the Medical College of Indiana and the Central College of Physicians and Surgeons taught classes between 1900 and 1908. The schools would eventually merge, and continue teaching neurology and psychiatry until 1956.

Although most of the buildings at the Central State Hospital fell into disrepair by the 1950s and 1960s, the Old Pathology Building remained in near-pristine shape. The building became the Indiana Medical History Museum in 1969 and opened to the public in 1984.1

Because of the Pathology Building’s good condition and its historic role in advancing psychiatry, the Medical History Museum stands as one of the foremost centers focusing on the role of psychiatry in the early 20th century in the United States. The mission of the museum is “To present the rich medical history of Indiana - past, present and future - by preserving the Old Pathology Building, collecting medical artifacts, and providing exhibits, publications and programs.”

A good indicator of what to expect at the museum is its visitor’s warning, which states, “Young children and visitors sensitive to topics such as mental illness, death, and autopsy may find the museum disturbing. Human skeletons and preserved organs are on display at the museum.”

The museum houses over 15,000 relics related to both medical history and pathology. Some exhibits featured at the museum have included “Lobotomy: Intentions, Procedures, Effects” and “Eight Decades of Leading the Way for Kids: The History of The Social Health Association of Indiana.”

The Medicinal Plant Garden on the museum grounds features over 90 species of medicinal plants, which includes herbaceous spices, annuals, vines, shrubs, trees, and many other specimens. The Garden stands as an aesthetic pleasure as well as an educational tool.

The other major feature of the museum, the aptly-called “Doctor’s Office,” is a dedication piece celebrating family physicians who worked in Indiana prior to WWII. This exhibit includes the intact office of Dr. Marion Scheetz of Lewisville, Indiana.2

A scene from the 1988 film, Eight Men Out, was filmed in the building. The film covers the 1919 World Series scandal when 8 members of the Chicago White Sox team intentionally threw the game for profit.