St. Mary of the Lake Church

St. Mary of the Lake Church and Holy Family Church is a Roman Catholic Church, constructed on the site where the congregation was founded in 1889. The new cathedral features a Spanish-style bell tower and ornate details throughout the interior and exterior of the building.

St. Mary of the Lake Church 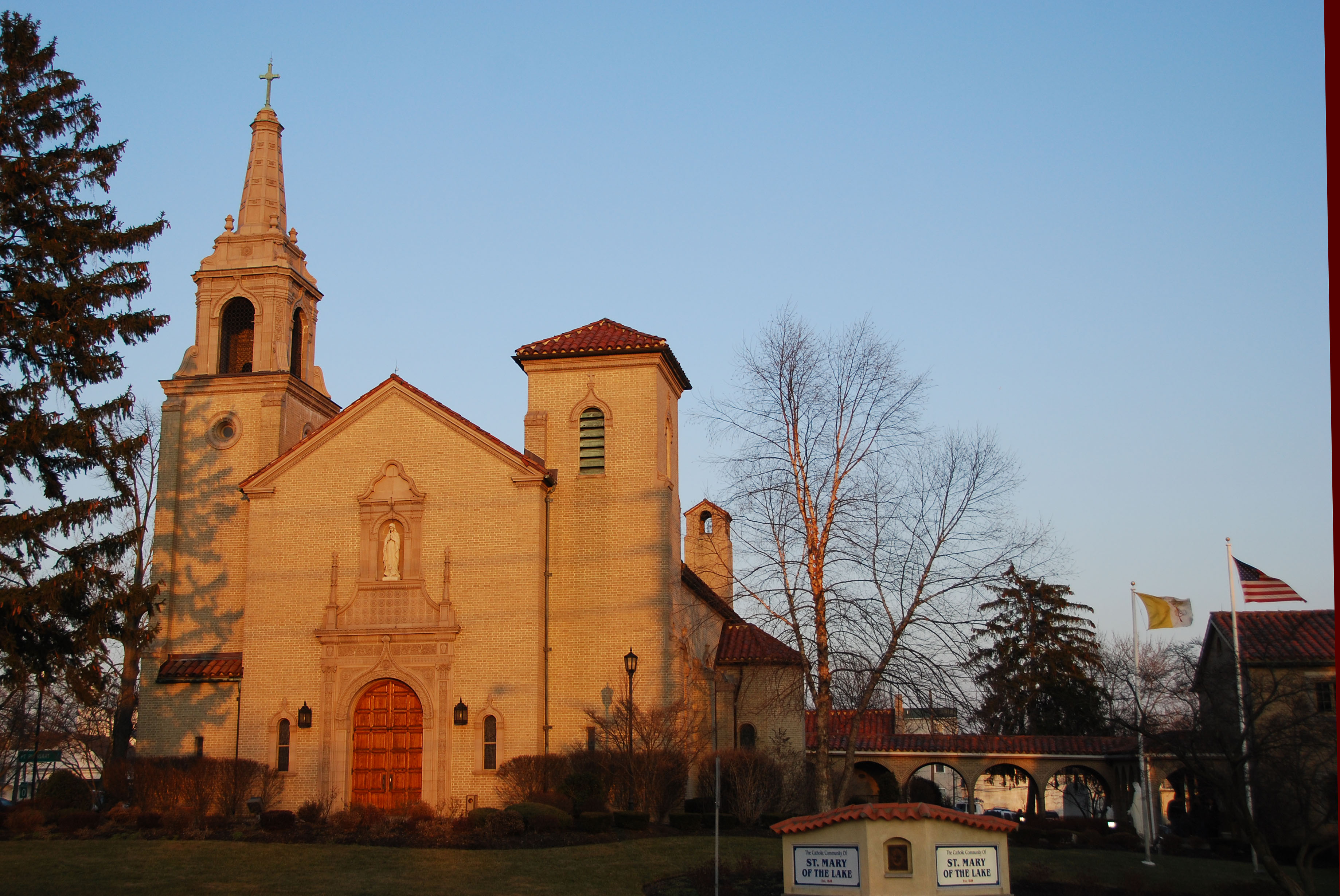 The Reverend Thomas B. Healy formed the first Catholic congregation in Lakewood in 1889. In 1890, a frame chapel was erected on the south side of Second Street, later to be moved to Madison Avenue. When that church needed to expand, the little, historic chapel was moved to the grounds of Georgian Court College.