Wendover Air Force Base and Museum

Wendover Air Force Base is located just south of the town of Wendover, Utah. Construction of the base began in 1940, as tensions between the US and Japan rose while war gripped Europe. Construction was mostly completed by March of 1942. At that time, the base serves as a heavy bombardment training site for B-17 and B-24 bombers. The site was selected for the outlying area's potential as a bombing range, which covered over 1.8 million acres. The size of the base, including this bombing range, was 18-36 miles wide and 86 miles long, making this the largest military base in world history. In all, 21 bomber groups and 1,000 air crews trained at the base. Three of these groups were awarded the Medal of Honor.

The museum building, with the WWII-era control tower behind it. 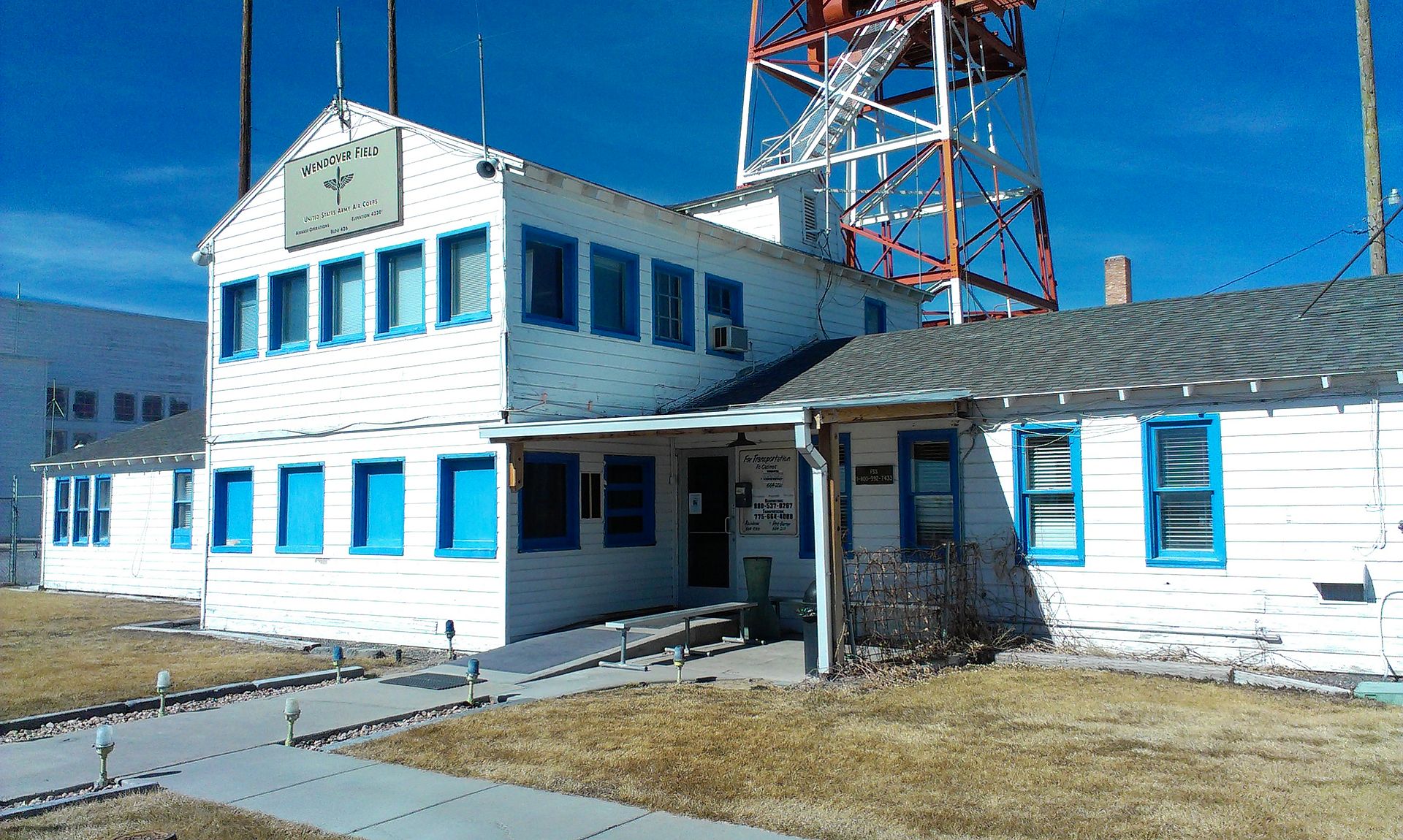 Aerial view of the former base. 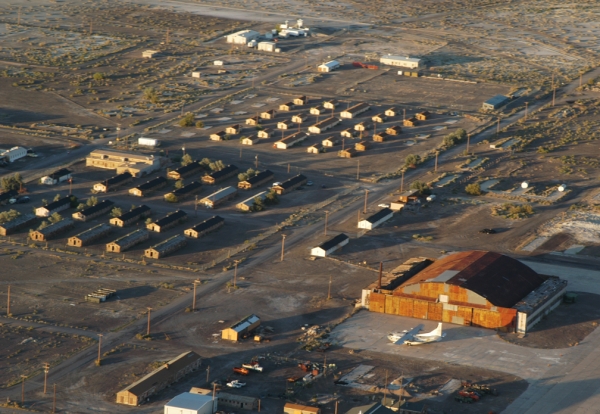 The hangar that once housed the Enola Gay. 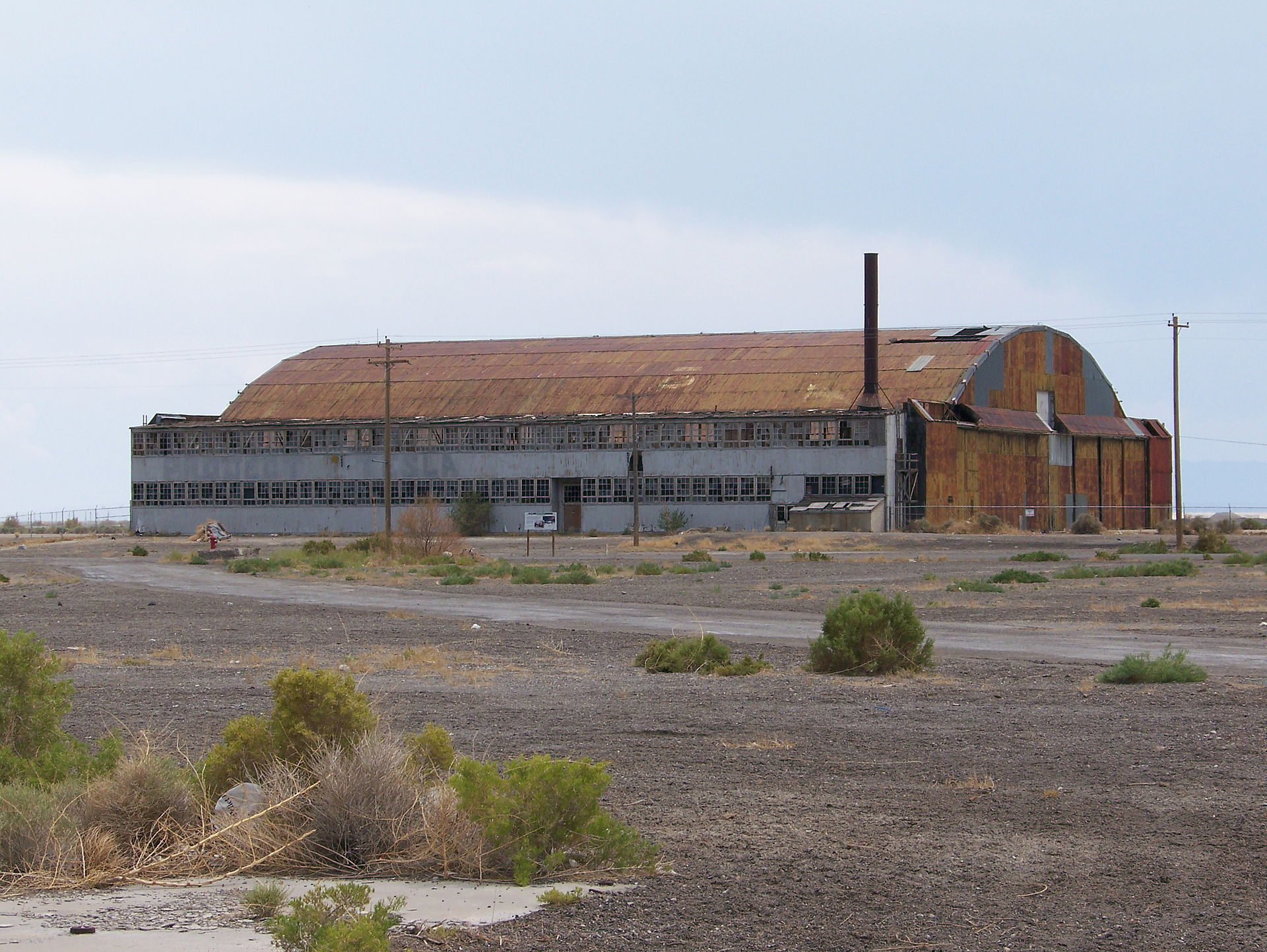 Some of the former barracks 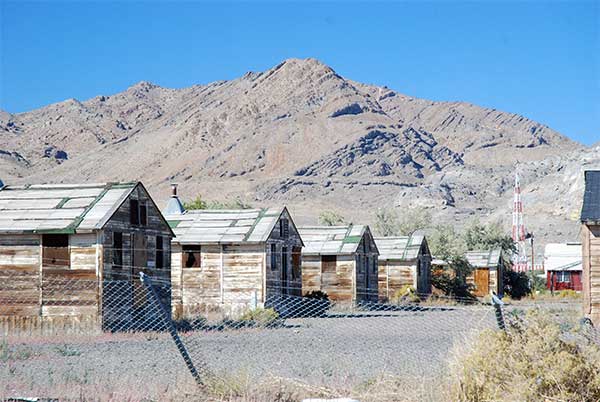 The most famous unit that trained here was the 509th Bomber Group, which included the flight crew for the B-29 bomber dubbed the Enola Gay. This aircrew dropped the atomic bombs on Hiroshima and Nagasaki in 1945.
Many of the bases original buildings are still in existence within the former military complex, albeit in ruins. A museum allows visitors to get a glimpse of what life was life for the people who lived and trained here. Part of the area is utilized as a public airport, while the U.S. Air Force still uses a portion of the former base and range for live bombing training. The base was placed on the National Register of Historic Places in 1975.