The Mountain Meadows Massacre Site marks the location of one of the largest massacres in U.S. History. On September 11, 1857 excommunicated Mormon militiamen murdered 121 men, women, and children who were traveling in a large wagon train from Arkansas, and other states, to settle in California. The militiamen feared that the settlers were part of a government effort to occupy what was then the Utah Territory, which was claimed by the Mormon Church founded by Brigham Young. Only 17 children were spared. And only one of the 54 militiamen was tried and executed 20 years later. The site was placed on the National Register of Historic Places in 1975 and designated a National Historic Landmark in 2011.

One of the three memorials at the site. This one was erected in 1999. 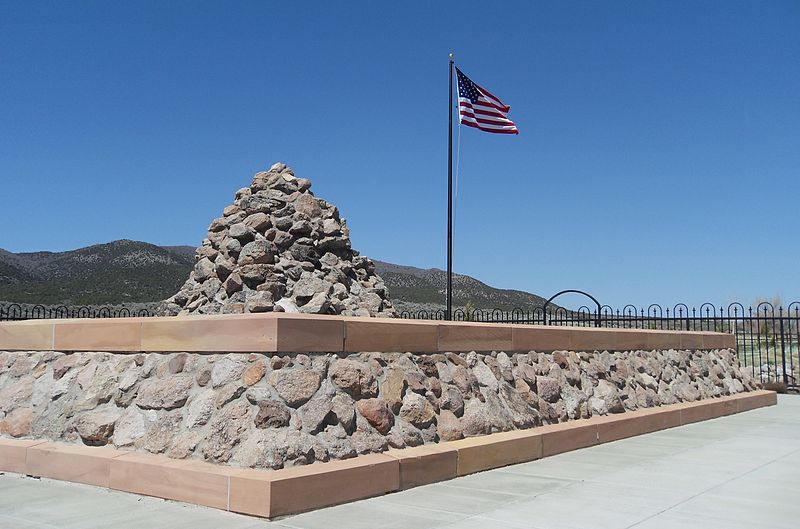 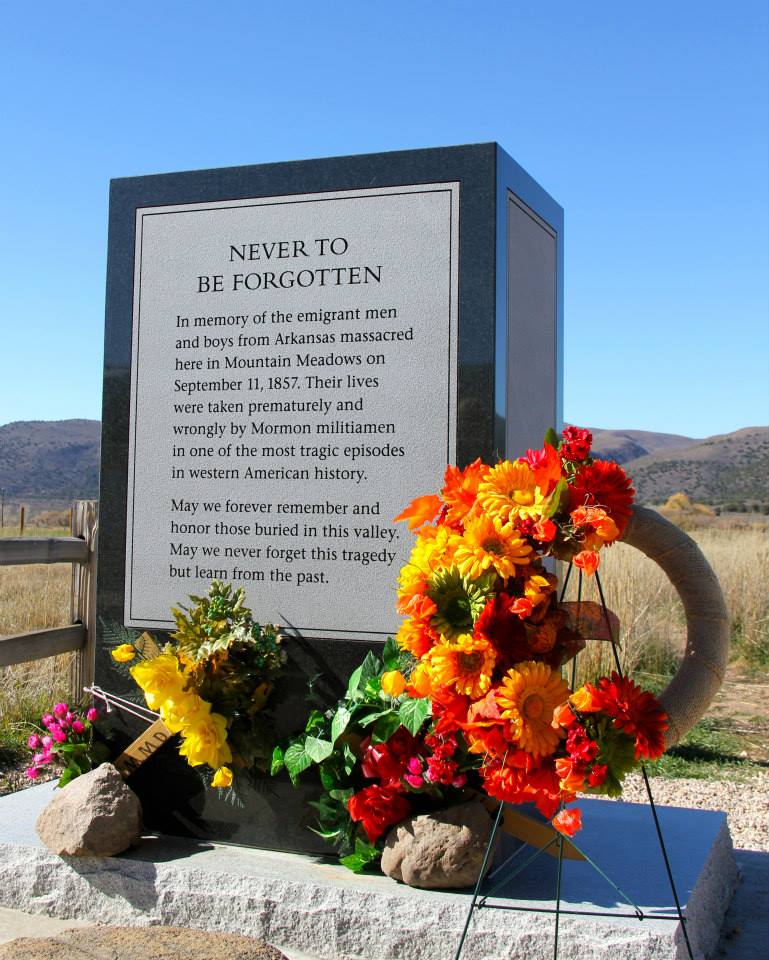 The massacre took place during an armed confrontation called the Utah War between (from May 1857-July 1858) Mormon settlers and the federal government. President James Buchanan sent troops in what was called the Utah Expedition to bring the territory into the United States. Mormons had escaped persecution in other states and were fearful that this would resume once again. Tensions became very high, and some members of the community armed themselves. This was the context that led to the massacre. The excommunicated militia members at first claimed that Paiute Indians murdered the people but this was later proven false.

Popular belief, with the help of Juanita Brooks 1950 book on the Massacre holds that the event was orchestrated by Brigham Young and local members and sought to cover it up, if not blamed some church members for be fiery in rhetoric when the people later attacked had mocked church members by claiming they had the gun that killed the prophet Joseph Smith Jr. However, what has been overlooked was Young's warnings to leave the travelers alone and when those wanting to attack heeded not, Young excommunicated them before they attacked the train. After finding out the attack went on, Young had the men tried in court. In the end, all works on the Massacre made the church MORE open about this part of its history, something never truly hidden by church authorities. A monument was made and dedicated by the church president, Gordon B. Hinckley, in 1999. The church later helped make the site a National Historic Landmark in 2011.