In 1873 the Clam Lake Canal was dug between Big and Little Clam Lakes, present day Lakes Mitchell and Cadillac.The purpose was to move logs to the mills in Cadillac. Today the channel serves the area's recreational boaters.

Canal in about 1880 Logs were placed along the sides in order to get the floating logs to move through. 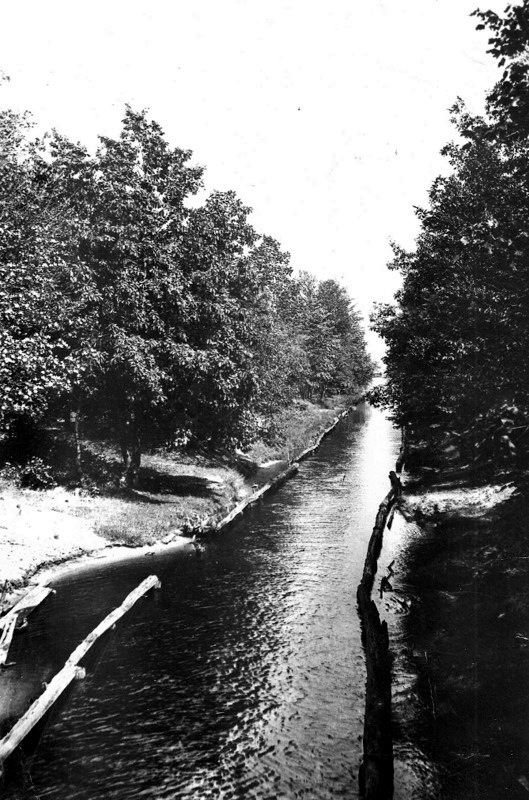 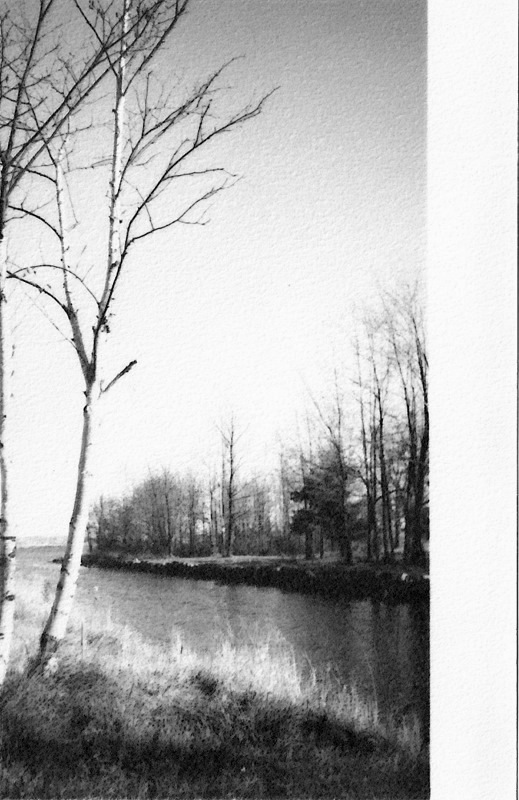 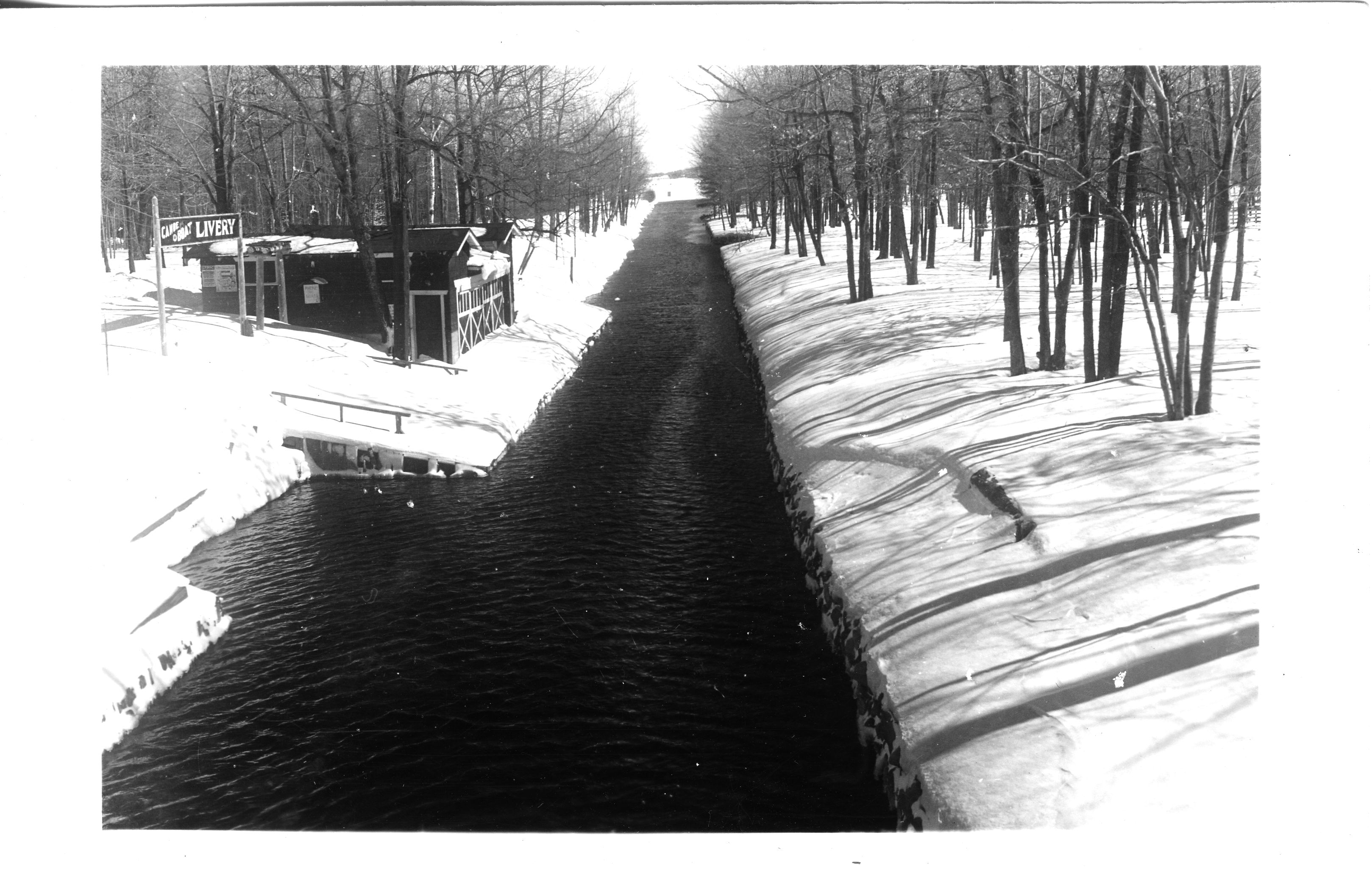 Recreation on the canal 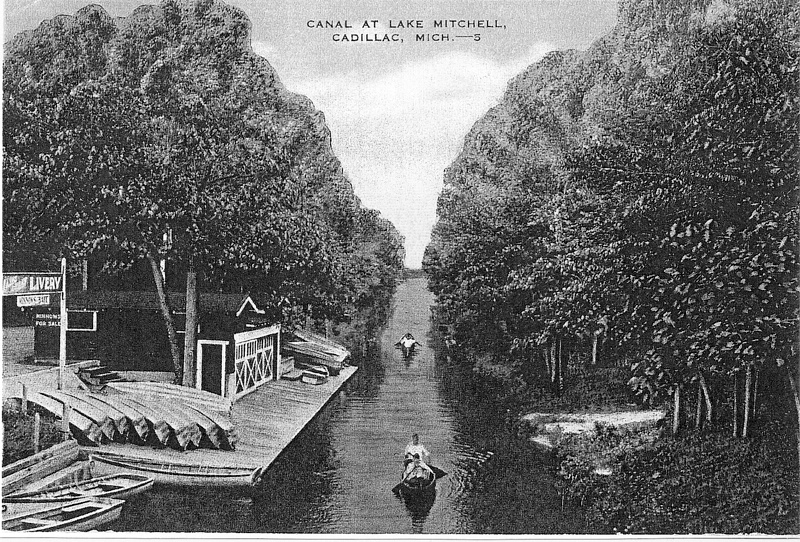 Canal as it appears today 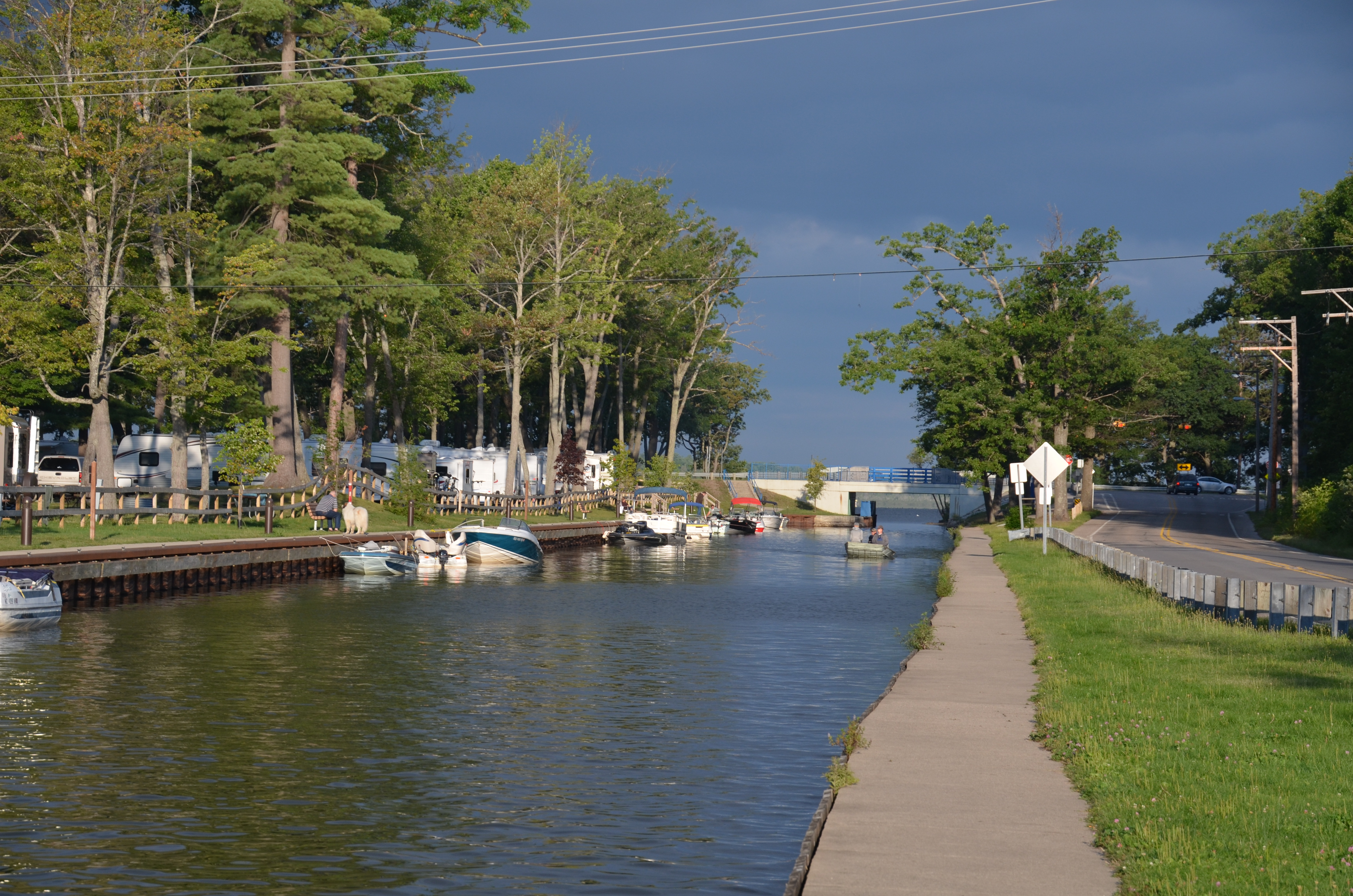 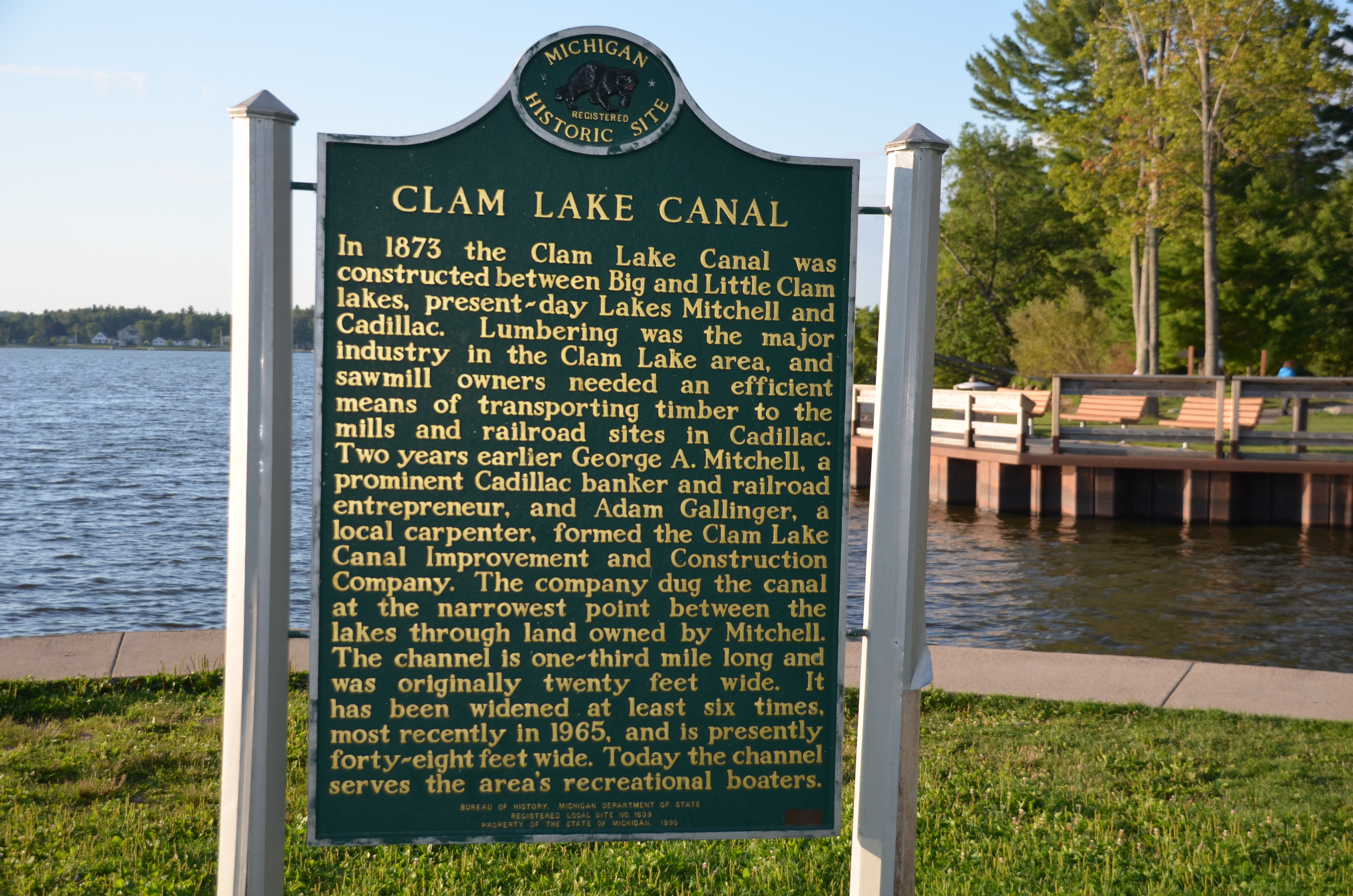 In the early 1800s lumbering was the major industry in the Clam Lake (now Cadillac) area, and sawmill owners needed an efficient means of transporting timber to the mills and railroad sites in Cadillac.In 181 George A. Mitchell, a prominent Cadillac banker and railroad entrepreneur, and Adam Gallinger, a local carpenter, formed the Clam Lake Canal Improvement and Construction Company. The company dug the canal at the narrowest point between the lakes through land owned by Mitchell.

The channel is one-third mile long and was originally twenty feet wide.  It has been widened at least six times, and is presently forty-eight wide.

There is an interesting and somewhat mysterious phenomenon associated with the canal seen by locals.  In early winter each year the canal water freezes over before the lakes do, then when both lakes freeze solid, the canal water thaws and remains open the rest of the winter.