The Big Thicket National Preserve played a crucial role during a large and important conservationist struggle that was going on in the 1960s and 70's that eventually led to it's own creation in 1974. The Big Thicket plot of land, scattered in East Texas across 7 different counties, is home to over 84,550 acres of wildlife and forests, and once established, it was the first preserve of it's kind in the history of the National Park Service. Conservationists faced many obstacles while fighting to save this large ecosystem from being wiped off the map, such as deforestation for lumber, unprecedented oil field development, and railroad development through the natural territory. 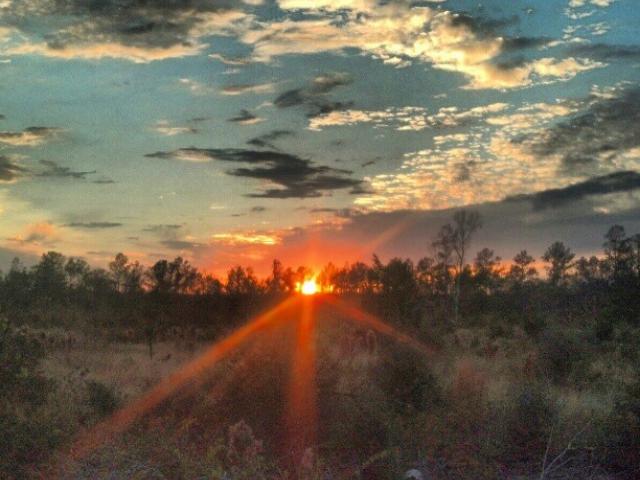 The Big Thicket National Preserve is located in Kountze, Texas. 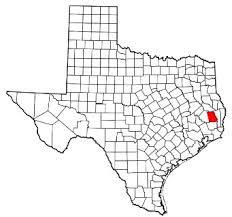 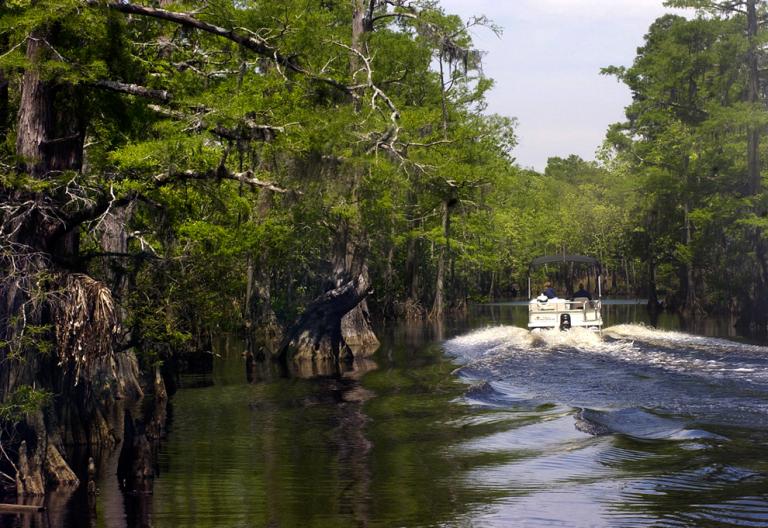 The Big Thicket National Preserve is much more than just a 84,550 acre plot of land that conservationists decided to turn into a park for tourists and locals to visit. The Big Thicket used to be over 2,000,000 acres wide, and up until the early 1800s, not a soul dared to venture into it's twisted brambles and dark underbrush. As time marched on, Native Americans who lived in eastern Texas moved closer to The Big Thicket, as did both French and Spanish troops as they fought over control of the surrounding territories. Later, in the 1820s, the Mexican government allowed Americans to enter The Thicket to harvest timber and lay railroad tracks as well. The Big Thicket faced assault for many years, and thousands of it's acres were cut and burned down before conservationists finally took a stand to save what was left of the bountiful forest.
During the beginning of the 1800s, the Bidai, Akokisa, and Hasinai Indians were some of the first groups of people to utilize The Big Thicket, but they were also the group that least had a negative impact on The big Thicket since they only entered it to hunt or gather. Several years later, The Spanish began to make their way through The thicket in order to make their way through Texas as they fought with The French over neighboring territories. These two groups still didn't alter the environment very much at this time. The final assault on The Big Thicket was by far the worst, and it began in the 1820s, when the Mexican government allowed Americans to begin clearing out the forest for the timber, and to also build oil rigs and railways. The Big Thicket took another large blow when the leaders of the Confederacy burned down 2,000 of it's acres, searching for men, or "jayhawkers" who had fled the south because they did not support the Confederate cause. By the early 1900s, The Big Thicket had taken a beating.
It wasn't until 1927 when finally someone took a stand to fight for the conservation of The Big Thicket, and that person was R.E Jackson. Jackson organized The East Texas Big Thicket Association, which, while it didn't last very long due to the WWII timber demands, did attract two very important botanists who went on to survey the forest. Hal Parks and Victor Cory found a wide array of flora and fauna that flourished in The Big Thicket ecosystem, and they went on to publish a report about what they had found that gained publicity for the forest. In 1964, The Big Thicket Association formed, and their members began to persuade the federal government to make arrangements for a national park survey team to explore The big Thicket and determine it's eligibility to become a national park. Finally, in 1970, a decision was made to preserve a large portion of The Big Thicket, and the first preserve unit was to be opened in 1977, and the rest of the units by 1980.
The Big Thicket National Preserve is a sanctuary for over 1,000 types of plants, and over 2,000 animal and bug species. The Big Thicket is composed of seven larger units, all of which have trails for walking, biking, or hiking, and a welcome center can be found on each site with maps of the different trails that are open for exploration and discovery. There are programs offered at the preserve for children that would like to become junior park rangers, as well as exhibits and hands-on activities for groups of all ages to look at and take part in at the welcome centers. The Big Thicket National Preserve is the product of the constant struggle that has always existed between urban and rural views of the wilderness and how much value that it holds.