The Bemis Mill Village Museum is dedicated to preserving the history of Bemis, Tennessee. It is located in an auditorium built in 1922 that is part of a historic district that was placed on the National Register of Historic Places in 1991. The building was designed by architect Andrew Hepburn, who was later hired by John D. Rockefeller to design Colonial Williamsburg. The museum is managed by the Bemis Historical Society, which incorporated in 1991 and acquired the auditorium in 1992.

Operated by the Bemis Historical Society, the Bemis Mill Village Museum preserves the town's history. It is located in the former Bemis Auditorium which was built in 1922. 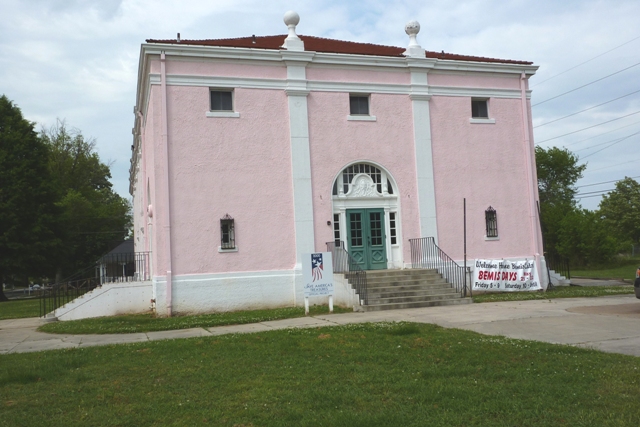 The town of Bemis is a good example of an early 20th-century industrial company town, meaning its establishment and creation was initiated by a manufacturer, which in this case was Bemis Brothers Bag Company. The town was founded in 1900 and the Auditorium was part of the third phase of construction. The Auditorium was host to theater productions, musical performances, and high school graduations, among other events.